You’re paying for their corruption

I’ve had it up to here hearing people say they don’t mind if ministers are corrupt if their good work makes everyone that little bit richer. Never mind choosing between right or wrong, that these people would not distinguish if right floated towards them on the backs of doves until wrong stabs it in the back with a spoon. They should at least realise they would be much better off if corruption was not bleeding them dry.

Take today’s Daphne Project story giving details of the corrupt Electrogas power station deal. Remember when Joseph Muscat said you’re going to be worse off because the contractor hired to supply a power station paid its local agent a margin?

They chased the local agent around like he was a criminal and tried to imply that when a local business makes money from a deal won by their principal, that’s corruption and clients are worse off. Obviously complete crap.

They then proceeded to buy a new gas plant making it sound like this was a good idea. They also said they’d lock the price for years and they made that sound like a good idea.

It was and is a rip-off. A corrupt deal they made money from personally while you pay twice as much for your electricity than you would need to.

I’m not blinding you with graphs. Just giving you a general idea.

Konrad Mizzi locked the price gas is bought at from his Azerbaijan buddies at 2015 prices. The price of electricity has been down ever since but you kept paying the same rate since then. Last year Malta paid for gas at rates double what of the rest of Europe paid. Obviously this was charged back to you.

The difference was pocketed by Konrad Mizzi’s Azerbaijan friends.

No wonder he and his mate Keith Schembri were expecting to cash a 150,000 euro a month each on top of their government salaries.

They get rich. You pay.

How do you pay? Have you noticed how your electricity bills are coming more frequently? That’s to manipulate your cheaper-electricity allowance. I will go into detail about how that scam works elsewhere but some people are paying four times as much as they should be just by ARMS manipulating their billing frequencies.

You’re paying much more than you should and you don’t know it because the Labour Party is not out there rolling in the mud of spin and hysteria that won them the election in 2013.

Instead there is a Parliamentary Opposition that seems entirely unaware of what is going on because what was first uncovered by Daphne Caruana Galizia is outside their speaking briefs.

Is anyone seriously ok with this?

Before they closed this deal our Konrad Mizzi and Keith Schembri flew alongside Joseph Muscat for a tête-à-tête with Ilham Aliyev. Mizzi and Schembri walked out made. Nexia BT’s Brian Tonna fixed the whole thing.

And Joseph Muscat? Oh he fixed this out of the goodness of his heart. Of course he did. 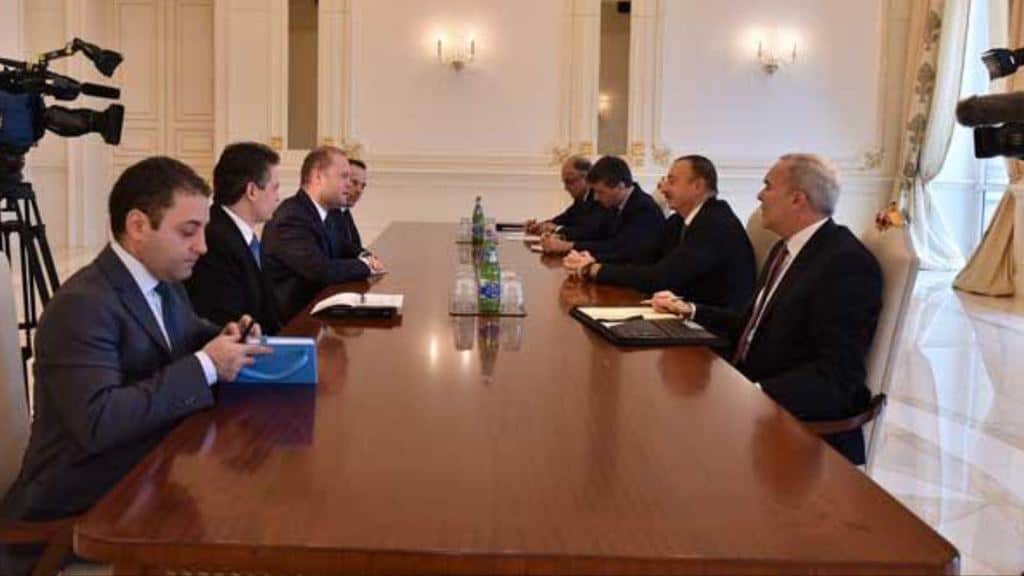 I’ve had it up to here with people saying they’ve heard it all before. Of course you have, you jaded, self-absorbed masochists. Daphne Caruana Galizia told you all this. They denied it and called her a witch until she died.

And you said ‘there’s no proof’. Here it is. What will you do now? Will you continue to hope Daphne Caruana Galizia fights for you while you stay at home toying between moderately guilty helplessness and a healthy sense of self-imposed sunny disposition to not worrying about what you cannot change?

They’re robbing you. At least have the self-respect of showing up on Sunday afternoon and say you can’t have this anymore. If not to ask for justice, show up to ask for your money back.