Malta has fallen upon dark times and it has been a long time coming. The dark cloud started looming over Malta around the time of the 2013 general election, when the Labour Party were voted into government and Joseph Muscat took Lawrence Gonzi’s place as Prime Minister. That was only the beginning.

Fast forward a few years and the Panama Papers were published, thus exposing the fact that Konrad Mizzi and Keith Schembri owned the infamous offshore companies, Hearnville Incorporated and Tillgate. As people took to the streets to protest and demand the resignation of the Mizzi and Schembri, the Prime Minister remained indifferent. Why? Why didn’t Joseph Muscat ask for Mizzi and Schembri to resign?

In the meantime, Daphne Caruana Galizia published hundreds of other reports about several other scandals and dark deeds happening in Malta’s political underworld. Despite the criticism and threats, she bravely wrote on (as Manuel Delia is doing now). She didn’t let it get to her and focused on keeping the Maltese population informed about the goings-on in the country that weren’t being reported elsewhere. Daphne did this knowing that she was risking everything and knew the only way she could ever be silenced was if she was killed. Her courageousness was ultimately one of her most striking qualities, but many found it a threat. So they killed her on the 16th October 2017 because of her writing.

Around the time of the general elections of June 2017 -which Joseph Muscat called early (and again we must ask ourselves why he did this) – Daphne like any other Maltese citizen who felt they had to fight the corruption that spread and grew like a wildfire, did her part. As did Simon Busuttil – who had a brilliant campaign and a great sense of what is right. Although the election results did admittedly shock me, as they must have shocked quite a number of people, they didn’t shock me as much as the fact that Simon Busuttil and Daphne Caruana Galizia were being blamed for the Nationalists losing the election. The Nationalists lost the election because the majority of the Maltese population had no idea of the implications of a Labour government and remained complicit.

In the months that followed, Adrian Delia became the leader of the Nationalist Party. A party which I can’t say fully has my trust and that I have started to become sceptical about (except for a handful of members, who I believe truly want the best for their country and their party). It is no longer the Nationalist Party I grew up knowing and supporting.

As young people, my peers and I are going to be left to face the consequences. Your children, grandchildren and descendants will be left to face the consequences. So think about that before you support a political party blindly. Think about that and put that before any personal gain or agenda you might have because no amount of power or money is worth the freedom that is slowly being lost.

That is what Daphne believed and that is what I believe too. It is what you should all believe, whether or not you like it because the dark cloud looming over Malta is only getting bigger and stronger and it must be stopped before it is too late. 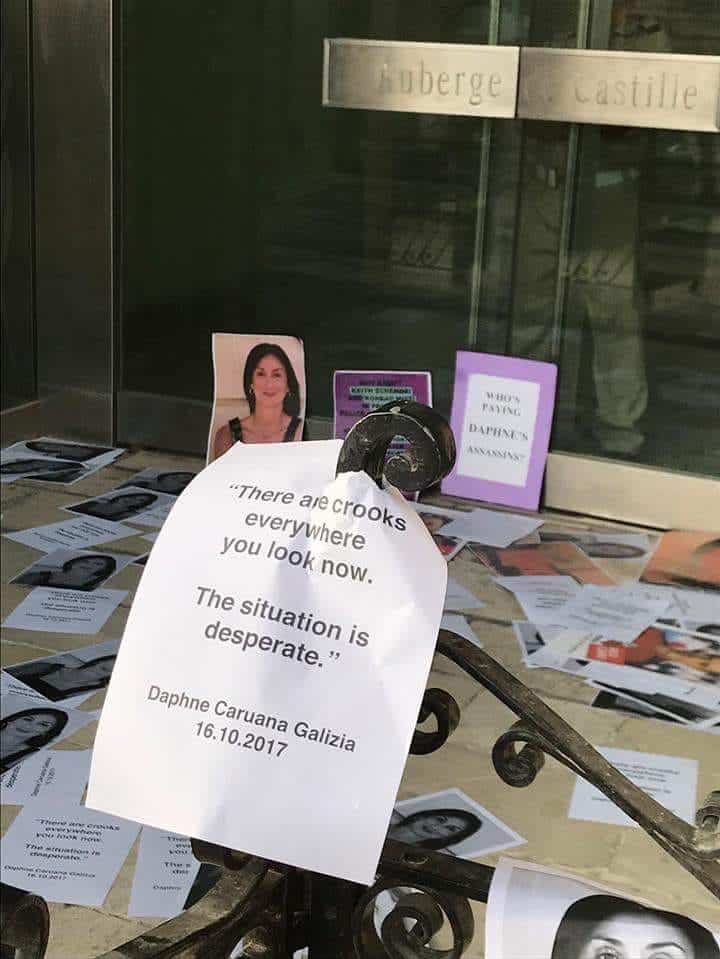 Previous:Mossack Fonseca did not know who 75% of their clients were. Did we rely on their staff to identify Egrant?
Next:Top Comment: Would I lie to you baby?