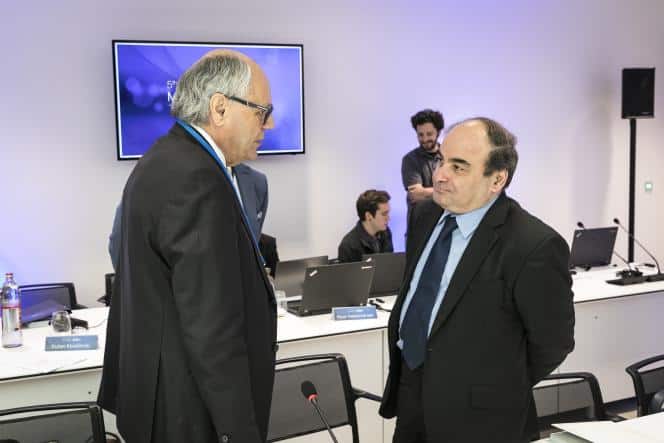 When Labour came to power in 2013, they put the civil service to the guillotine putting all but two of its top managers out to pasture. The top civil servant and almost all ‘permanent’ secretaries were removed in one of the first government initiatives that would demonstrate the utter contempt this government would show to constitutional institutions.

One of the very few survivors was Alfred Camilleri, then as now, Permanent Secretary in the Ministry of Finance.

Alfred Camilleri was a respected and powerful mandarin before 2013 as befits his role. All financial decisions went through his desk, and if he withheld his rubber stamp from a minister’s initiative, it wouldn’t happen. He restricted government expenditure to a deficit-dissolving discipline. Public sector recruitment, even when replacing natural attrition, was effectively halted under his watch.

He even battled Lawrence Gonzi when the prime minister wanted to cash early on the expected savings in energy costs brought about by the new power station and the interconnector to Sicily. Alfred Camilleri insisted energy bills could only be reduced after the savings materialised. Financial prudence necessitated this approach.

Alfred Camilleri’s tough, no-nonsense ability to stop Ministers in their track earned him the admiration of the senior politicians he caused so much trouble to. Lawrence Gonzi contrasted him with Peter Grech who as Attorney General was a piece of malleable putty in comparison. Peter Grech would belly dance while yodelling if that is what he thought the prime minister wanted from him. Lawrence Gonzi was heard by his advisors telling Peter Grech ‘tell me what you think, not what you think I want to hear’. He never needed to tell that to Alfred Camilleri.

It was no surprise that Peter Grech developed a working relationship with the new Labour government. The shapeshifter simply adapted his dance to the new piper’s tune.

Alfred Camilleri’s relationship with the new government is a mystery. There was no collegiality when the government kicked out all but one of his colleagues. The discipline on recruitment went out the window as the government started collecting ‘persons of trust’ like a hoarder collects old newspapers.

Famously energy bills were cut on the hope that a power station for long a twinkle in Konrad Mizzi’s eyes would eventually materialise and generate savings.

Director orders to cronies have become the order of the day rather than the exception.

Public procurement has become a front for a corporatist distribution of spoils shared between the usual suspects.

International regulators and law enforcement agencies are finding evidence of rampant inadequacy, or worse, in our own regulators.

Where’s Alfred Camilleri in all this? What happened to the steely mandarin whose leaden steps echoed in the corridors of power before 2013? Has he converted to a new faith were public administration does not need to be proper? Or is he enamoured of his survival and now knows what’s best for him? Was this all planned and arranged before 2013 and were his arguments for restraints merely serving the interests of an opposition Labour Party seeking to benefit from a disciplined administration?

For all we know his signature is on a thousand protesting memos in the files of the Finance Ministry advising against this or that decision and then over-ruled by the politicians. But there’s a point when fighting the battle from within is no longer a service to the public. It becomes complicity propping up bad administration with one’s presence if not with one’s advice.

Alfred Camilleri cannot rely on his eventual absolution because he advised against the corruption and the bad governance that plagues this government. That is the excuse of Albert Speer that he never pulled a trigger on anyone. But there he was making the guns.

There can be no doubt that though the role of government’s Financial Secretary is on paper unchanged since before 2013, the incumbent has undergone a metamorphosis. From a stern disciplinarian, he appears to have turned either into a dissolute libertarian or a silent witness.

The greatest trick Joseph Muscat pulled is to have people exchange their survival with their responsibility, dignity and self-respect.