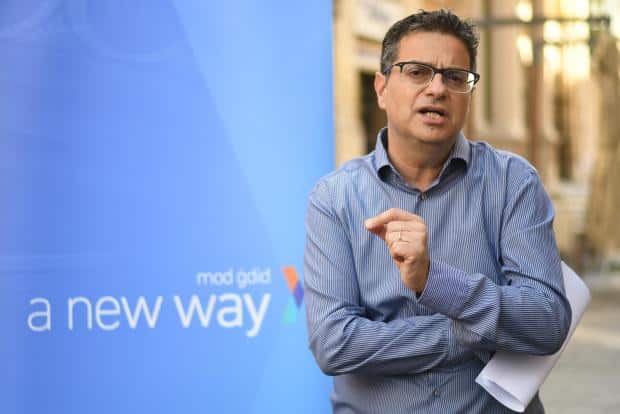 In a short radio interview yesterday morning Adrian Delia continued with his self-immolation tour. He said the PN “lost its credibility and is not managing to show it renewed itself”. It has and it isn’t but not for the reasons being spun by the leadership of the party.

There’s an attempt to give the hallucinating impression that the appalling polling of Adrian Delia’s trust ratings and the party’s voting prospects can somehow be pinned on the outcome of the Egrant inquiry.

Which is complete rubbish.

Adrian Delia peaked at a 24% trust rating some time in the last 6 months and has been languishing just above Alternattiva levels ever since he came to office. His supporters insist he has democratic legitimacy. I’ll give them a football analogy which given their choice of party leader they should be able to understand.

The democratic election of a party leader is not unlike the democratic election of a football coach. Beloved by his team, or at least a majority of it, he’s great fun at team bonding sessions when a little beer is allowed. But that changes nothing from the fact that the team loses every match it plays and is stuck at the bottom of the league table behind football teams coached by committee selectees.

Party political legitimacy is all well and good. But this is not a social club that exists for its own sake. It has an objective: to provide the public with an option of government, which clearly, in this case, the public is not buying.

Look closely at the trust rating results comparing before and after the publication of the Egrant results (June-August 2018).

Latest MaltaToday polls are out: unprecedented margins for both Muscat (39-point trust gap) and Labour with 94,000 vote margin over PN. Also: get yourself a copy of MaltaToday on Sunday from your newsagents to see our survey on the Egrant aftermath pic.twitter.com/0QeCZsDc41

Joseph Muscat gained very little ground though to his credit at over 50% trust rating, no one should expect those numbers to grow too much. The point here is that practically no one changed their mind about Joseph Muscat and became his fan when the Egrant absolution became public. If they believe Joseph Muscat is tops now, it is because they thought so in June as well.

Now contrast that with Adrian Delia’s results. He lost almost 9 percentage points since June: that’s more than a third of what he had so a very, very significant amount.

Now Adrian Delia certainly cannot be blamed for the outcome of the Egrant inquiry and he made sure everyone understood that within minutes of the news coming out. This indeed was how members of the administrative council who felt queasy about shafting their previous leader were convinced it was necessary to do so that Sunday night: it was important to ditch Simon Busuttil so the whole party is not impacted by the Egrant outcome.

That strategy failed. Adrian Delia haemorrhaged his own support base not because of the outcome of the inquiry itself but because of the way he handled that outcome showing himself to be a very poor leader and team player.

He’s performing so poorly he’s worrying the Labour Party that is desperate about the prospect the PN might wizen up and replace Adrian Delia with, just about anyone frankly. Kurt Farrugia set the scene early in the morning with these tweets. 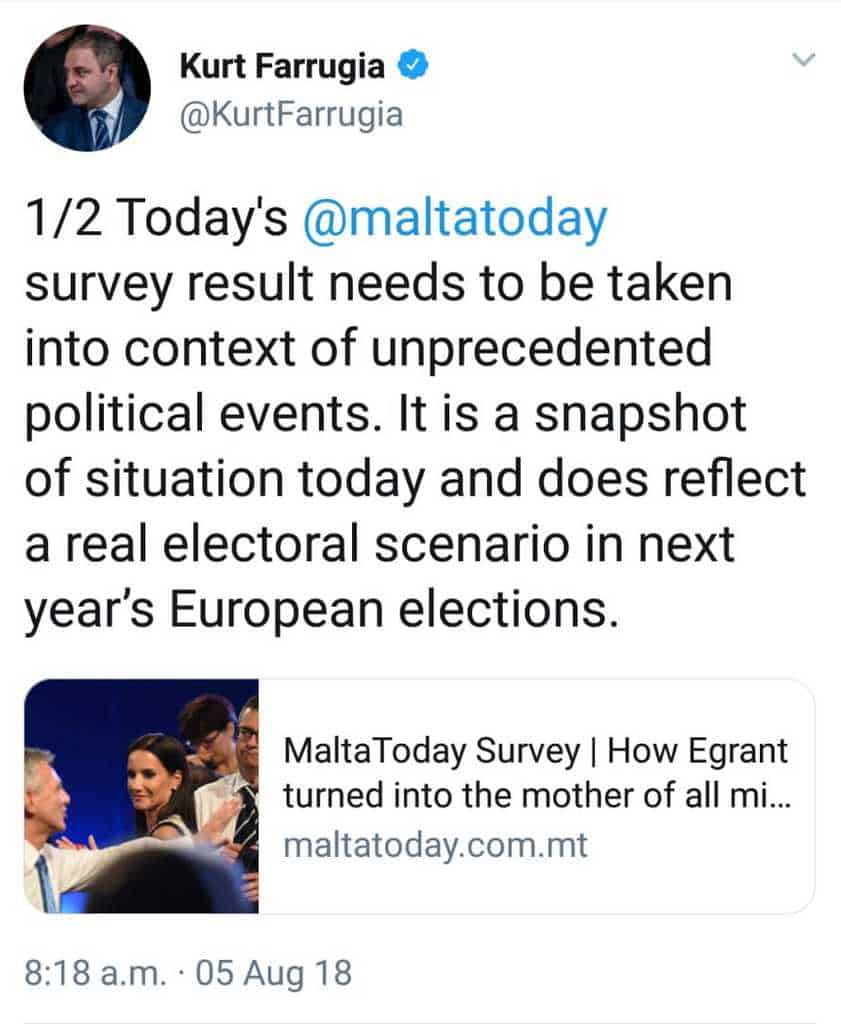 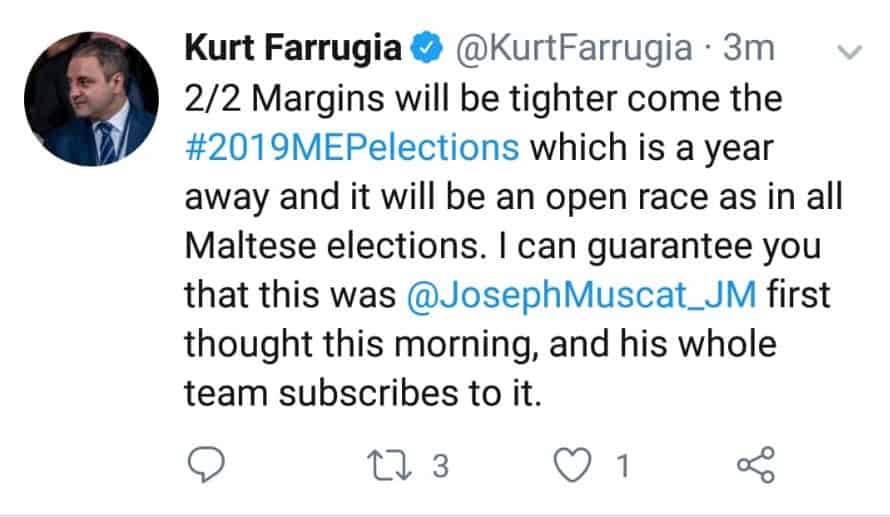