Raphael Vassallo flattered me with some attention on this morning’s Malta Today (scroll down for a copy). He had the decency of diverting his opprobrium from his masters’ preferred target: Daphne Caruana Galizia and her surviving family. A decency which Martin Scicluna did not have, writing in this morning’s Times of Malta.

But really when Castille issues to its mouthpieces instructions on the line to take on some subject, it should really ensure they do not write on the same day. It looks childishly coordinated.

To be fair, Raphael Vassallo develops his argument and says I am attempting to pump the Venezuela money-laundering scandal using the Egrant playbook.

There’s a paralytic weakness on the part of our institutions to protect this country from money laundering. The fact that our financial services industry has been cultivated over many years, most of them during Nationalist administrations is neither here nor there. Shit is flying off the fan and we have the collective responsibility of not ignoring it in case it embarrasses our personal histories. 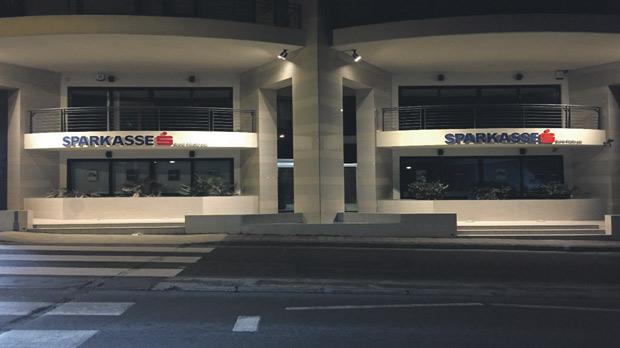 And no, Raphael Vassallo, these connections are not a case of serving cat in a restaurant and calling it a rabbit. Someone has to explain to this country why prosecutions in money laundering almost never happen and investigations and actions only start if the US Federal Authorities embarrass Malta into paying lip service to law enforcement.

Face it, we only know which company and which banks are connected to the Venezuela scandal because the Americans named Malta in their indictment. And face it, the details were only revealed because on the basis of past record, a real and present concern that Joseph Muscat’s gang might have known more than they were letting on started bubbling up.

So they rushed to Malta Today to let them know which companies were involved in order to cut the story short. Well, you see, all this confirms Joseph Muscat’s gang knew more than they were letting on.

Times of Malta today reports authorities here have known for two years something was afoot at Portmann Capital. And yet, on Tuesday, the authorities calmly waltzed into their offices to lift their computers. That happened a full two days after Portmann Capital was outed and given more than fair warning that action would have to be taken now that the Americans have let the cat, or the rabbit if Raphael Vassallo prefers, out of the bag.

Familiar? Yes, you’ve seen it all before that April morning after the night before outside Pilatus Bank.

There’s a reason our laws make it a crime to tip off suspects of money laundering of the suspicion: because it is so easy for money launderers to quickly cover their tracks and cover up the evidence. And yet our government commits that crime again by splashing its suspicion on the front pages of newspapers and gives 48 hours grace before allowing law enforcement agencies to go through the motions of looking tough slamming the gates after the horses have bolted.

In that way at least, yes indeed, this is another Egrant.

The public must see this. And though Raphael Vassallo says he will wait until he gets a DOC certificate that something untoward has happened, given that law enforcement is clearly under the control of the criminals themselves, he’s never going to get one.

The public must know that the authorities have known for years here of massive money laundering involving one of the prime minister’s chief of staff’s favourite banks where his secret off-shore company Colsons banked for years and did nothing about it until American law enforcement agencies moved on the Venezuela scam.

The public must know this so it can ask why. Someone must be watching the watchdogs.

Raphael Vassallo reminds everyone, in case, anyone forgot, that I was “Austin Gatt’s henchman until 2013”. I was to Austin Gatt what Keith Schembri is in theory to Joseph Muscat. It was a declared bias which I was paid for. Take from that what you like. It’s reasonable to factor it in when you make an assessment of my credibility. It’s something I never sought to hide.

But Raphael Vassallo and the newspaper he works for is a band of henchmen for Keith Schembri, presumably unpaid and most definitely undeclared. They pretend to be journalists but refuse to ask questions of people in authority ‘until they have a DOC certificate’ something is wrong. That’s not bias — of which I’m guilty as charged. That’s deception and a betrayal of the public who rely on the press to scratch beneath the polished veneer laid out for them by the powerful and the corrupt.

Asking hard questions was his job in the case of Egrant and continues to be his job in this Venezuela scandal case. Yes, they’re different. But they both tell a story of weak law enforcement, international crime, stupid money and political corruption. And someone has to tell that story.

Instead, Raphael Vassallo thinks his job is to tell other journalists to stop asking the questions, stop digging, stop challenging the powerful until someone — who? — writes out a certificate that the powerful are corrupt.

Martin Scicluna signs off his own article today saying the Egrant outcome (for he says there has been one) has “shattered the pseudo-political activists’ arrogant sense of entitlement”. Using the Enigma code leaked by his previous writings he’s talking about my arrogant sense of entitlement and that of those who read this blog and find themselves in agreement with some of the things it says.

Yes, Martin Scicluna, we feel entitled to clean political administration, a clear separation between law-makers and law-enforcers, a clampdown on illegal activities in our economic sectors and the upholding of the rule of law.

Call us arrogant if you will but we will not accept this to be taken away from us and we will not wait for permission to demand it back if it is. 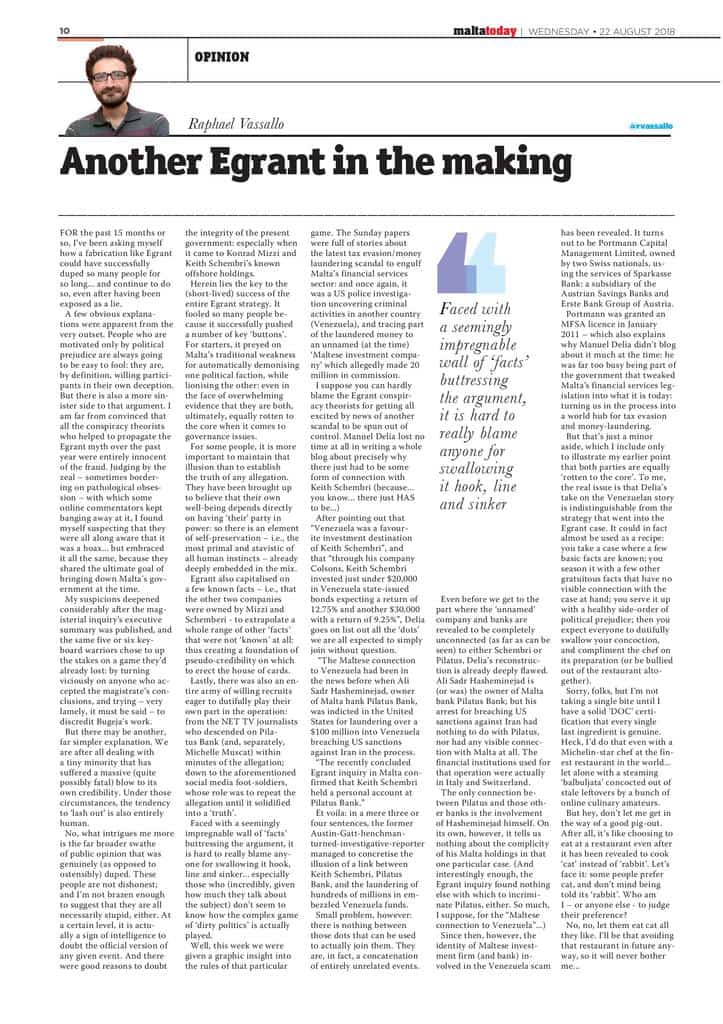