She told you so 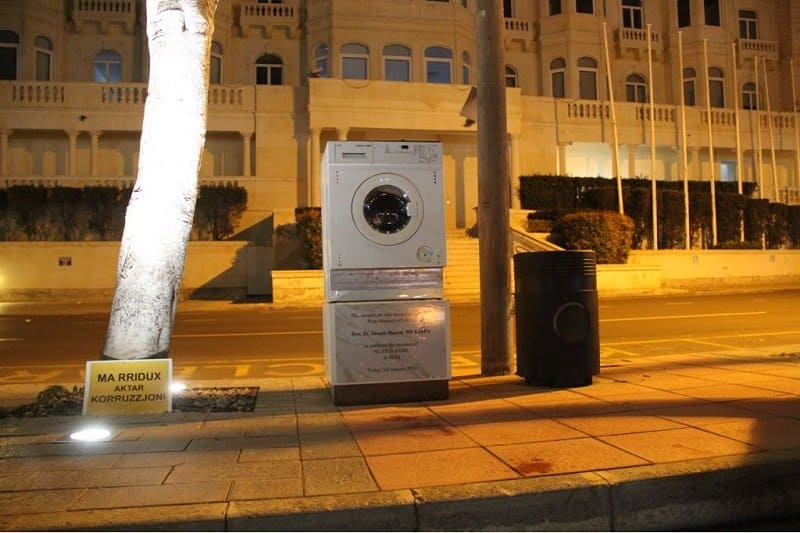 It is only right that when Standard & Poor’s expresses concern about Malta’s banking sector, people in the financial services industry prick their ears. They should not be surprised. They have been close witnesses of what has been going on for some time.

People who have to hunt every month know that the markets have been squinting for some time at the mention of Malta. It’s not that Malta had a rogue bank. That can happen to anyone. It’s that it was allowed to go on for so long.

People who flick through the menu that is the entire planet to choose where to pass their money from have many options and many alternatives to choose from. S&P’s statement is only the most recent in a series of concerns expressed by people who have no partisan motivation to embarrass Joseph Muscat though Labour has been for some time spinning the observations of neutral parties as acting under the influence of “Nationalist bloggers” or “David Casa”.

Play the video back from S&P’s statement. The European Banking Authority expressed concern about the FIAU’s conduct. That was attributed to David Casa’s evil genius. As was the European Parliament’s concern.

No one alleged the FBI’s indictment of Ali Sadr was motivated by Maltese domestic politics. That should have been an obvious clue. Which the government stubbornly ignored.

But if you take the clock back to when you first heard of Pilatus Bank and if you had the foresight, the trouble it would yet cause the entire country, it was when you read about it in Daphne Caruana Galizia’s blog.

You see all those concerned financial services operatives sweating blood this morning as they assess the impact of the S&P’s downgrade or their sales calls, already had a far earlier forward notice of this back in early 2016 when Daphne Caruana Galizia first reported on wrongdoing at Pilatus Bank.

She told us about accounts held by the Azerbaijan dictator’s family; and other sundry colourful people like one of the heirs of the former dictator of Angola; and, eventually we would learn, Keith Schembri, the prime minister’s chief of staff.

Of course, this information did not fall on her lap. She worked with sources, including Maria Efimova that told her about the goings on at Pilatus Bank.

Yesterday the Nationalist Party, entirely correctly, reminded the MFSA and the government of their responsibility in this nation-harming situation. The PN told the government that Pilatus Bank should never have been licensed to operate in Malta and that action should have been taken the moment news broke on what was going on.

Of course one should point out to the Nationalist Party (not to mention the government), that the information — correct, accurate and harmful — came out from the source and the journalist they are so cohesively and forcefully seeking to discredit now. They are jointly describing the information published by Daphne Caruana Galizia on the goings on at Pilatus Bank as the biggest lie in Maltese political history.

The discrediting didn’t start now of course, though the enthusiastic cooperation of the PN is a relatively new phenomenon. It started long ago and got only stronger when the Pilatus information was being published. And when Efimova was identified, the guns were trained on her as well.

Maybe if those financial services operators saw what was going on and acted then to force action from the government to weed out the rot and protect the honest practitioners, things would not be quite as bad today.

But the complicity of silence, and the narrow self-interests of the corrupt have conspired to bring us here. And it’s not getting better any time soon.

Previous:Israeli interception company owned by Maltese citizen investigated by US SEC
Next:Do you think he does it on purpose?