The argument for the Justice protest location 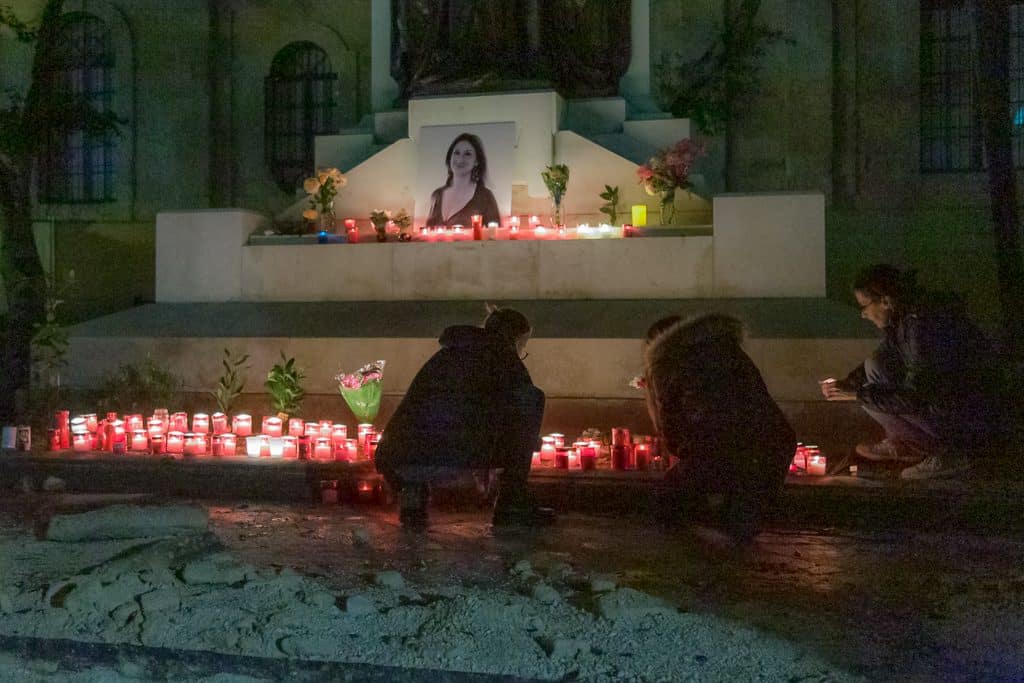 I was abroad today and missed a sitting of the case I filed against Owen Bonnici and his underlings in the Constitutional Court.

Before today I filed a sworn statement giving a detailed account of the censorship of the protest in Great Siege Square and the reasons why I opened the case. It’s basically a detailed account of the days between the 6th and the 18th September when that awful barrier came up around the Great Siege Memorial ostensibly to protect it from the marauding hordes armed with deadly flowers and with photos for kindling and candles for torches sacking Owen Bonnici’s city.

In the concluding part of my statement, I told the Court why there was significance to the location of the protest and we weren’t just being spiteful.

The location of the protest has not been picked by some conscious plan or some tactical or strategic thinking of some organisation or some group of people. The site grew organically in the hours and days of the greatest pain and raw emotion immediately following the assassination of Daphne Caruana Galizia.

The entirely natural way how the protest started and how the site was maintained over time made it an important symbol of expression for many citizens that though they belong to no group and no party, found at the foot of the Great Siege Memorial a way of participating when and how they could in a protest they shared with people they did not know.

I have spoken to several people that wish to express their disapproval of the murder of a journalist and their anger at what they think is the failure of institutions to protect free speech. For different reasons these people find that the act of maintaining the protest site alive leaving flowers or a written message when they’re in Valletta, lets them protest without fear of consequence.

These people are afraid to speak openly or to show their face in public protest or other means of expressing dissent. But they find that their participation in keeping up the protest site in front of the Court allows them to express themselves freely.

People who participate in this protest do not feel the Great Siege Memorial replaces a tomb or a permanent memorial of some historical person. Relatives and friends who have lost Daphne Caruana Galizia mourn their loss in private as any else who has lost someone close to them.

And remembrance in the form of some public statue would have been something Daphne Caruana Galizia quite likely would not have been pleased with.

Certainly, sadness and regret at Daphne Caruana Galizia’s untimely death ignite the anger that every protester feels. But sadness and regret are a small element of the protest. The protest is needed for entirely civic reasons: the need for justice, the need for freedom for journalists, the need for institutions to act when journalists uncover corruption. These are legitimate demands that are not made in a cemetery or at the feet of a statue of some historical figure. The place for these demands is the public space.

I would not say that the theme of the Memorial in front of the Court building that commemorates the Great Siege is particularly relevant to the protest. There have been interesting speeches linking the elements in Antonio Sciortino’s memorial — civilisation, faith and fortitude — and the protest demanding the rule of law and the thirst for justice. However, these links were made after the fact and were not part of some conscious choice to determine where best to locate the protest.

If instead of a Great Siege Memorial there had been in that place an independence memorial say or a memorial to the 1919 riots, one would have still somehow have found symbolic links with today’s protest.

It should be noted that between 6 September 2018 and when I filed the Constitutional Case, the protest was no longer held at the feet of the Great Siege memorial as access to it was barred. Notwithstanding the barriers, whatever is left outside them is still removed every day.

What I would argue instead is that the fact that the Memorial is opposite the Law Courts is of fundamental importance. That fact is what started and what sustained the protest since its very first day. The Court building is not merely a physical location where justice is demanded and handed down. It is in and of itself a symbol of justice: it is a secular cathedral looked upon by citizens with respect, supplication and legitimate expectation that their rites will be protected there if they are crushed elsewhere.

In the context of the murder of a journalist who sought alone justice to be served on secrets of people whose power has effectively made them immune of consequence, a protest right in front of the Court is not some accident.

People do not only protest by speaking or by standing physically somewhere. Flowers, candles and other symbols are not props for public marches. It is true that Malta is not too used with protests of this nature. However, Malta is not entirely unfamiliar with the notion of continuity.

Consider the eternal flame that burns in front of the Memorial to the war dead in Floriana. The flame is not blown out when the veterans leave the site after the remembrance services of 11 November. The flame is kept eternal because memory is not occasional but constant and continuous.

Similarly, the protest in front of the Court is not some anniversary attached to the time or the day of Daphne Caruana Galizia’s killing, though of course, those are moments of special significance. However, those who protest will want to keep their protest up until justice is served. This is why everyday people come to the site to renew their protest. No one makes them do it.

It may be true that Malta does not see many protests of this nature. However, it is also true that we do not see many journalists being assassinated. One cannot ignore the proportion between the gravity of the cause and the nature of the protest about that cause. Assassinations of journalists or opposition activists in other countries are often marked by protests similar in form to ours.

I name for one example the flowers, candles, photographs and messages left on the bridge close to Moscow’s Kremlin Palace where civil society protests and seeks justice after the assassination of Boris Nemtsov.

There too the government sought to remove the protest and did so, I am informed, 192 times. After the story made the international news, the Russian government allowed the protest to proceed without further interruption.

A protest in and of itself means that there is no desire for this to be a permanent matter. Quite the opposite. Those who protest are impatient to have their demands met as soon as possible so they can go back to their lives. Me too.

However those who protest do not allow others — particularly those on whom the protest is being held — to decide when it’s time for their protest to run its course and be terminated. This is neither permanent mourning nor the capture of a public place.

Justice has so far not been served and I and others feel that the protest is still justified.