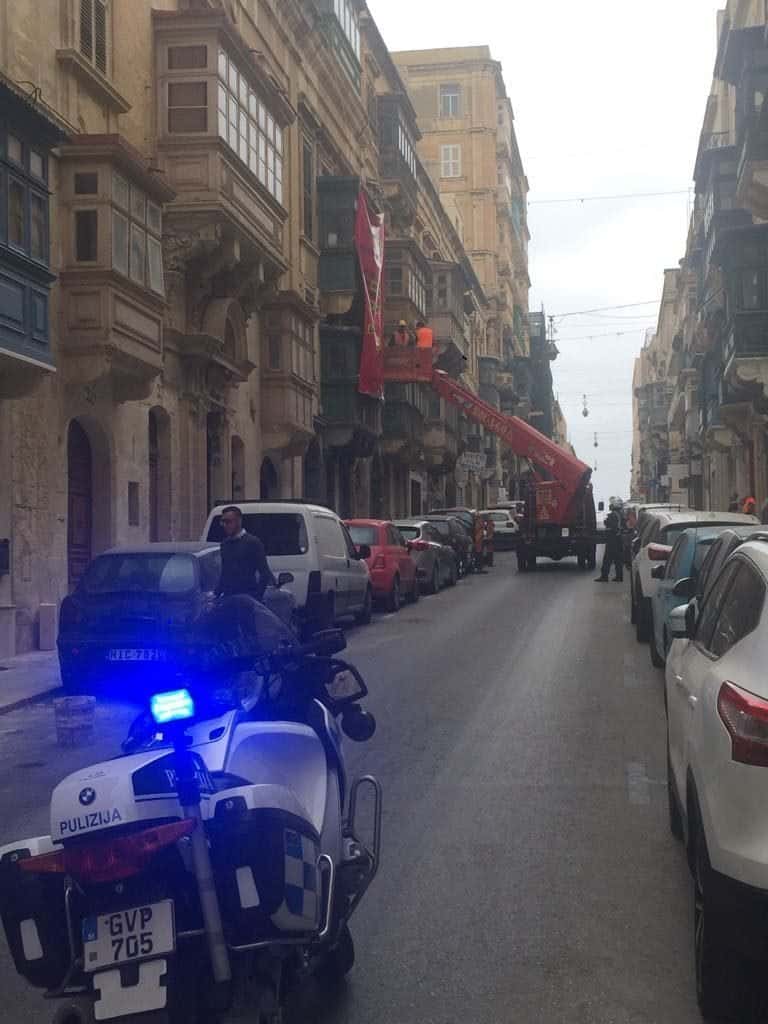 Daphne Caruana Galizia’s widowed husband Peter and their sons Matthew, Andrew and Paul have today been awarded compensation after the Constitutional Court found their fundamental rights have been breached by unwarranted intervention by the State.

The case was filed in August last year after Planning Authority officials issued an urgent order to have a banner put up by Daphne Caruana Galizia’s surviving family removed. The order was executed immediately by enforcement officers of the Planning Authority escorted by the Police.

A first banner was raised in Old Bakery Street asking “Why aren’t Keith Schembri and Konrad Mizzi in prison, Police Commissioner? Why isn’t your wife being investigated by the police, Joseph Muscat? Who paid for Daphne Caruana Galizia to be blown up after she asked these questions?”

When the first banner was removed within a week of it showing up on the front of private property in Old Bakery Street, Valletta, the Caruana Galizias raised another one with the same message adding “This is our second banner. Our first got stolen.”

Within 12 hours the government removed it.

The Constitutional Court presided by Lorraine Schembri Orland today found the Authority’s action to amount to a disproportionate and unjustified interference and therefore in breach of the European Convention on Human Rights and of Malta’s Constitution.

Lorraine Schembri Orland has this year been appointed as a judge in the European Court of Human Rights.

The judge ordered the Planning Authority to pay €5,000 each to Daphne’s husband and heirs as compensation and for their legal costs.

In its decision, the Court dismissed the Planning Authority’s argument that the banners were not in conformity with planning rules. “The Court must remark that from its point of view it cannot stop at whether the complainant or victim has acted outside ordinary law. If it were to do so the court would be blind to the supremacy of fundamental rights that are inherent to every individual. This does not mean that ordinary law need not be respected, not at all. But if ordinary law itself breaches the supreme laws of the country, this Court has the duty to intervene to remedy the breach of the fundamental right and prevent the breach from persisting.

“An individual that is exercising their inherent right for their own dignity, a right that supersedes ordinary law, must be able to seek the protection of that supreme law. The action of the State, the use of the State’s power, is then measured on whether the intervention is based on law, if it was needed and if the use was proportionate to balance the objectives of the lawmaker and the rights of the person concerned”. (My translation)

This is the second time a court has found the fundamental rights of the Caruana Galizias have been breached. In October 2018 a Court of Appeal confirmed a lower court’s decision that Deputy Police Commissioner Silvio Valletta’s marriage to a government minister meant the investigation into the assassination was not impartial and therefore not in conformity with the European Convention on Human Rights provisions on the right to life.

Today’s case has a bearing on other actions by the government censoring protests in connection with the killing of Daphne Caruana Galizia. In February 2018, the Planning Authority took similar action to strike down three billboards put up by Occupy Justice in the style of the Three Billboards Outside Ebbing, Missouri film. They were removed by Planning Authority action on the same day they had been put up by activists. 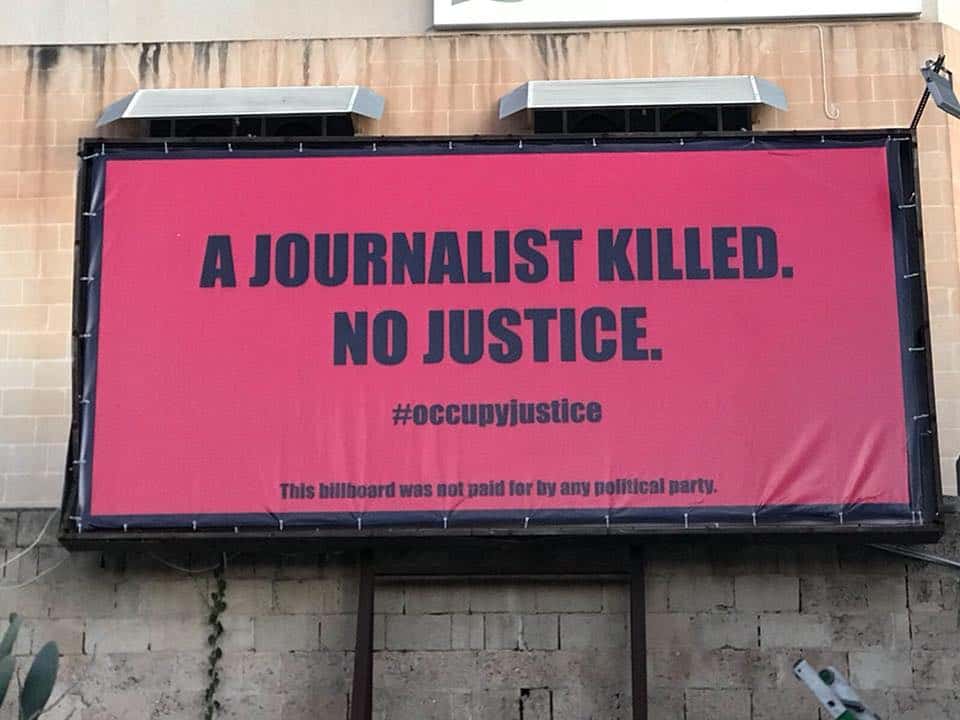 The findings by the court today also shed light on the government’s action to censor daily the protest for truth and justice outside the court building in Valletta. That is the subject of an ongoing Constitutional complaint filed by this author.

Previous:#rel1 = on
Next:Antonio Tajani today: “after 21 months we still don’t know who the masterminds of Daphne Caruana Galizia’s murder are”.