Concludes the first part of this series on testimonies given by Joseph Muscat and Owen Bonnici in the case filed by Adrian Delia demanding a copy of the Egrant inquiry report. In this concluding section, Godfrey Leone Ganado takes another look at the published extract of the inquiry report and compares them with the statement given by the Prime Minister in court.

The first part of this series is linked here. 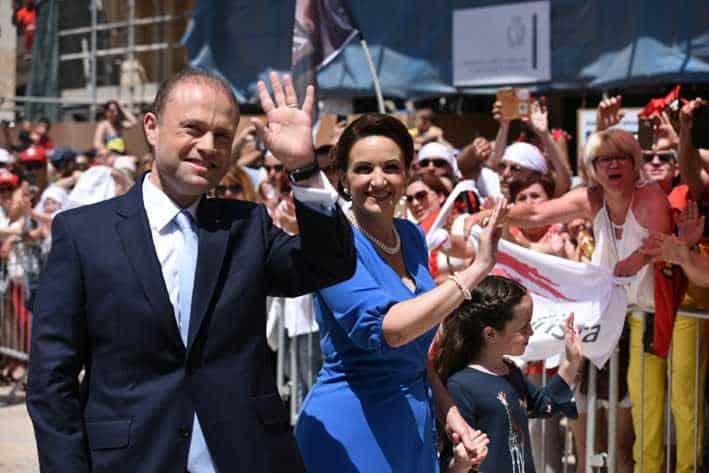 Let us revisit the actual findings — the little we have seen — of Magistrate Aaron Bugeja’s inquiry report.

This means that, ‘there was no evidence to prove’ and not that ‘it could not have been owned by her or attributed to her’.

You may wish to recall that, while the inquiry was requested by you on 20 April 2017 and the report was published on 22 July 2018, on 24 June 2018, the Panama Papers, which had lifted 443 GB of new data from the Panama firm Mossack Fonseca, published an e-mail dated 23 April 2017 (which was three days after your request for an inquiry) sent by Karl Cini asking for an official statement by Jacqueline Alexander (the same person who had signed the declarations of trust, and who during the inquiry said that her signature was forged).

When Nexia BT was sent a draft declaration, the following day, Karl Cini again insisted that Jacqueline Alexander states she had not signed any declaration of trust in favour of Michelle Muscat. This was denied and a compromise useless declaration was issued instead.

I will venture into saying that the issue about the forgery which was highlighted by Jacqueline Alexander, may have been  created as an escape plan on the failure of obtaining this key declaration, which would have been cast iron proof that the company did not belong to Michelle Muscat. Obviously, Jacqueline Alexander obliged, as she was the only available consenting person with a good relationship with Karl Cini and Brian Tonna.

Let’s also remember that the general elections were closing in and there was no time left for manoeuvring.

Prime Minister – this conclusion is a cut and paste of the ‘terms of reference’ given by you for the magisterial inquiry and, obviously you can never state that you are not satisfied with the conclusion.

The request was restricted narrowly to the mentioned persons and also restricted to suspicious financial transactions made through accounts of Azeri Politically Exposed Persons holding bank accounts with Pilatus Bank.

Now let’s see whether this situation would fit into wider terms of reference, involving Maltese politically exposed persons, with bank accounts at Pilatus Bank and factual ‘illicit’ transactions being carried out through Dubai, the same city where the alleged Egrant transactions took place.

On 26 May 2017, one month before the general elections and while the Egrant inquiry was work-in-progress, the Malta Independent reported that investigations by the Financial Intelligence Analysis Unit (FIAU) reveal the transfer of money from a company connected to Armada Floating Gas Services Malta, owners of the LNG tanker, to a Dubai-based company created for the purposes of transferring kickbacks to your then Minister for Energy Konrad Mizzi and your Chief of Staff Keith Schembri.

The FIAU investigation found that 17 Black is a company registered in Dubai created for the purpose of transferring money to Konrad Mizzi and Keith Schembri through their respective Panama companies Hearnville and Tillgate. The unit confirmed that money was transferred to 17 Black whose function was to transfer money to the Panama companies belonging to Konrad Mizzi and Keith Schembri, on 23 July 2015.

Also, in the last quarter of 2015, the MFSA carried out an inspection of Pilatus Bank. This inspection, found personal bank accounts held by Keith Schembri and John Dalli. Their names were deliberately left out of the report drawn up, and it did not take action against the Bank despite the discovery of these and other Politically Exposed Persons in the bank’s client list. It was reported that sources had told the media: “There was pressure from within and pressure externally, and officials feared repercussions. They simply left the names out of the report and there was no motivation to proceed further against Pilatus Bank – rather the opposite.”

In June 2017, banking inspectors at the MFSA were refusing orders by their superiors to carry out an on-site inspection at Pilatus Bank. On 31 May 2017, three days before the general elections, the banking inspectors were instructed by their superiors to go to Pilatus Bank and carry out an on-site inspection. The inspectors were refusing to inspect Pilatus Bank as they feared they would incriminate themselves in a whitewash operation to give the bank a ‘clean bill of health’ to use it to its own advantage. This was also the case with the FIAU follow up letter to Pilatus Bank in September 2017 that claimed that money laundering issues at the Bank ‘no longer subsist’. This happened three weeks after the FIAU Director, Manfred Galdes, resigned.

Also, sources had told the media that they “suspect that there may be collusion between topmost officials at the MFSA and Ali Sadr. If there is such collusion, then the bank will have had ample time to clear the decks before the inspectors move in”.

Mr Prime Minister – don’t you think that this could have also been the case with documentation and data held by Pilatus Bank in respect of Egrant Inc, given that all this was happening during the initial phases of the Egrant Inquiry, and therefore this is the reason why the Inquiring Magistrate could not state unequivocally that Egrant was not owned by Michelle Muscat and restricted himself to saying that there was no evidence to prove it. Obviously, if this evidence was destroyed, corrupted or hijacked, the Magistrate could not conclude otherwise.

Mr Prime Minister – please stop saying that you called the general elections because of political and economic destabilisation. You called it as a result of the surfacing of the above issues which would have impacted substantially on the reputation of our financial services, our so-called Independent Institutions and Regulatory Authorities, and the Rule of Law.

Please also stop saying that Michelle Muscat has been proved not to be the owner of Egrant Inc.

Furthermore, you may wish to be reminded that the Police Investigation on your alleged forgery of document or documents is still outstanding, despite the lapse of twelve months from the date of the publication of the Egrant Inquiry Conclusions. Is it possible that you are no longer anxious to know who did this?

This series will continue next week with an analysis of Owen Bonnici’s testimony in the same case.

Previous:THE SUNDAY TIMES: The end for some
Next:Owen’s mission to civilise