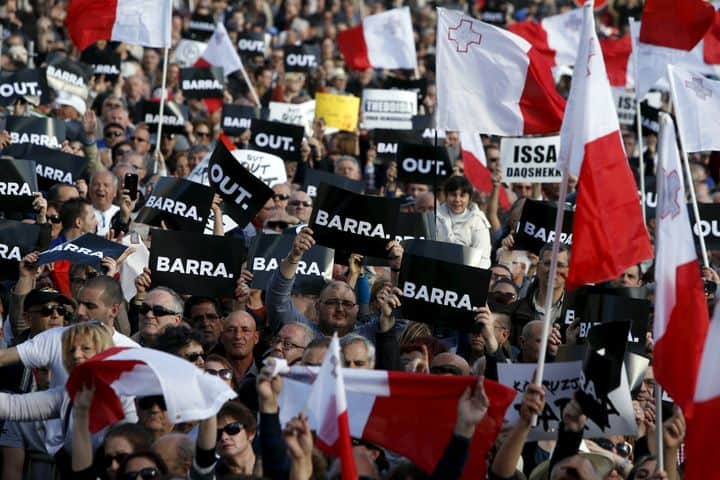 Not quite like rain on your wedding day, but Louise Tedesco headlines her Times of Malta opinion piece today by branding critics of PN leader Adrian Delia as the ‘Barra Brigade’.

That phrase recalls the PN’s campaign when the Panama Papers broke and it turned out that Malta would have the only politicians in the democratic world not to resign after being caught setting up structures in a secretive jurisdiction to stash money they should not have.

To borrow a phrase, in the Amazonian rain forests there are tribes of Indians as yet untouched by civilisation who have developed more appropriate ways of dealing with corruption scandals than Joseph Muscat’s.

Louise Tedesco thinks the PN should not have been “jury, judge and executioner” at the time and should have been less harsh on the Konrad Mizzis, the Keith Schembris and the Joseph Muscat because the ‘Barra Brigade’ keeps “making the mistake of personalising the issue”.

She must think that one must speak in appropriately vague and indirect terms when the Prime Minister’s chief of staff gets caught setting up a Panama company a week after his boss comes to power. When Keith Schembri stood to cash $5,000 a day for sticking to us the worst energy deal since the conquistadores convinced the Aztecs to exchange gold with broken mirrors, he was going to tell Yorgen Fenech not to personalise the bank transfers. Just leave things in general terms. 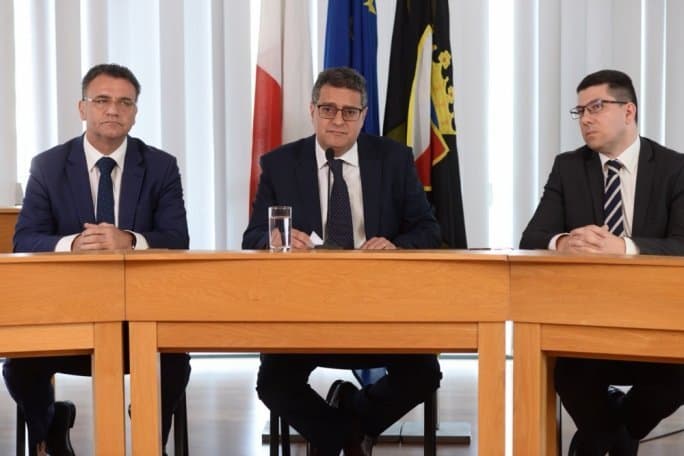 This is deeply ironic because a year ago today Adrian Delia called Simon Busuttil and squealed ‘barra’ to him, fired him from the shadow Cabinet and demanded his resignation from the party whip within minutes of hearing Joseph Muscat’s take on an inquiry report he still, a year later, has not seen.

Talk of “jury, judge and executioner”.

Louise Tedesco presumably stood by her Adrian Delia that day because that made sense. To her.

Adrian Delia ran a ‘barra brigade’ since the dawn of his time in politics. ‘Barra’ was the unofficial slogan of his leadership campaign. He clamoured for the blood of “the establishment”. “We want our party back” he screamed at no one in particular and at everyone who wasn’t him. Back? From whom? From where? From what? From common sense, it would appear.

Adrian Delia was the ‘barra’ leader when he paced manically back and forth across a 4 foot stage, humphing into his microphone, and pointing both his indices every which way, as he proclaimed the PN’s liberation from a “biċċa blogger”.

Adrian Delia incarnated the ‘barra’ frame of mind when he told The Malta Independent this Sunday that the losers of Saturday’s ballot best be prepared for the heat of his “hard decisions”. He’s getting ready to shout ‘barra’ to those who told him he’s unfit to rule.

And you should be a little less fascist about it. I don’t hear people using terms like “jury, judge and executioner” at the British chancellor of the exchequer saying he’ll resign the front bench along with other senior figures of the outgoing government when this afternoon we learn Conservative Party members chose Boris Johnson as their leader. No one is calling them traitors.

But they were leaders. They knew what to do with disagreement, dissent, disloyalty and determination. They led. They inspired, motivated, encouraged, shared, debated, decided. They nurtured and cultivated loyalty and people would stick by them through their mistakes as well.

And now the PN is led by someone who has made ‘Barra’ a drug-induced, ecstatic mantra and in the process he has evicted from the PN enough votes that have consistently supported all his predecessors to the point that he’s reduced his party to a religious cult with one high priest and a congregation of sacrificial lambs. It seems he’s not done with his evictions yet.

Louise Tedesco will celebrate with her boss Sunday morning. But for the PN that will be like a death row pardon, two minutes too late.