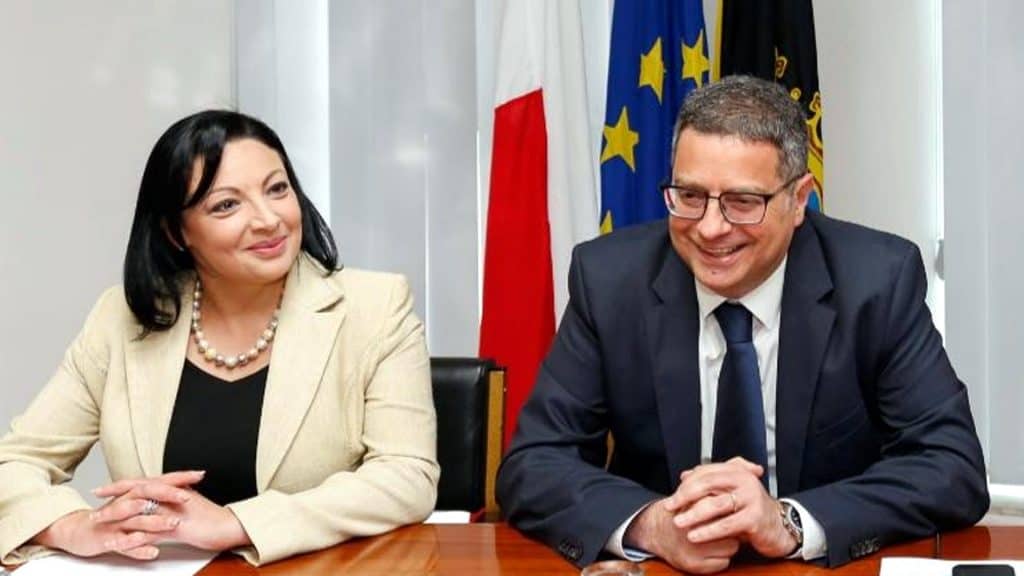 The leap Marthese Portelli made from parliamentary politics to lobbying politicians on behalf of the construction lobby is unseemly. It’s like dating too soon after your spouse’s funeral. Worse. It’s like dating your late spouse’s neighbour with whom your family has been in a long-standing property dispute.

Let’s get some obvious objections out of the way.

Yes, people who leave politics have a right to work elsewhere. That bland justification was recently used by Justyne Caruana who like Deborah Schembri before her became the lawyer of the government she was a minister of just days before.

The issue here is not the ‘right’ of anyone to work. The issue here is the need to have enough time pass between the exit and the re-entry of politicians in other roles to remove the reasonable suspicion that politicians use their position to negotiate their personal interests for when they’re out of politics.

Marthese Portelli told Times of Malta today she got the offer to run the Malta Developers Association in the 24 days since she resigned abruptly her parliamentary seat. Be that as it may it does not look like that.

It looks like the shadow minister for the environment was having private conversations with the developers’ lobby about herself. And that, if it happened, is not good.

Yes, the Malta Developers Association is entitled to representation in the public discourse. No one, I think, is trying to deny them that. But if anything, developers have been enjoying for years more attention than they deserve. They’ve been having it their way at the expense of the rest of the community.

Those interests run counter to the broader public interest. It is their profit pit against the quality of everyone else’s life. May they be able to represent their interest to their heart’s content but it’s the rest of us that are poorly equipped to take care of our broader and shared community interests.

Sitting in front of a Planning Authority hearing debates are often a match of Developer v Rest of the Country. And often Developer wins.

Marthese Portelli in Parliament was a servant of that suffering public interest. Or at least that’s what we all thought when she publicly criticised her own party’s old policy of having politicians sitting on the board of planning regulation. And when she resigned the Authority in an effective protest against developer Joseph Portelli’s inexplicable victories, particularly the permit for the notorious Qala villa.

As citizens we have been outbid by developers again. Instead of working for us, in parliament, in a leading role in an opposition party, representing the wide interests of the community, Marthese Portelli now works for developers fighting their corner against the rest of us.

This makes the sadness of her loss from politics even darker given that now we learn our loss is the MDA’s win.

Of course, gravity works both ways. Marthese Portelli’s attitude to things will change as she’s drawn down by the weight of her new employer. But the moon, the smaller body in the relationship, forces tides on the planet it orbits. The MDA too can change, somewhat, as a result of this new arrangement.

Developers have been and are too close to both political parties. And the engagement of Marthese Portelli is unlikely to change that in any general sense. But the MDA has been symbiotic with the Labour Party and a central tenet of Joseph Muscat’s and Keith Schembri’s grand plan since they hatched their conspiracy in the ‘raba’ sular’ of Labour HQ in the years leading up to 2013.

One imagines that the Labour Party is even more unhappy than the rest of us with the news of Marthese Portelli’s appointment at the MDA. It certainly is some sort of message that developers want to be perceived to have made a clean break with Labour.

The engagement does not send the message that developers are making any attempt to make a clean break with political influence. But it is hard to imagine anyone giving up that sort of weapon unilaterally. Especially when it seems nobody else enjoys its benefits as much as they do.

The fact of the matter is as voters we hired Marthese Portelli. We paid her a pittance and we rendered her useless by placing her under the authority of a nincompoop in the shape of Adrian Delia who somehow imagined MPs have no use in and of themselves except to publicly sing his utterly unjustified praises.

So Marthese Portelli stopped working for us. She’s working for the guys with the big cranes now. She’ll be better paid, one should imagine. But more importantly she’ll likely feel more useful to someone in her new job than she had been to anyone in her former one.