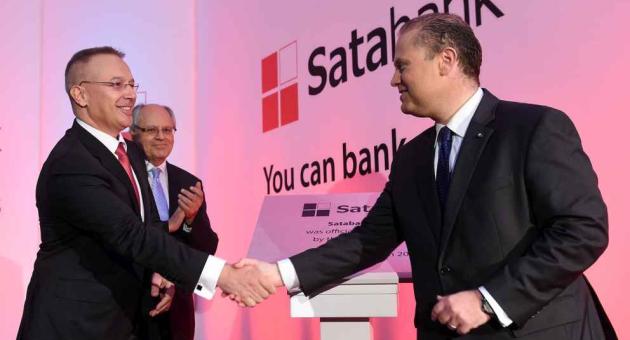 The European Centre for Press and Media Freedom (ECPMF) is giving legal support to the Times of Malta and this website. Both have been sued for defamation by Christo Georgiev, Bulgarian co-owner of the Maltese bank “Satabank.” Georgiev filed the lawsuits in Bulgaria before the Regional Court in Varna. The Satabank co-owner is demanding that the contested articles be removed from the respective sites and that he should be awarded damages by the Times of Malta and by this website.

Commenting on the lawsuit with the ECPMF, Times of Malta’s chief editor Herman Grech, said:

“It’s disgraceful that, once again, a banker has invoked a foreign jurisdiction to act against a Maltese news organisation, where the story was published and where his bank was based. As we had witnessed with the now defunct Pilatus Bank, this is nothing short of intimidation to try to financially cripple a news organisation, whose job it is to hold the authorities, leaders and businesses to account. We are eternally grateful for the legal support offered by ECPMF.”

Having been involved in offering legal support and in their continuous campaign against such Strategic Lawsuits Against Public Participation (SLAPPs) around Europe, ECPMF is well aware of the tactics employed, and the chilling effects the lawsuits have on journalism and freedom of expression.

“Suing Maltese blogger Manuel Delia and Times of Malta for defamation in Bulgaria is a typical case of ‘forum shopping,’ a tactic that is used by many SLAPP claimants in pursuit of a favourable decision,” said Flutura Kusari. “ECPMF’s solidarity and campaign against SLAPPs continues and that is why we are giving this legal support.”

Previous:What the NAO report into the dB project really means
Next:You don’t know what you’ve got till it’s gone