A song by self-described anarchist Mario Vella starts out with a prayer, of all things: “Alla lliberani minn dil-pjaga kiefra neoliberali”. The song complains about the hegemonic view that markets can solve everything, that inefficient businesses deserve to fail and the pain of their dismantling is beneficial to the greater good. And the song complains there are no real socialists anymore who are prepared to object to this Darwinian approach to economic and social life.

It may be an interesting debate under ordinary circumstances. But the present circumstances are anything but ordinary.

It is clear that perfectly healthy businesses, efficient workers and investors, innovators and smarty equity ratio managers are going down like flies at the same rate as the laggards of the economy. The only people not at risk of losing their jobs are the economic players of a plague: government bureaucrats, medical service providers and undertakers.

Otherwise the economy is on shut-down. Of course, it has to be so. Slowing down the spread of a deadly disease is a priority that trumps all others. But now the government must re-think its role at a time when, for all the right reasons, it has had to turn off the switch of the economic engine room of the country.

One cannot argue for the ability of the market to solve all problems when the problems are (for whatever reasons, and these are right and justified reasons) caused by government intervention.

The government cannot – must not – allow perfectly healthy businesses to die while the economy has been put in an induced coma. In times like these perhaps medical analogies are at their most effective. The economy has been put under an induced coma to prevent this body from being killed by a disease that is attacking it. But the doctor must now ensure that the comatose patient continues to breathe, their bodily functions continue to work to keep the patient alive until it’s time to wake them up. 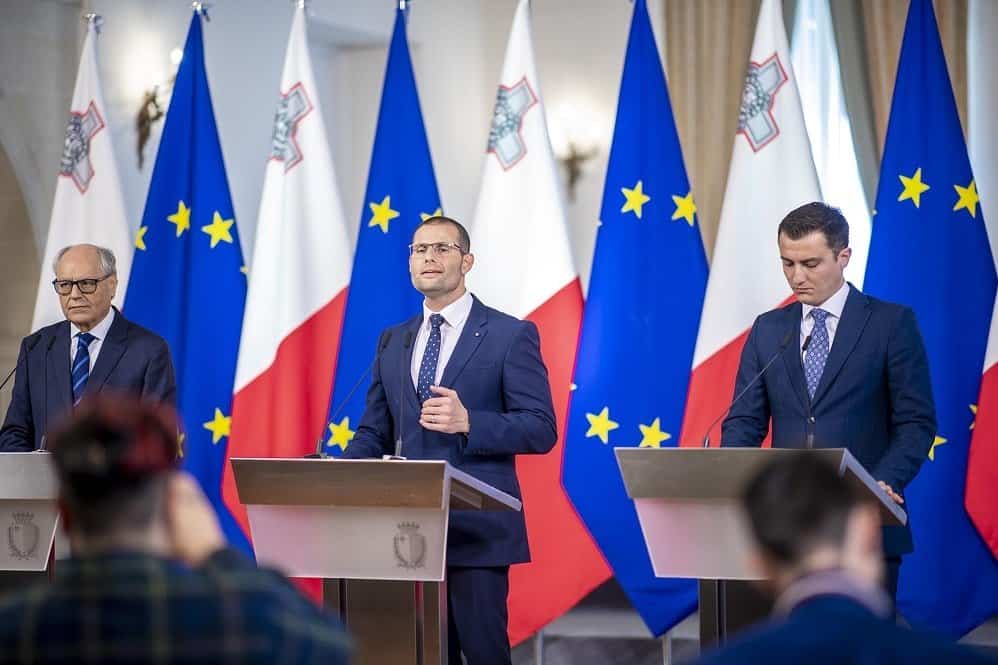 The Maltese government appears unwilling to let go of neoliberal dogma and continues to manage our economy as though this crisis was just like any other. In the 2008 financial crisis, Lawrence Gonzi’s government, often unjustly perceived as having managed the economy on a Tory model, intervened in a granular fashion to prop up businesses suffering the impact of that crisis. His government set out to keep every business going until the storm was over and by and large they succeeded.

The government right now is needed to intervene, manage and control the economy to prevent its infrastructure from withering in the space of a single year.

It needs to step in to pay salaries of employees while they stay at home. In doing so it must not look at averages or savings. And it must stop fussing over its own expense base. The government should be looking at retaining the competitive advantages Malta enjoyed before this virus hit the world and keep them unscathed in the freezer until it’s time to bring them out again.

That means the opposite of what Silvio Schembri had in mind. Instead of throwing people out we need to make sure they stay in. We must get them to want to stay here because we make Malta, even in these darkest of times, the most attractive place for them to stay.

Because we need them to be here, as committed to Malta’s success as they were a month or more ago, when the crisis is over. If they leave now, we’ll have to start from scratch.

This is true of all sort of businesses. On the first sunrise after the crisis is over our best hotels must be operational and at their best. The leading chefs and hotel managers, the trained house stewards and maids, the cleaning staff, the chauffers: all of them must be here ready to work as if coronavirus never happened.

I mention hotels because they’re obvious examples. The argument applies to everything because every productive work has a key role in the viability of our economy. We can’t allow teachers working for private and public schools, hair stylists, aviation law lawyers, therapists, taxi drivers, tour guides, gaming developers, artisans, musicians, graphic designers, psychologists and bank clerks to lose their jobs now. Even if they cannot go to work today or their order book is frozen we can’t let our talents, their businesses and their personal economic viability to go down the drain.

The government needs to start seeing this crisis for what it is: total war. The entire economic infrastructure of the country which cannot be diverted to help contain the virus and keep people alive, must switch off for a while. And this will not be for a couple of weeks but is likely to see us like this for the better part of what’s left of 2020.

But the government cannot allow perfectly healthy businesses to die. It must dig in and pay to keep everything ticking in the background. Everyone must continue to receive their salary for as long as it takes. The government must do more than guarantee the repayment of loans. It must step in to repay those loans until the business that owe them start earning money again.

Paying a fifth, or a third, or half of ongoing salaries just doesn’t cut it. A business that has stopped working cannot pay half its wage bill indefinitely. It cannot pay any of it. So, the government must.

Otherwise anyone who hopes the market can step in again when this crisis is over will be asked to imagine a functioning market without banks, without insurers, without businesses and without people. An impossibility.

To this the government needs to issue more than IOUs like it did yesterday. It must issue cash, hard cash in far greater numbers than the small change it has offered so far. By pissing on this flaming fire, the government is making nothing but stinking steam. It needs to fight this crisis properly with whatever resources that it needs to commit to fight this war. Whatever it takes.

If there’s ever a time when it is necessary to drive up debt, run a double-digit deficit and spend whatever it takes to keep us alive, this is it. There hasn’t been anything like this since we were diving underground to dodge fascist bombings.

If Robert Abela could barely bring himself to order gyms closed, I struggle to imagine him taking the decisions we really need to take. Edward Scicluna is bred from the neoliberal hegemony that irks Mario Vella so much. I doubt Silvio Schembri knows what the Second World War was about let alone the economic realities of managing wartime.

In these hands we are entrusted. We are being piloted through the worst storm in modern economic history by Robert Abela and his team. Forgive me for being worried about more than a virulent pandemic.

Previous:GUEST POST: 19.3.2013 and after… lest we forget
Next:MONEY MAGAZINE: Flawed democracy – is the roof going to drip?