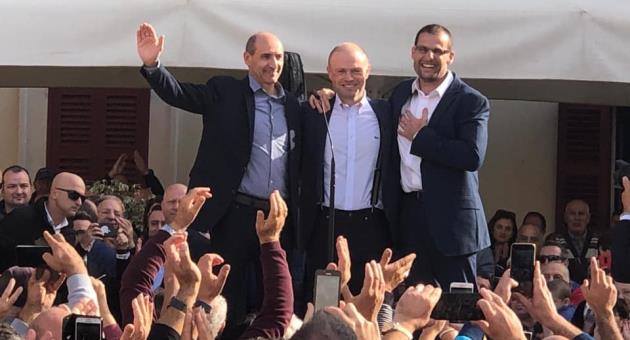 The prime minister needs to do more. Now.

The prime minister has not spoken to his people for many days. A transmission on the Labour Party radio station does not count. Rather the contrary. When the media of a political party is used we are divided into tribes when we desperately need to be together right now building bridges of solidarity over the new barriers that keep us apart.

Is it not bitterly ironic that those people who urged us so brutishly to fit into a forced national unity during the political storm that swept Joseph Muscat away, now seem so uninterested in bringing us together? Robert Abela seems comfortable leading those who trust him blindly. But faced by a nation that looks up to him for leadership in these hard times he cowers into hiding.

Surely he must be acutely aware of the respect Chris Fearne enjoys in the wider community. To be fair the mere fact that the deputy prime minister is a medical doctor is a natural advantage in times like these. There are times you need a barber, times you need a vet and times you need a lawyer. Right now you’ll want to rely on a doctor for advice.

But Chris Fearne looks to most people like he’s on top of the situation, that he engages reasonably well with his department heads, that he understands the underlying issues without flinching and that he has a reasonable ability to explain them.

The rest of his cabinet colleagues look like deer caught in headlights. There is either no response to speak of to the situation because the responsible minister is in hiding or the response is lame, half-baked and demonstrably less than what is really needed at this time.

The government’s adaptation to the new reality is pathetically slow. We have heard of no initiative to ensure social protection for the most vulnerable. The state has so far offered no protection to people at risk of domestic violence now trapped with their abusers round the clock. There’s precious little consideration for people without family to take care of them. We’ve heard of no steps at all to reach out to the homeless and the poor.

The adaptation of schools to the near permanent closure has been uneven. Some children are continuing their schooling near seamlessly. But some other children – particularly pupils of public education – have been dealt a blow as their schools are too slow to adapt to remote learning. Leadership from the education ministry is shallow and more intent on Owen Bonnici’s PR than on actually getting anything done.

The government’s adaptation to economic hardship is, to be generous, lethargic and definitely insufficient. Businesses are being allowed to shed jobs and before you can say u ejja come on many, too many to bear imagining, will start folding. It is clear that Edward Scicluna and Silvio Schembri have not yet realised that all they were ever used to is now out of the window. This is no ordinary slump. This is a paradigm shift in economy that is neither temporary nor reversible.

We have heard nothing about any adaptation in law enforcement. The quality of our policing was not great before the crisis hit. Pretty far from it. The force was led by people who can generously be described as bent cops. Organised crime infiltrated political power and business. The tentacles of this octopus held banks, political parties and the bureaucracy in a tight grip. At least it did when we were watching.

Now we’re not watching. We’re busy doing what we must which is focusing on staying safe from the invisible enemy of a virus. Add to that the work of an under-resourced, over-stretched police force chasing idiots ignoring instructions to stay inside and put in the fact that police officers are just as vulnerable to infection as the rest of us. Clearly criminals will know this is a good time to be ahead of the curve.

Joseph Muscat and his gang of fugitives know this. Organised crime knows this. As a fictional upwardly mobile shit-stirrer once put it ‘chaos is a ladder’.

We have been given no sign from the authorities about how they’re organising themselves to ensure law and order do not continue to break down even further. We would struggle to believe they would even want to do that.

Consider the unbelievable story in this morning’s Malta Today. The government yesterday banned all public gatherings and said they would heavily fine organisers who call them. And yet the Planning Authority has called a meeting for Thursday to consider applications for mega projects by leading developers including the notorious Joseph Portelli.

All other PA hearings have been cancelled. All court sittings except the very urgent have been postponed. All scheduled surgeries have been adjourned sine die. All business that depend on public services to function have been halted. But, it seems, an exception here too is made for the concrete tycoons. For them planning regulators can be asked to risk their health. And are objectors being asked to choose between their right to object and their duty to follow the government’s instructions to avoid ‘non-essential’ commuting, not to mention congregation?

By calling this meeting the government seems to be disobeying its own orders to suspend public gatherings. Even if it were to cancel the meeting before it is held, the chaos in all sectors of government in the midst of this present guidance contrast painfully with the providential exception of the relative calm and collection of the health service. Long may that last.

Ultimately this boils down to Robert Abela’s uninspiring leadership. Unfortunately political leaders are not chosen on the basis of how they would fare at the helm in the midst of storms, not to mention a storm the like of which we have not seen in living memory. Robert Abela was chosen over Chris Fearne on the expectation that l-aqwa żmien would bubble on straight to the next election victory.

Signs of panic are emerging. That rant by the vile, stupid, neanderthal Manuel Cuschieri was straight out of boiler suit class-hatred politics that would have made Sammy Mejlaq blush. It betrays an inability of the Labour Party to find any space between rabid hatred of employers and entrepreneurs or slavish submission to their greediest whim. Political parties switch between extremes when they’re unable to have a proper dialogue and engagement with its interlocutors.

Our government is managing to inspire reasonable confidence that most of us will emerge with their health relatively unscathed on the other side of the coronavirus pandemic. But many of us will be poorer, unemployed, their prospects dry, their skills irrelevant and behind the world’s curve of change and adaptation. And all of us are likely to be more vulnerable to the exploitation of the criminal and greedy minds who like nothing better than a dazed prime minister to enrich themselves at our expense.

Robert Abela needs to do better. Much better.