Adrian Delia: The PN wants lives at sea to be saved 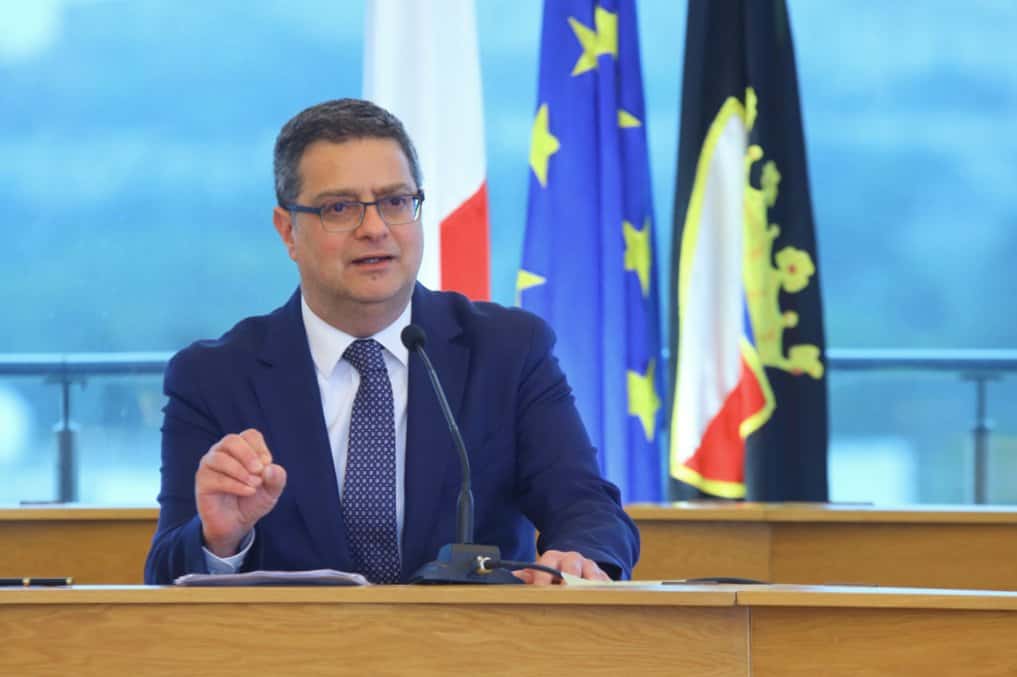 The leader of opposition Adrian Delia replied today to the spectacle by the prime minister yesterday. I have to say Adrian Delia did not have to paddle up the shit-creek Robert Abela threw Repubblika and Jason Azzopardi in, but he did so. Good on him. His decision today showed that he was willing to do and say the right thing at a time when he might have thought it would be more politically convenient not to.

Adrian Delia declared, in no uncertain terms, that the Partit Nazzjonalista’s policy is that no one should be left to die at sea. Under normal circumstances you’d take such a notion for granted: like having a policy that children should be fed at least twice a day. But in the midst of the racist frenzy that surrounds us, the hatred and venom spewed by ordinary Joes and Janes who should know better and who support and vote both for the PN and the PL, Adrian Delia’s categorical statement in favour of saving lives at sea was a breath of fresh air.

In the race to the bottom of populism between the Labour and the PN leaders, Adrian Delia stopped chasing Robert Abela and has outed the prime minister and his party as the only major party that would rather let people drown than disturb the rabid hatred that is consuming us as a nation.

He also stood up for his justice spokesman Jason Azzopardi. In that way he made up at least in part for the damage caused by his unqualified praise of army chief Jeffrey Curmi during his misguided and misplaced visit of yesterday. By standing by Jason Azzopardi even in the face of all the calls for Azzopardi’s blood by supporters of the PN, Adrian Delia stood on the right side of this argument.

He acknowledged that perceived conflicts need to be addressed which is not an unreasonable criticism. But he firmly stood up to Robert Abela’s onslaught of yesterday against everybody’s right to hire the lawyer of their choice. Robert Abela yesterday bullied and intimidated Jason Azzopardi. But the effect he wanted to achieve was trying to scare lawyers – but also police officers, witnesses within the army and the migrant community, prosecutors and judges – from serving the interests of justice.

Robert Abela yesterday sought to violate fundamental rights and freedoms in a democratic society and Adrian Delia today stood up to him. It was refreshing to see that.

Adrian Delia made it abundantly clear that the legal action taken by Repubblika has nothing to do with the PN or the opposition and the attempt at conflation on the spurious basis that Repubblika’s lawyer is an opposition MP is just that: spurious.

But without going into the merits of whether he agreed with Repubblika’s actions or not, he did insist that it is perfectly normal for allegations of wrongdoing, especially something as serious as the accusation of actions that led to or could have led to deaths, must in a normal democratic society be investigated by the institutions.

Good on him. I’m glad we agree. And with all the noise everywhere that Repubblika’s work (and the work of so many other NGOs, local and international, who defend the fundamental rights of voiceless people no one else will speak of) was an act of treason, Adrian Delia defended it and stood up for it.

I rarely had good things to say about decisions taken by Adrian Delia. And yesterday I was beside myself when I heard him use the government’s warlike rhetoric in praise of, of all people, the army chief days after the Easter weekend when the government had made such a dog’s breakfast of its management of our seas.

But there I can say it today. Adrian Delia, good job there.