Covid Dekalog: The suffering inside the shuttered homes

The following ten stories are real-life cases. The names and some of the details of the case have been changed to make sure the persons involved are not identifiable. 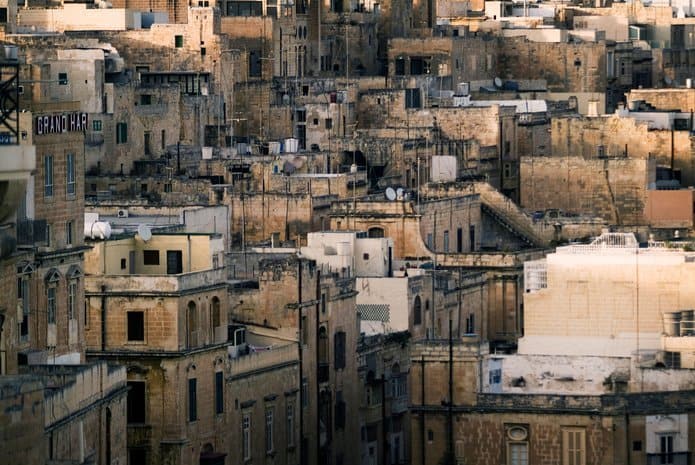 Lina is an old woman who lives alone. She is 85 years old and is still capable of taking care of herself. On a weekly basis, she had the help of Mary who used to do the house cleaning. Mary stopped her cleaning work in people’s home following the Covid-19 outbreak. And Lina has not had her house cleaned for the past four weeks. The situation is much worse for households with more than one old person and where there are health difficulties that increase the need for regular cleaning.

Like Lina, Euchar depended on the publicly funded home-help service, to keep his apartment clean. Every week, for two hours a week, a home-helper used to take care of the more difficult cleaning tasks that Euchar cannot do because of his mobility problem. For the past four weeks, home-helpers were instructed not to do any work within homes and to limit their duties to taking care of any shopping needs, which in Euchar’s case is not an issue as all his shopping needs are taken care of through deliveries.

Anne had her podiatry appointment at the local health centre cancelled at the end of February when the first signs of the Covid-19 pandemic were recognised by the health authorities. At the moment, she is experiencing pain and difficulties walking because of her grown nails, which she cannot take care of herself.

Joan, Michael, and their three children live in a two bedroom flat with Joan’s elderly parents. Because of their health condition both Joan and Michael were advised to follow lock-down procedures together with their elderly parents. The situation of five adults and three children locked down in less than 70 square metres is unbearable. Joan and Michael have been applying for social housing for more than 5 years. There are more than 3,000 pending applications of families who like Joan and Michael are being asked to spend their lockdown in precarious environments.

Joan is extremely concerned about her two grandchildren. Unfortunately, both her son and his wife cannot read and write and do not communicate a love for learning to their 5-year-old and 7-year-old daughters. Joan used to try to compensate by spending time with her two grandchildren and, within her own limitations, going over schoolwork and doing fun educational stuff. After schools closed down, and given that Joan is over 65 years old, the children no longer have any input from Joan and any work they are receiving from school is not being followed up.

Robert is a student at the University of Malta. He lives in a rented bed-sit and does not afford a good internet connection. When the university lectures transferred online, he found himself unable to follow some of the lectures because of the unstable internet connection available at his apartment. One of Robert’s lecturers actually asked all his students one by one whether they had any difficulties to move to on-line lecturing and Robert plucked the courage to tell his lecturer about his situation. The lecturer paid for Robert to upgrade his internet connection and laptop. Robert couldn’t help thinking of other students he knows of who spent most of their time using the University of Malta IT facilities given that their personal home situation did not allow them to enjoy such services in their own home.

Marthese lives with her partner of 7 years, together with a 5-year-old child who is diabetic and insulin-dependent. Her partner has a health condition for which he was advised to stay at home. There is a history of domestic violence in their relationship and Marthese has used a domestic violence shelter before. Last week, she suffered another episode of domestic violence but when she called 111 they told her not to go to a shelter with her son because of her son’s vulnerable condition.

Joe has known his GP for over 35 years and always relied on him for all his health needs. His GP is no longer doing any home visits following the Covid-19 outbreak. At the time that Joe needs his GP most for a home-visit in order not to leave his home (he is 79 years old), he no longer has access to a family doctor. The public health centre has advised him not to go to the centre unless there is an emergency. In the meantime, the anxiety is having its toll and Joe’s blood pressure is playing up.

Rose lives alone and given her age she is following the health authorities’ directive to stay at home. She has a tablet which she uses minimally, just managing to receive calls on Messenger from some of her friends. She is thankful for this facility but knows that if someone was available to help her out she could do much more to overcome some of the isolation she is experiencing following her lockdown. Still, she knows of so many other elderly people whose only connection is the phone.

Mike lives with his pet dog, Snowy. Thanks to Snowy, Mike has been able to continue living in the community after having been hospitalised at Mount. Carmel Hospital for a major episode of depression. The current Covid-19 situation is taking its toll on him, feeling increasingly lonely and at times suicidal. Mike never used a helpline and is considering reaching out for help but is not sure whom to call: 179? Covid-19 helpline 111? Loneliness Line 1772? Richmond Foundation Helpline 3121? Mental Health Support Line 1770? Suicide Emergency 112? Community Helpline for Mental Wellbeing 9932-0977?

Covid-19 has amplified the many social scars that we so often overlook, and which the government only uses for marketing purposes. Look by way of example at the public relations campaigning over a new 1772 Loneliness Helpline. Did we need a new number to try to remember when we’re feeling down? Couldn’t a consolidated 179 Helpline deal with this?

It is like a pottery jar which has various invisible cracks that are only noticeable when the jar bears the pressure of water. None of the above situations are new. Covid-19 has shown us that from from the madding fluff of “L-Aqwa Żmien” and surplus galore, all is not well in the state of Malta. We need to make a thorough examination of our collective social conscience, and come together in a determined effort to address the suffering of those most in need.

Above all, the current situation has shown us the major scourge Malta has with its social housing situation. With all the construction that is around us you’d think all of us should have somewhere decent to live. And yet.

Think of all those who have been asked to stay at home in situations in which their home conditions are nothing like Villa Francia, the Girgenti Palace, Verdala or San Anton.

Malta’s wellbeing can be enhanced following this crisis if we use this crisis to mend the tears in our social fabric. We are currently being pushed to sacrifice the value and dignity of some for the greater good, from person centred to population centred. Yet, this same crisis is increasingly helping us focus on the need to value and act with the strong commitment towards the value and dignity of every human life.

This is from Jonathan Sacks: “Societal freedom cannot be sustained by market economics and liberal democratic politics alone. It needs a third element: morality, a concern for the welfare of others, an active commitment to justice and compassion, a willingness to ask not just what is good for me but what is good for all-of-us-together. It is about ‘Us’, not ‘Me’; about ‘We’, not ‘I’.”

It only took a minute invisible virus to start bringing everyone on to the straight and narrow, and to realise that a prime minister’s narcissism is not enough to address any of the above issues.

This article was possible with the input of social welfare professionals who must, for professional reasons, remain anonymous.

Previous:Imminent orders for prison wardens to be locked down with prisoners
Next:Malta does not participate in Europe-wide study on prison conditions