Speaking to Italian Catholic newspaper l’Avvenire, the EU border agency Frontex provided information that shows that search and rescue services of Italy, Malta and Libya had been given the information they needed to rescue in time all passengers of a dinghy where 5 people died and another 7 were lost, presumed dead.

The survivors were finally collected before sunrise of Wednesday 15 April. But since the previous Thursday all countries around the central Mediterranean ignored appeals from NGOs including Alarm Phone.

But in reporting by Nello Scavo, the EU border agency Frontex has also confirmed that it ensured all countries that could have saved the migrants had long known where they were:

“Frontex planes spotted boats in distress on our routine patrol flights over the Easter weekend. As required by international law we gave this information to all search and rescue authorities in the area.” That means Frontex informed Rome, Valletta and Tripoli. Frontex added that “international law requires these countries – not Frontex – to coordinate a search and rescue mission.”

Significantly after Malta’s notice on Monday night, Valletta had taken charge of the search and rescue operation but did nothing about it until the outsourced rescue happened on Wednesday morning. By then it was too late for 12 people.

Frontex’s claim that it had spotted over the Easter weekend the dinghy where 12 people would lose their life is confirmed independently by this survey of the flight path of Frontex patrol flights put together by journalist Mauro Seminara who writes for Mediterraneo Cronaca. 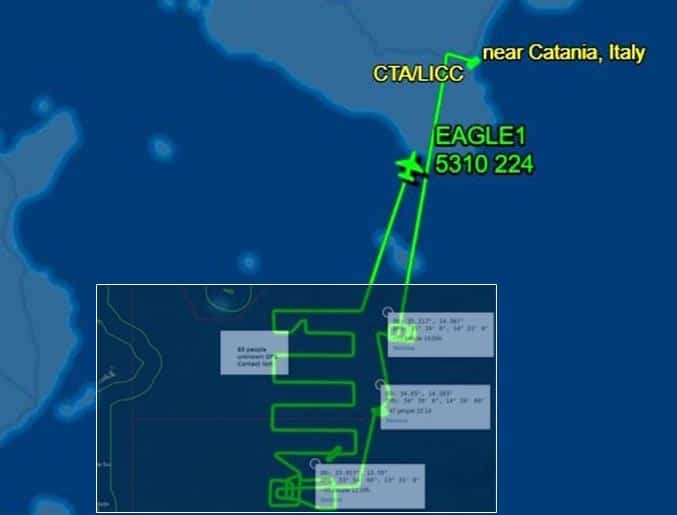 L’Avvenire commented yesterday that this information will be very relevant for the inquiry into prime minister Robert Abela’s conduct. This evidence shows that the rescue operation could have been conducted several days earlier and lives would have been saved.

The Catholic newspaper also adds that legal experts are assessing this information to back up claims that may be made to international courts.

The newspaper speaks to Giulia Tranchina an expert in asylum and migrant rights working at London-based Wilson Solicitors who recalls that “the European Court of Human Rights has already condemned Italy and Malta for their criminal participation in past illegal push backs to Libya. But now we have consistent and recent evidence of collusion and complicity with Libyan traffickers and torturers. This can amount to responsibility for a crime against humanity.”

Previous:It may be nameless. But it’s not without purpose.
Next:UNHCR ‘has not heard’ of 30 tons of food aid Malta government claims it has delivered to Tripoli