It may be nameless. But it’s not without purpose.

In spite of the effort to hide the name, identity and history of the boat that took migrants saved after the Easter weekend in Malta’s search and rescue area, there are interesting traces of her history left around the internet.

The ship is believed to be one that is named as the Mae Yemenja. A UNHCR spokesman told this website the agency is not entirely sure the ship that had the passengers on board was the Mae Yemenja. “There are some apparent structural differences between the two boats. These could have been the result of modifications since made to the boat since the pictures of the Mae Yemenja were taken.”

Significantly the ship that entered Tripoli “was flying a Maltese flag and has some Egyptian crew.” 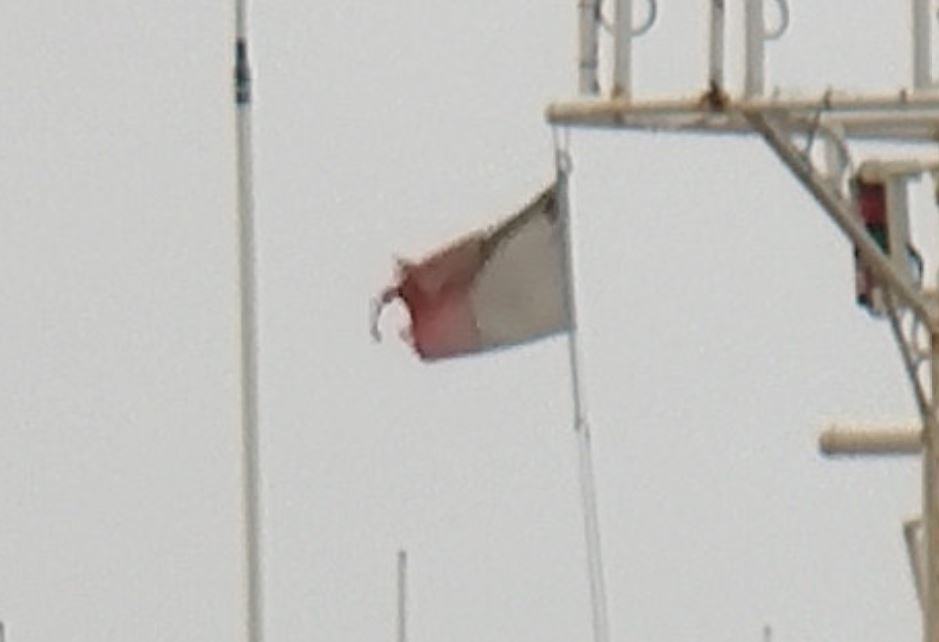 Experts who spoke to this website after visual inspections of the images of the boat that sailed into Tripoli earlier this week confirmed their belief she was the Mae Yemenja. That would raise a fresh set of questions.

The Mae Yemenja is 50 years old. As this earlier blog post reports she sailed under the Maltese flag at least until 2019 and used to be owned by Charles Grech, a Maltese sailor with a history of supply runs to and from Libya.

Her present ownership is unclear but she is registered under the Libyan flag. The website of MarineTraffic a prominent ship tracking and maritime intelligence provider categorises the ship as a “Fishery Patrol Vessel”. 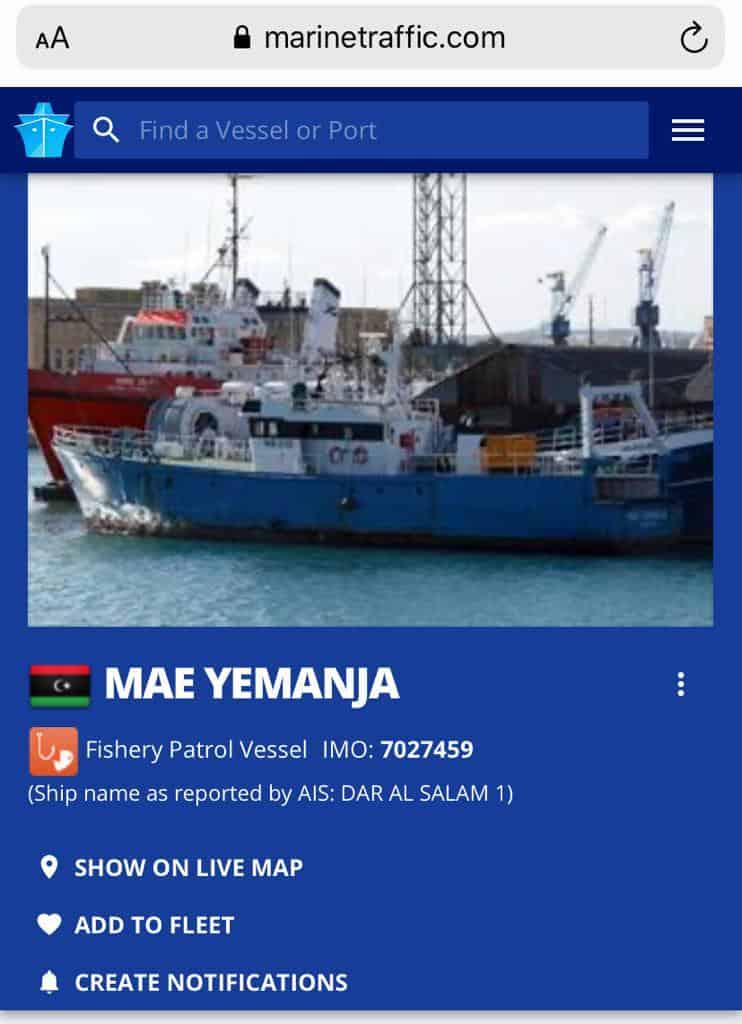 If that information is correct the boat that took migrants collected from Malta’s search and rescue area may be more than it first appears. This could be no ordinary, privately owned, fishing vessel.

On the contrary, she may very well be a policing vessel used by a regulatory authority or a government in order to enforce fishing laws beyond coastal waters. Since she flies under the Libyan flag that authority would be the Libyan government. “Fishery Patrol Vessel” is technically defined as “vessel that carries out control duties in the fishery zone outside coastal waters.”

The term used by MarineTraffic is a hint that suggests the migrants who were returned to Libya this week may have been picked up by an asset belonging to the Libyan authorities.

Significantly before this ‘rescue’ mission this boat was in Marsa at Malta’s Grand Harbour.

As reported yesterday by this website TVM quoted “informed sources” say that the boat involved in this “rescue” were private boats commissioned for the job by Malta’s government. No further details were given about what boats these were, who they belong to and what contractual arrangements were made.

The information given by the government and the army is almost non-existent except for extremely selective hints based on partial truths fed to state and party-controlled media that do not ask for missing details to be filled.

Another key outstanding question would be why did the Maltese authorities decide not to use any of the AFM’s available vessels to conduct the rescue and instead ‘outsourced’ this operation to the Mae Yemenja.

Also, was any due diligence conducted into the ownership of the boat?

Is the boat an asset of the Libyan state? And if yes has the government agreed with the Libyan authorities to conduct operations within Malta’s search and rescue area in order to drag migrants rescued in Malta’s zone of responsibility to Libya?

Is this what happened in this case?

The answers will be for the ongoing inquiry to determine.

Previous:From hell and back there again
Next:‘Evidence of Malta’s collusion with Libyan torturers suggests a crime against humanity’ – international law expert