Is that all it takes? 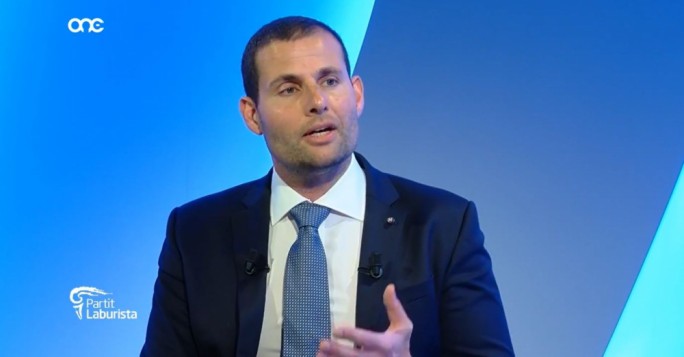 The prime minister said yesterday Repubblika “paralysed the army” by playing politics. It rather takes away all the comfort we get from the idea that we have an army that can defend us from terrorists, traffickers and organised criminals. If a bunch of ragtag Nazzjonalisti ndannati ta’ Simon Busuttil can disarm our military by hiring a handful of pro bono lawyers to write a letter to the police commissioner we don’t have much of a national defence, do we?

If this is Robert Abela’s assessment of his army he must be seriously concerned with the stability of the state. By his account all you need to do for a coup d’état is write a strongly worded letter. Movie prop guns optional.

This is of course absurd. Proper leadership standing anywhere on the political spectrum except the loony far right would be scoring political points right now reassuring the public they are being safely protected by their trusted security forces and no annoying filings by NGOs would distract them from their primary duty to serve and protect.

Any proper leader would be saying that because it would be the truth. People who do their job properly and on the basis of conscience – soldiers, teachers, lawyers, tile layers, all – will not be paralysed just because the prime minister freezes in the headlights.

But Robert Abela judges the army by his own yardstick. He seems to be thinking of nothing else these days except Repubblika.

Yesterday he went on his Labour Party stations again for another harangue as if Repubblika was some rebel army rapidly approaching the capital on armoured tanks. “The country would never forget what Repubblika has done,” he waxed melodramatically.

He didn’t mean that in a good way like the country never forgetting when Carmel Busuttil scored the opener against West Germany in Ta’ Qali or when Dom Mintoff roared ‘No’ on a confidence voted called by a Labour prime minister.

“The country will never forget what Repubblika has done (…) when it chose to play politics (during the coronavirus pandemic)” is a threat. It promises retribution as if this should be a consideration for a prime minister in office when speaking about an NGO asking for an investigation into his decisions.

It is unfortunate that the government’s narrative that Repubblika has presumed the guilt of the people it asked the police to investigate has taken hold, and that’s not just with the government’s fans and fellow travellers. Sometimes people forget they cannot assume their government is telling the truth.

Filing a police report is the exact opposite of taking the law into your own hands, it is the opposite of presumed guilt. Consider an ordinary situation, a quarrel with your neighbour about too many late-night parties, say. Taking the law into your hands would be breaking down the door, grabbing the stereo and throwing it out the window, kicking out the party guests and tying up and gagging those who remain. The civilised way of dealing with the situation would be to call the police and let them handle the matter. If there’s a case to answer they’ll do their thing.

Repubblika has done no different. 12 people died and Repubblika asked the police to look into the matter: establish if there’s any responsibility to be taken, gather the evidence for a magistrate to decide whether there’s a case to answer, what the case is and who is to answer for it.

Twelve people died so yes, in the worst-case scenario this would not be a trivial responsibility: it would be as serious as they come. If the prime minister had any confidence in the correctness and legality of his decision he would not be leading the lynching of the messenger. He would be assuring the public he is confident there would be no case for him or anyone under his command to answer.