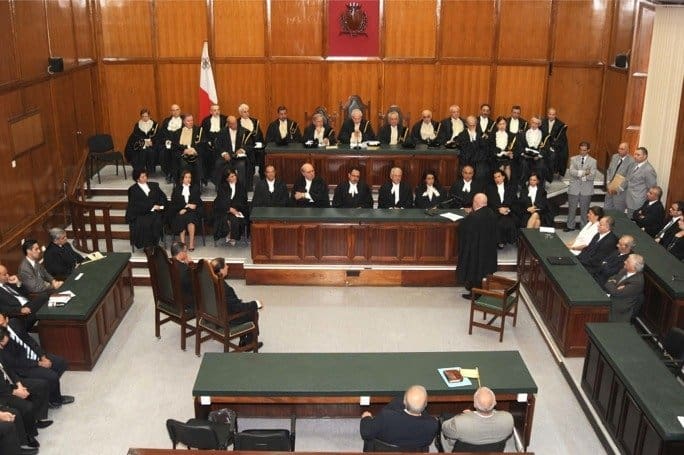 Unpublished plans agreed between the two main parties for judicial reform retain the prime minister’s unhindered power to block the appointment or promotion of any member of the judiciary.

The government has as yet not responded to appeals to publish its plans for reform before they are sent for the review and approval of the Council of Europe’s Venice Commission.

Discussions behind closed doors between the two main political parties reached an agreement on a reform to the composition of the Judicial Appointments Committee (JAC) introduced to our constitution in 2016 in a law piloted by then Justice Minister Owen Bonnici.

The existing composition of the JAC came under heavy criticism by the Council of Europe as a fig leaf for government control as the committee includes members directly handpicked by the prime minister and the prime minister has the power to ignore their recommendations when making appointments.

The two main parties agreed to change the composition of the JAC to make it a 7-member committee with a clean majority of 4 members coming from the judiciary and elected for the job by their peers. The three remaining members would be the ombudsman, the auditor general and the commissioner for public standards. All of those three positions are appointed by parliamentary consensus meaning the government is now giving up its discretion on the composition of the JAC.

This would be a remarkable improvement and one that guarantees judicial independence if the JAC was given the power to make a decision on who gets appointed and promoted. However, the JAC will only be able to shortlist candidates and will not be able to rank them in order of merit. The prime minister and his cabinet will be making a final choice of the person to be appointed to a vacancy from within the shortlist given to them by the JAC.

Effectively this means that the government is giving up its power of choosing who gets to be made magistrate or judge but not its power to reject candidates for these posts.

Although a significant improvement on the present state of affairs, the power of the prime minister to block the career of a potential or standing member of the judiciary by vetoing their appointment without having to give any reason for their decision amounts to undue influence of the executive branch over the independence of the judiciary.

This is especially true in the context of the small size of Malta’s judiciary and the restrictive pool of potential candidates for appointment.

Independence from the interests of the Labour Party is also doubtful because without any safeguards the existing composition of the judiciary can organise itself to ensure that a majority of the JAC is sympathetic to the interest of the ruling party.

Suffice it to say that Joseph Muscat’s government appointed 57% of all sitting judges and 68% of all sitting magistrates. That’s 64% of the sitting judiciary. The voting behaviour of the standing judiciary can be assessed by their choice of committee members for the association that speaks on behalf of the judges and magistrates that are its members. Though not all judges and magistrates are part of the association there are enough of them for a useful assessment of voting behaviour.

In October 2018 the appointees to that committee were Judge Toni Abela, a former Deputy Leader of the Labour Party, Judge Joanne Vella Cuschieri, a former election candidate of the Labour Party, Francesco Depasquale, promoted to judgeship in April 2019 and a vociferous critic of Repubblika’s court case at the European Court of Justice seeking judicial independence, and Consuelo Scerri Herrera who, as the cliché goes, needs no introduction.

Of course, the principle of judicial independence means that members of the judiciary make decisions on the basis of their own likes and dislikes but when introducing such a reform one must take into account the context where it is being implemented. The local context is a hostile take-over of the judiciary by Joseph Muscat in a 7-year program of politicising the judiciary the likes of which has never been seen in Malta.

No mitigating measures accounting for this state of affairs appears to have been discussed between the Labour and Nationalist parties.

The government’s proposed reforms seek to perpetuate the present reality of effective political influence over the judiciary. But not trusting even the independent thinking of its own appointees, the government is also retaining the power to reject any choice that the new JAC will make.

Significantly this measure has the support of the PN that appears to be concerned about the powers it will seek to obtain when and if it is elected to government.

Previous:THE SUNDAY TIMES: It could be worse
Next:Have yourself a conscience-free Easter