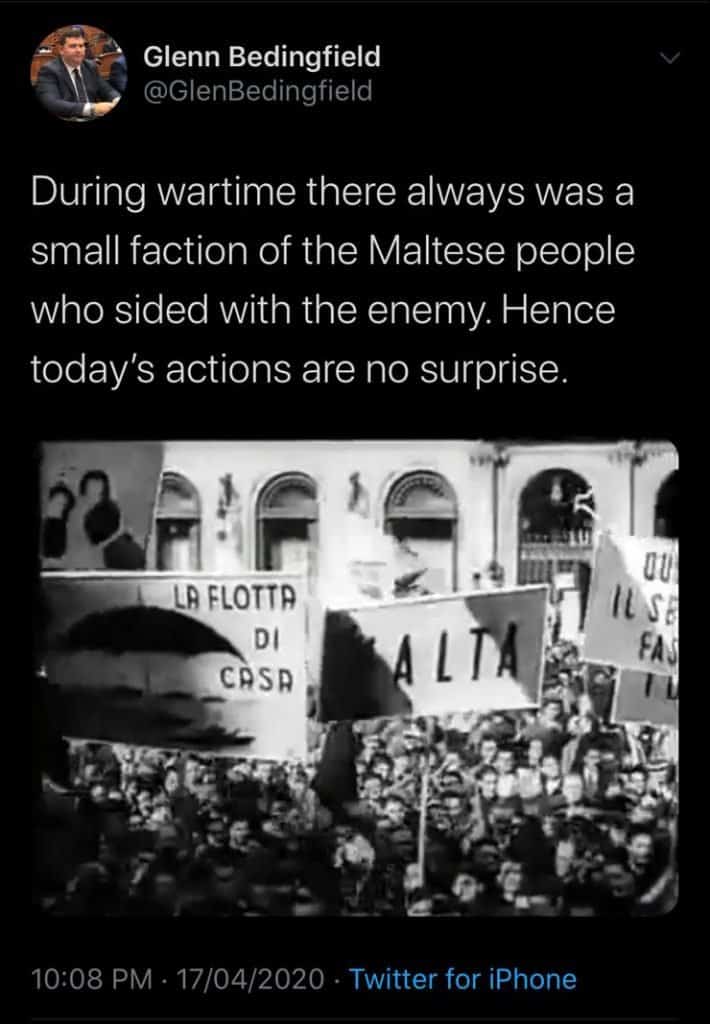 Without going into the merits of the historical accuracy of Glen Bedingfield’s interpretation of this photo, his intention is clear.

In a fight between good and evil Repubblika and those who dare advise it or support it are collaborators with the enemy, with evil. 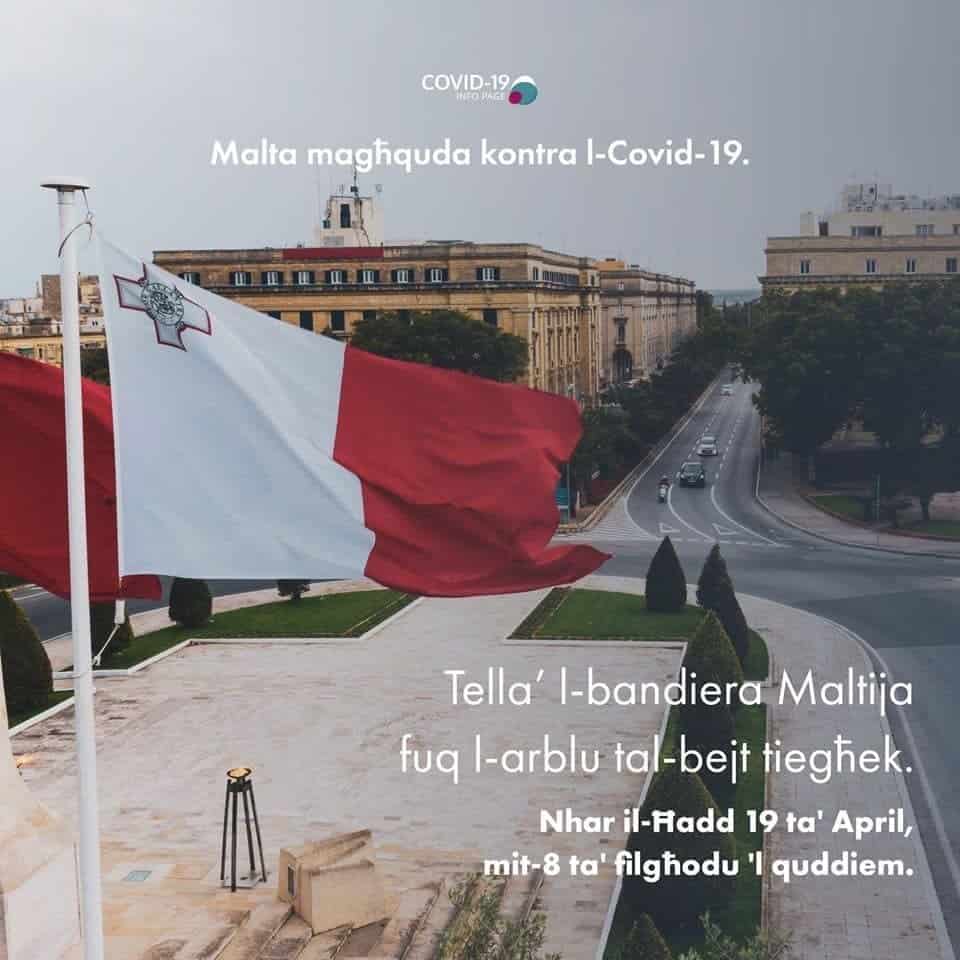 We are seeing now a goebbelsian drive of mass hysteria and paranoia that exploits racism but is not necessarily motivated by racism in and of itself. The public anger thrown at us may be fuelled by racial prejudice and the toxic combination of that with fear from disease. But the motivation of the elites is different. Glen Bedingfield is not here concerned with the supremacy of his race. He is concerned with inflicting his revenge for the partial success of our resistance to the previous government last year.

He and his colleagues are using a pandemic to pivot from the political weakness they suffered just last Christmas and wipe out all pockets of resistance under the weight of this unstoppable flag wrapping that is going on.

They are taking the Maltese flag away from the patriotism of a popular battle for truth and justice and converting it into a forced religion transforming any objection to the government’s authority as a form of apostasy. 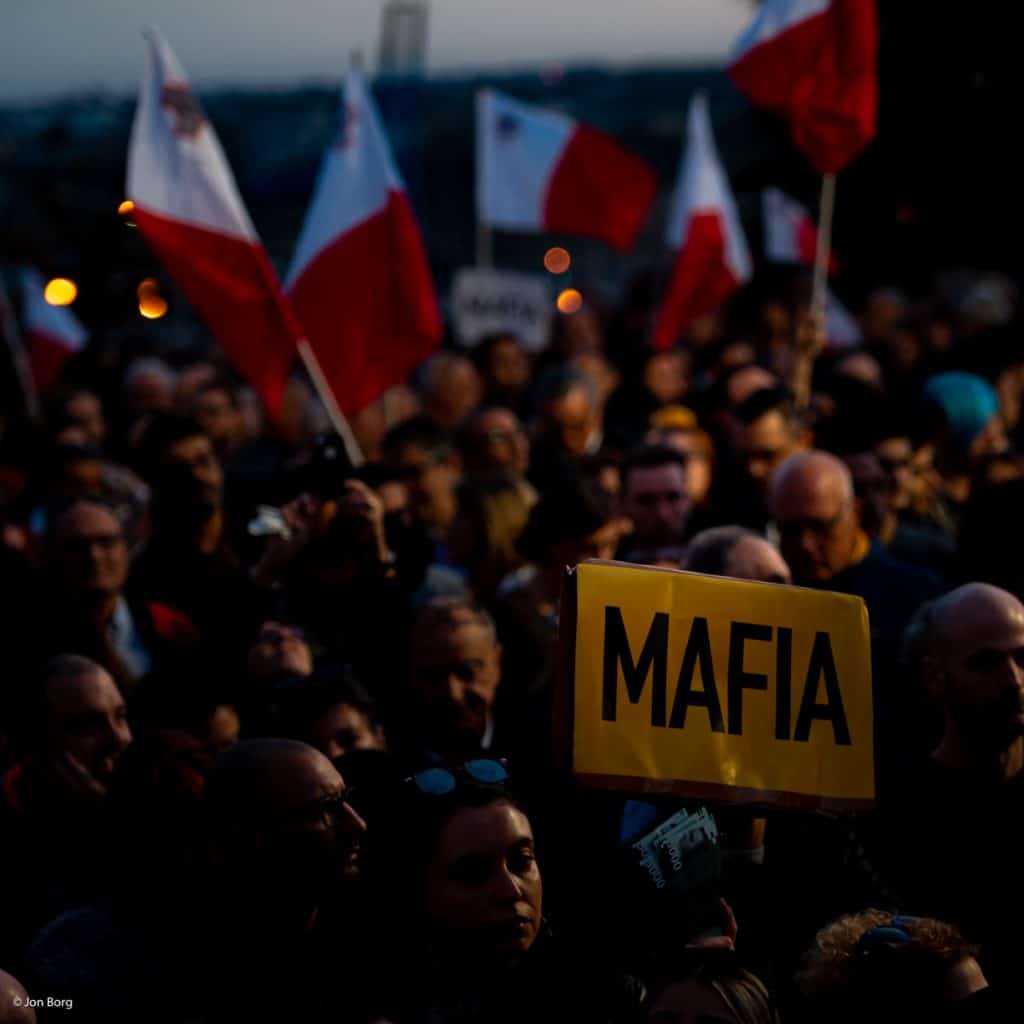 Who is the enemy? Who are we collaborating with? The government has upgraded the rhetoric of “war” and “invasion” that it used to attribute to the migration problem now to a far more dangerous discourse of “enemy” and “collaboration”.

There was only one Maltese person found to have actually collaborated with the enemy in time of war. Here’s what happened to him.

Previous:Robert Abela turns the death of innocent people into a charge against those who dare criticise him
Next:STAR COMMENT: Hey prime minister, here’s what you should have done.