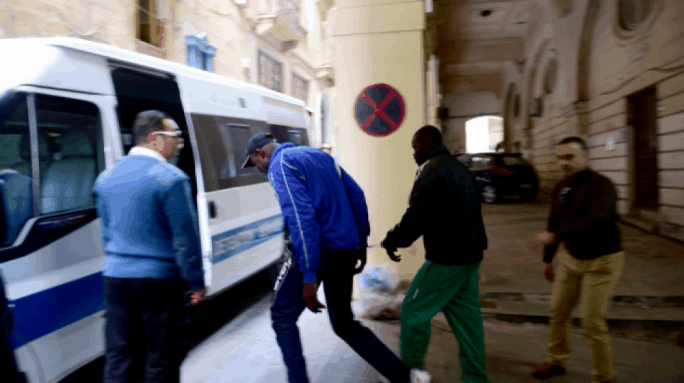 It’s also good that we’re warned not to take this thing for granted. Yes there are economic pressures that we must consider but life is not only made of money. There are some restrictions that need looking into though the people suffering considerably under them do not have the voice of hotel or airline operators. They must still be heard.

People who are due to enter the Paola prison whether for preventative custody or to serve their sentence are passed through a purgatory of 15 days in quarantine to ensure they do not take Covid-19 with them to the prison.

These 15 days are being served in the basement of the court building in Valletta where there are cages normally used for prisoners as they wait to be taken up to court hearings upstairs or waiting for the prison van after their sitting.

As of last night there were 9 inmates in these hell holes. They’re locked inside for 23 of 24 hours and have no direct access to water or toilet. In prison proper that would be considered a punishment regime. It is effectively solitary confinement which is problematic in any situation but exponentially so when someone is still presumed innocent.

Inmates in Valletta do their business inside buckets which they must keep in their cages (cells, is not an appropriate term) until their release hour. You can’t call it exercise. There’s no yard for them to see the sky for one hour a day. The smell in the place is unbearable and it is compounded by the heat of a basement as summer kicks in.

The last time the Council of Europe’s committee to prevent torture visited the lock-up five years ago they weren’t happy with what they saw:

“The multi-occupancy holding cells remained in use. They were separated by bars from the main area that led to the Courts and were dark and bare, other than a line of wooden benches. There were no windows or toilets, nor was there any ready access to drinking water in the rooms. The whole of the detention area was worn and dusty and in clear need of refurbishment and deep-cleaning. The CPT recommends that detained persons held in the multi-occupancy holding cells have ready access to drinking water and toilets. It also recommends that the court-holding facilities be completely refurbished and be kept in a safe and decent state of repair.”

And those remarks were about cells being used by inmates for a few hours at a time. Now inmates are held in these conditions for 15 days.

In at least two cases lawyers have argued for the inmates that conditions in this lock-up were unacceptable.

Magistrate Monica Vella upheld the request for the release from preventive arrest of a 28 year old man charged with stabbing another man in a fight. The accused was tracked by the police after running from the scene.

His lawyers argued their client should be granted bail as the lockup was not the right place to detain people for extended periods of time.

But Magistrate Joe Mifsud dismissed similar arguments in a separate case of a man arrested after drugs were found in his home. He heard evidence from the CEO of the prisons agency Alex Dalli who said he needed to take drastic decisions to protect prisoners and staff at Corradino Correctional Facility from COVID-19. The Valletta lock-up was being used temporarily as a “crucial and life-saving measures” to ensure that the state prison remained virus-free.

That may or may not have been proportionate at the time he testified. But Covid-19 restrictions at the prisons are also being relaxed. Shouldn’t this be a priority?

In any case a Times of Malta report says Joe Mifsud “threw out the lawyers’ argument about the conditions at the courts’ lockup.” When deciding upon the accused’s request he made it clear that bail was being granted only on account of the fact that the prosecution did not object, as long as stringent measures were imposed, including that of taking up residence at an alternative address in Malta.

Is it still necessary for these inmates to continue to be held in these conditions?