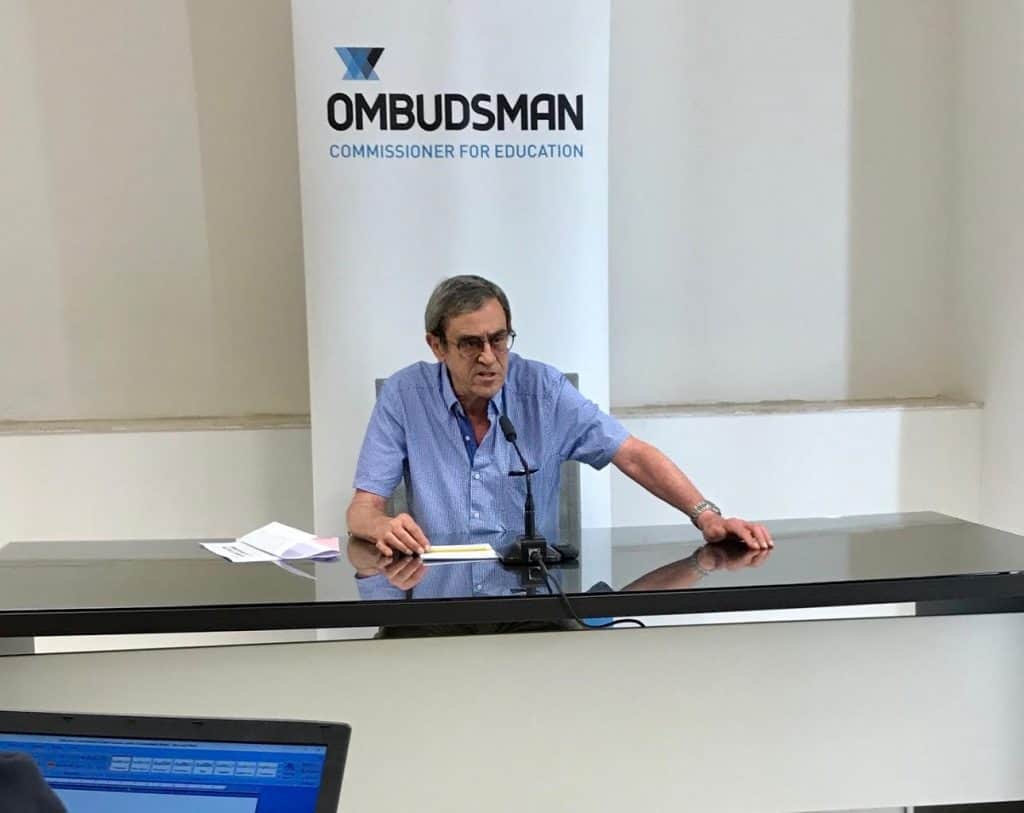 Charles Caruana Carabez is the ombudsman responsible to rule on issues arising out of educational institutions, including the university. He is paid to be the defender of citizens against faceless and unfeeling bureaucracy, of rules that aren’t thought through, of undesired consequences of policy. He rights wrongs. He is a caped hero for our times.

It is a noble job given to one who has retired from a long and glittering career as an educator. You would think that combination would give a man in his 70s the blessing of wisdom. Decades of learning and leading young people by example and a job with a mission to protect the weak from the strong: it should put anyone on the path to sainthood.

Charles Caruana Carabez then, will surprise you. Look at this post with its racist overtones and a thinking so muddled the word logic cannot be used to describe it even with adjectives like perverse, flipped and just plain bonkers. 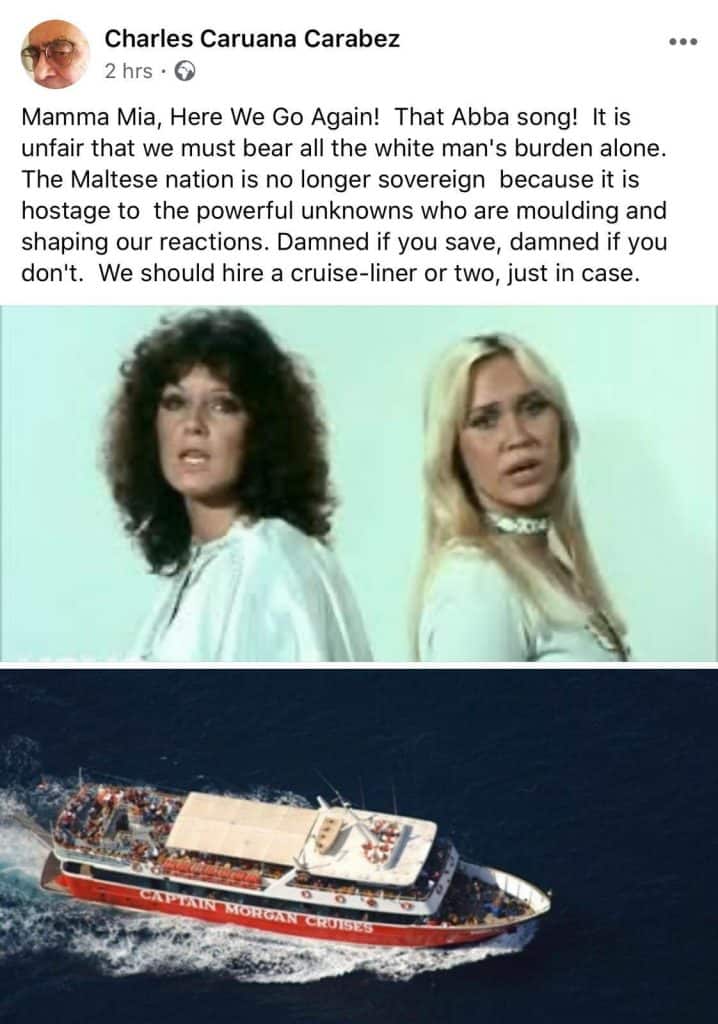 Never mind the fact that someone with a Masters in Shakespearean tragedy thinks quoting Abba out of context is a good platform for his sapient comment.

He uses the phrase “white man’s burden” without a hint of irony. He thinks Rudyard Kipling is still a good reference point for policy making and moral judgement. I’m sorry if I’m going to sound patronising if I proceed to mansplain ‘white man’s burden’ to you but clearly Charles Caruana Carabez hasn’t been paying attention these last 100 years.

‘White man’s burden’ stands for the rationalisation of colonial powers that assuage their conscience for the abuse, the exploitation, the systematic robbery of the resources and dignity of ‘savages’, ‘inferiors’, ‘negroes’ and ‘subject peoples’. Imperialists told themselves their crime against humanity was actually a sacrifice, a ‘burden’, an act of charity.

They told themselves that forcing people into indentured labour, imposing the forced sale of their products on markets uninterested in them and extracting minerals and produce at controlled rates were acts of magnanimity. These were unreasonably low fees for bringing ‘civilisation’, ‘industrialisation’ and the ‘true word of God’ to people who were being saved from a faithless life in the trees.

Now Charles Caruana Carabez classifies “us” (the Maltese) on the imperialist side of this white man’s burden. Which is even more ridiculous. Malta was no white, Eurocentric, imperialist country civilising the natives of its colonies. Malta was a colony. We were the brown, native savages who were expected to be grateful to the imperialists who used our country as a coaling station, a nursing home and an unsinkable, but certainly not an undamageable, aircraft carrier. And in between wars, when there was little use for our country in the grand imperial scheme of things, our ancestors gnawed on their elbows.

It is incredible for someone who grew up teaching in a country that in his own lifetime emerged from the yoke of colonialism to speak of the ‘white man’s burden’ as if it’s a good thing.

But then, perhaps, it is not so incredible. This is not the first time that Charles Caruana Carabez has allowed his blood-curdling prejudices about race and ethnicity to emerge to the public’s attention. Even in the direct exercise of his responsibilities.

Charles Caruana Carabez reflects our attitude to “economic migrants” when all of us have uncles and aunts and distant cousins in America and Australia and Canada and the UK who were as economic migrants out of the unemployment and destitution, direct consequences of our status as a colony.

The education ombudsman reflects the national collective stupidity of feeling we have the right to be racist and to scoff at people of darker skin having been treated for generations as beasts of burden by pale English soldiers in shorts and knee socks with a crusty pink sun burn in the raw exposed portion in between.

And as a career educator Charles Caruana Carabez is perfectly fitting. If he’s spent his career teaching the thousands of students that sat in his classes over the decades speaking to them about the glory of empire and the racial ranking of the world order with is-suwed at the bottom of the pyramid, we can understand why we are now living in a society that thinks it is ok for the bloody savages to drown.

If Charles Caruana Carabez is a dinosaur, we’re living in Jurassic Park. And since no one fires him, the government are this insane anachronism’s game keepers.