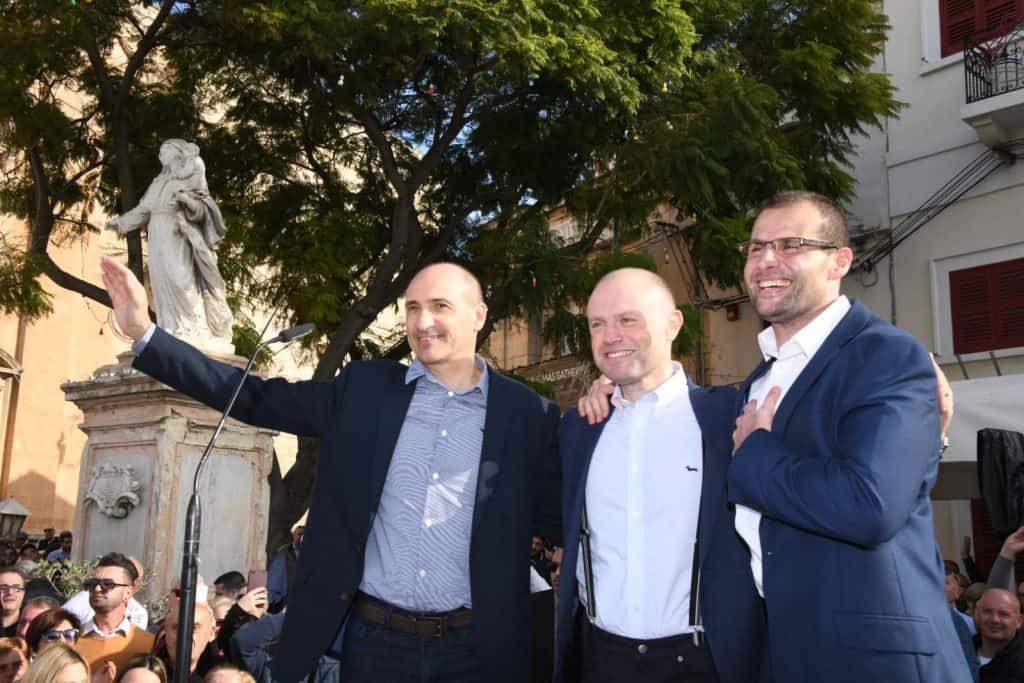 First, use the law to flout the law. Joseph Muscat’s government kept doing that all the time, pulling out legal loopholes and minor legal detail in order to suffocate the real intent of the law.

They would say Jason Micallef and Tony Zarb were exercising “free speech” while they abused official power to intimidate and incite hatred. They would say Konrad Mizzi settled with justice by paying a fine to the tax man when he was caught with off-shore accounts in Panama. They would say Owen Bonnici had the duty of keeping Valletta clean while he censored protestors. They would say Keith Schembri was collecting on a debt when he was stashing kickbacks at Pilatus Bank. They would say Yorgen Fenech won the Electrogas fair and square while he was plotting to kill the journalist who discovered he didn’t.

Second, lie when you have to but smile while you do it. Joseph Muscat did it all the time.

Robert Abela is lying about the accidental nature, as he says it is, of the pick-up of migrants by the Mae Yemenja after the Easter weekend. He is lying because the difference between an occurrence of an accident and the execution of a premeditated plan, however ill conceived, amounts to a breach of international law and perhaps even a breach of criminal law.

Look at this Twitter thread by The New York Times reporter Patrick Kingsley reacting to Robert Abela’s barefaced lying yesterday. The prime minister didn’t even have the decency to wear a mask.

Today Malta’s PM @robertabela_MT implied an interception of 50 migrants last month—& their return to Libya—happened by chance, thanks to a “passing” boat w a “Libyan flag”

Our reporting shows it was a planned op involving 3 boats sent from Maltahttps://t.co/slutjBNezU

Third, if loudly and forcefully repeated any lie will become truth. Or at least a viable alternative to the reality of facts. This is achieved not by addressing the facts but by discrediting their harbingers. Joseph Muscat learnt the trade as a minion of Alfred Sant. But he upgraded it to systematic isolation and demonization of his nemeses to a point never seen before.

Of course, the principal victim of this was Daphne Caruana Galizia. What she said was treated as irrelevant. What mattered was the fact it was she who was saying it. Spurious motivations were attributed to her: working for the PN was the obvious one, but there were other more insidious but just as ridiculous insinuations. That she was working for a national hostile take-over by a marauding horde of Sliema upper lower middle-class snobs. That she was a woman usurping the world of men. That she was a witch. That, and I apologise for the stark brutishness of the remark, ‘Daphne sucked black cock’.

Because you see of course, a campaigner against government wrongdoing, against corruption and in support of proper governance and human rights could never ignore the rampant discrimination against and the illegal imprisonment of migrants.

Whatever prejudice about her social background, her alleged snobbery and her cartoonish haughtiness, Daphne Caruana Galizia’s writing and her journalism was more than anything else a campaign for decency, compassion and justice. And migrants have long been suffering injustice at our hands.

That is why when she herself had to paint over a disturbing graffito burst on a wall in her neighbourhood of Bidnija, it wasn’t a nasty slogan about her alleged political affiliations or her support for the wrong set of politicians that that graffito was so crudely denouncing. It was for something so horrible, the furious anger of even larger mobs comes out in the open than when one dares not be a fervent supporter of the great leader that happens to be heading the Labour Party at the time: the audacity to write and act in support of African migrants.

Robert Abela is working on the back of the same manual. Even daring to speak for migrants at sea or on land has been represented as an act of treason, worthy of public derision, heckling, trolling, threatening and generating a horrific environment in which to live and want to say that people should not be allowed to drown or sent into slavery.

We’ve seen it all before. Just because this is happening again, does not mean we should now stop resisting.

Previous:GUEST POST: Fixed prices for face masks – who pays the bill?
Next:So now it’s the Pope’s fault, is it?