Evarist Bartolo has taken his slithering, conniving, weaselly cunning to the foreign office exporting his particular brand of Maria l-Maws subterfuge and deceit and seeking to package it as diplomacy. Our country’s diplomacy.

He’s picked up a standard racist troll’s taunt “daħħalhom id-dar tiegħek lis-suwed, ħelu” and sent it to the Pope. The argument is a fallacious block of slimy stupidity in any case. I argue that people who have heart attacks should be taken to hospital and treated. I don’t have to offer to treat them myself on my sitting room couch to earn the right to make that claim.

Social justice since we started walking on two legs and stopped eating in the caves where we shit has structures for rather more sophisticated means of solidarity. We pay taxes to fund hospitals and ambulances and the salary of heart surgeons. My daughter understood this crap before she could speak my name.

Even in the annals of reserve shock-tactics of the Malta Labour Party, coughing up anti-clericalism was a weapon everyone hoped they have put away for good. But they haven’t put away Evarist Bartolo for good, he who thought of resigning because of his struggles with his conscience.

Pope Francis was not waiting for Evarist Bartolo’s semen-smudged letter to open the doors of the Vatican to host refugees and desperate migrants. Given the size of the country the Pope rules over, the Vatican must be the country with by far the highest proportional rate of sheltered migrants. Far, far, far more than anyone. Far, far, far more than Malta.

But the Vatican does not use the obvious statistical anomaly of trying to compare averages per square metre of countries with mountains and rivers and open spaces like Germany and France and city states like Malta and the Vatican. They’re not babies there. 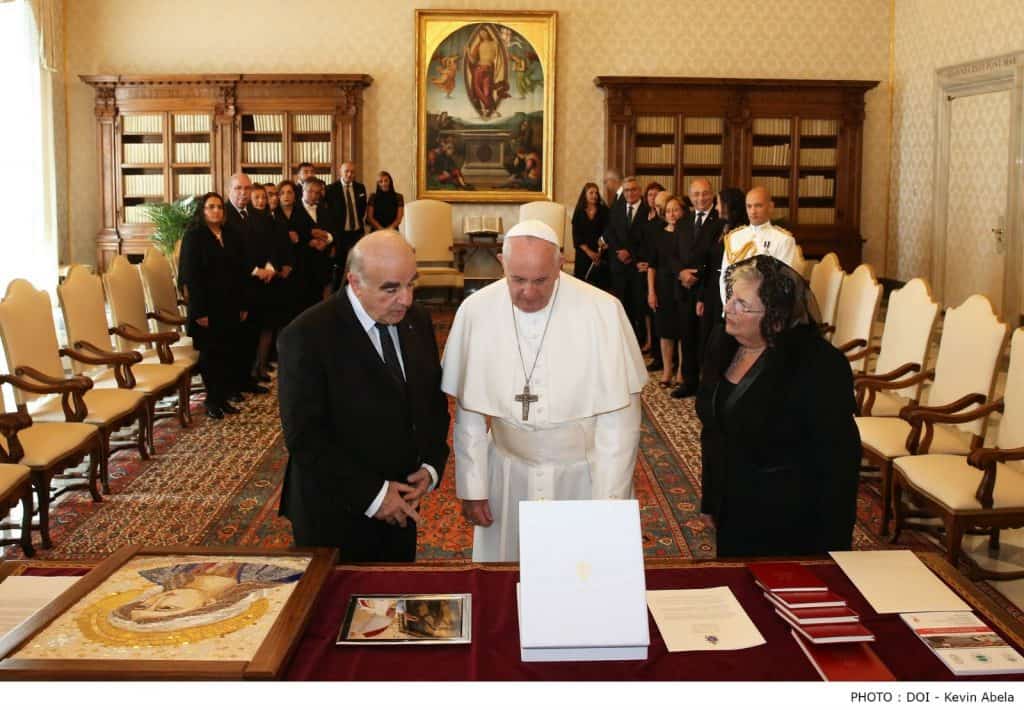 How dare Evarist Bartolo bring the Pope into this? As if the Pope was alien to the plight of migrants and needed Malta’s government to wake him up to what’s going on. How dare Evarist Bartolo ignore the fact that so many religious people and organisations here in Malta – Roman Catholic mostly for the obvious reason that most clerics here belong to that church, but also several other denominations and faiths — who give their lives to make up for the national callousness, indifference and plain hostility to migrants.

So many people here in Malta are saved every day by the sacrifice of religious people who work to help migrants survive in a community that is intuitively hostile to them and would rather they have drowned at sea.

How dare he, I ask? It’s the wrong question. The government may not show it but they’re in a panic. Twelve people have died and 57 people are probably envying them in a hell-hole in Libya. And now the government is looking for people – for anyone they can blame for the shame they have brought on themselves and our nation.

And here we are trying to put the Pope, no less, to shame. Evarist Bartolo has the audacity to ride tall on a moral high horse as he defends his government’s order to abandon people to their fate at sea or worse and at the same try to guilt the Pope into reacting as if it was his fault.

What utter lunacy. And now of course every troll and heckler who spat on the enemies of the people who said people drowning at sea must be saved have an open license to troll and heckle anyone with a dog collar.

When in doubt, blame the cleric.

I’m not in the habit of quoting Popes but I am old enough to remember John Paul II giving a sermon in Malta when the idea of Malta joining the European community was thought silly by governments of several European countries at the time. John Paul II supported the notion and said Malta could be a witness in Europe of the values of the Christian faith.

Maria l-Maws laughed him off. The rat was right. We have nothing to show the world for ourselves if all we have is Evarist Bartolo to show it on our behalf.