“Malta a country of exceptional concern for press freedom” – NGOs

The Council of Europe’s platform for media freedom NGOs have listed the killing of Daphne Caruana Galizia as a case of impunity as justice continues to be delayed two and half years after her killing.

Cases of impunity “highlight deficiencies in investigations, including the failure to identify the perpetrators, sponsors, organisers or masterminds of these crimes, and the failure to secure evidence.”

The report says that “Malta remained a country of exceptional concern for press freedom,” recalling that the Council of Europe’s Committee on Legal Affairs and Human Rights noted “a series of fundamental weaknesses in Malta’s system of checks and balances… seriously undermining the rule of law” in the country. 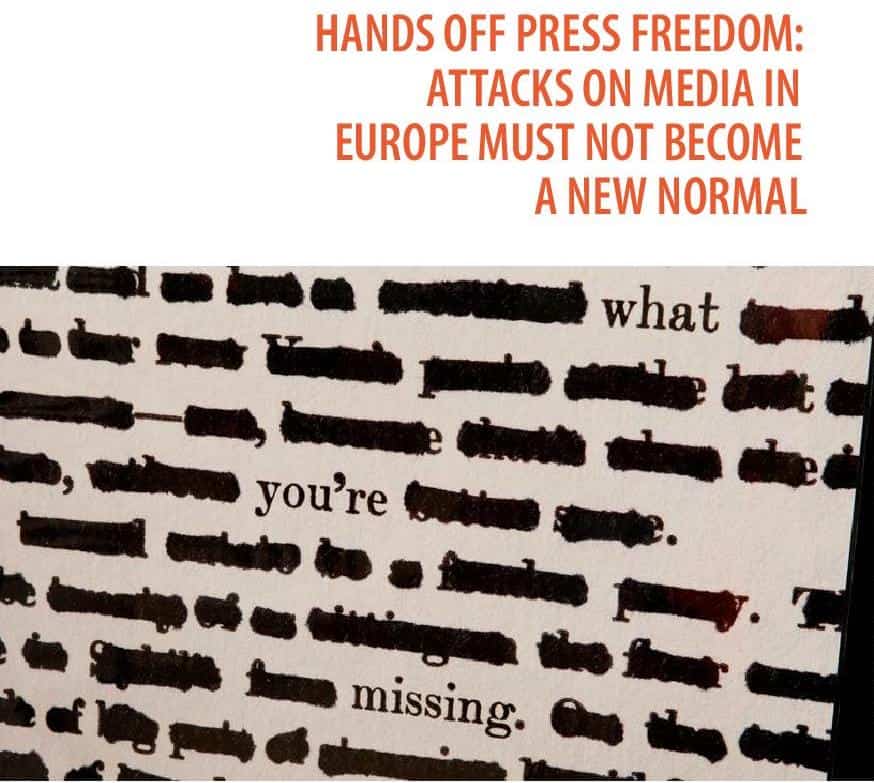 The report recalls the events of 29 November of last year when following a late-night press conference by Joseph Muscat, a group of journalists including Daphne Caruana Galizia’s son Paul were locked inside the office of the Prime Minister. “No explanation was provided by those responsible: a group of men who claimed to be security guards but were not officially identified and not in uniform”. Footage of the incident, the report says, contradicts the Maltese government’s assertion that no journalists were locked up.

The report also logs the threat of a SLAPP suit against the authors of Murder on the Malta Express Carlo Bonini, John Sweeney and myself. “In Malta, powerful individuals continued to use SLAPPs to scare journalists into halting investigations into corruption and other matters of public interest.

“In September 2019, the law firm Carter Ruck – acting on behalf of the Maltese government and instructed by former Prime Minister Joseph Muscat, his wife, Michelle, his former Chief of Staff Keith Schembri, former minister Konrad Mizzi, and Minister Christian Cardona – sent a letter marked ‘private and confidential’ to blogger Manuel Delia who, with journalists Carlo Bonini and John Sweeney, authored the book Murder on the Malta Express: Who Killed Daphne Caruana Galizia? The letter alleged that the book’s contents were highly defamatory. No response was received from the Maltese government to this alert.”

A further incident was recorded from January 2019 when the Shift News experienced a Distributed Denial of Service (DDoS) attack. “The attack followed the publication of a series of investigative stories on a controversial hospital deal concerning Vitals Global Healthcare. Such DDoS attacks are designed to take sites and servers offline at critical times.”

EU Commissioner Vera Jourova said EU member states “have to answer” for the threats against journalists listed in the report.

Everyone needs to know about threats against journalists, and Member States have to answer to them. The Council of Europe’s platform on the safety of journalists and its alerts are an important tool: I discussed the 2020 report with @pressfreedom @globalfreemedia @article19org ⬇️ https://t.co/oS5SFl4eqf

A copy of the report can be found here.