Malta features on Italy’s Il Foglio today under the headline “L’Isola dei Sovranisti”. ‘Sovranismo’ is a political term normally used to describe far right politicians that argue for the autonomous self-reliance of states and for countries to act in their own interest without regard to international law or cooperation. It is used for the policies for Matteo Salvini’s far right Lega that for some time was part of Italy’s coalition government.

The report by Luca Gambardella speaks about the Easter week push-back of migrants, but also of the racist hatred, the anti-EU politics and the attacks on Germany and the Vatican perpetrated by officials of the Maltese government.

The report includes comments by Archbishop Charles Scicluna who says that “unfortunately it is not an exaggeration to speak of xenophobia and racism in Malta. The reason is frustration. The island has a growing number of poor and unemployed people and frustration suffocates any sense of solidarity.” The Archbishop adds that because of the coronavirus “tourism has stopped,” and he adds that Europe too has its responsibilities. “Malta cannot be left alone to manage migrants. Sporadic interventions no longer cut it. We need structured measures.”

The report recalls how upon his swearing in Robert Abela undertook to help Malta’s reputation recover after his predecessor resigned in disgrace. But this has not worked. One of his most prominent policies is the criminalisation of sea rescue NGOs, following the path of Italian sovranisti.

The report is shown here. 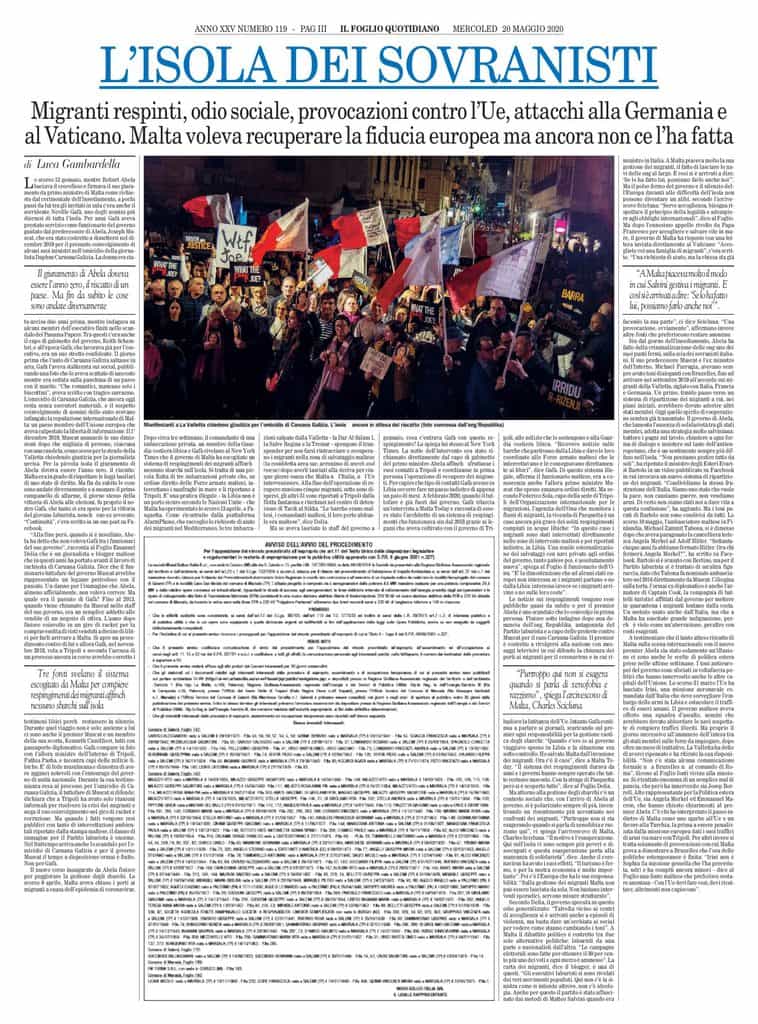 Previous:Repubblika on rule of law reforms: (17) Conclusion
Next:Photos show AFM illegally forced migrants out of Maltese waters and sent them to Sicily