Repubblika on Migration: Silence is not an option

A statement by Repubblika 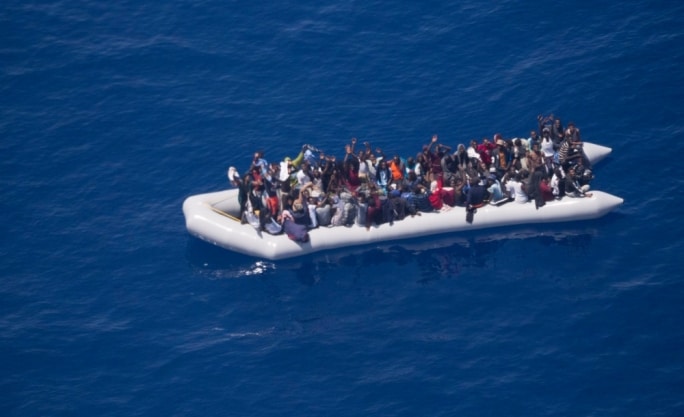 We, Repubblika, consider that certain decisions and actions of the Maltese government during these last weeks amount to real and present threats and, in some cases, a veritable outrage of fundamental human rights.

These decisions and actions mean that our government has exceeded the limits of its powers under domestic constitutional and ordinary law and under international obligations Malta has entered into by treaty or convention.

Since Easter 2020, 2 people are known to have died waiting for salvage for 5 days at sea. Another 7 people were lost at sea, presumed dead, under the same conditions. A further 3 died on a boat dispatched by the Maltese government while no attempt appears to have been made to provide medical evacuation and emergency assistance to them.

57 people have been forcefully pushed back to Libya, a war-torn country deemed unsafe by international agencies and widely recognised as a location for systematic torture, slavery and rape. Their names are protected because they risk being identified as witnesses of crimes against humanity and that alone places their lives in great danger.

At least 150 people were detained indefinitely aboard vessels ordered to stay outside territorial waters without any assessment of their eligibility for refugee status.

Every citizen has the duty to hold government to account when they exceed the limits of their powers, or fail to act, in a way that places in jeopardy or breaches any person’s fundamental rights, or any other rights protected by law.

It is therefore our duty to denounce these outrages and to act to the best of our ability to resist illegality. We are bound to speak on behalf of vulnerable people without proper access to justice.

This applies to migrants who have never set foot on Maltese soil as much as it applies to any other victim of human rights abuse, whether they are Maltese citizens or not, whatever their origin, ethnicity or legal status. The only relevant characteristic that entitles one to fundamental rights is one’s humanity.

Repubblika does not aspire, and is in any case unable and ill-equipped, to fight every good cause we face as a society. Our democracy is endowed with a vibrant civil society in several sectors.

The challenges of migration bring out the best in our community. Hundreds of people and scores of organisations are giving their all to defend migrants’ rights while living in our community. They help them integrate in our social and economic life, protect their right to their own cultural distinctiveness and support them in their seemingly impossible effort to overcome poverty, prejudice, unfair treatment and discrimination.

We cherish the work done by several Maltese NGOs, churches, charities and individuals. You make us proud and remind us, when we are often tempted to despair because of the loud racism and hatred projected in our community, often fomented by populist political leaders, that we live in a community which is rich in human kindness and the dedicated commitment and energy to protect the rights of all members of our community. Thank you.

Whilst we support your great work, we at Repubblika do not aspire to supplant it.

Our focus is on the job for which we have been set up: being watchdogs on the public administration and using all legal means available to us to insist on the rule of law, on compliance with international obligations and on respect for human rights.

As we expect compliance with the law and solidarity and compassion from our own government here in Malta, we expect no less from all the governing institutions of our European Union.

We denounce European institutions – particularly member states’ governments – that turn their backs on the plight of migrants at sea, that consider the inexorable challenge of migration as ‘somebody else’s problem’ and that block a European response to this European collective duty.

Whilst we will never support the use of migrants as hostages in a dispute between Malta and other international actors, we fully support and stand with Malta’s claim that if Malta were to fulfil and exceed its international obligations with respect to migrants coming Europe’s way, Europe will still have failed in its duty to safeguard all human life and guarantee everyone’s basic dignities.

Malta is too small, too poorly equipped and its resources are too limited to honour alone Europe’s obligations.

We will therefore continue to engage with our comrades in European civil society in our shared mission to pressure our governments and to persuade our communities that our humanity and our sense of civilisation require us to stretch out our arms, pull our struggling or drowning sisters and brothers out of the water and give our children a legacy of a generation they will remember for its humanity, not for its callous indifference to the suffering of others.