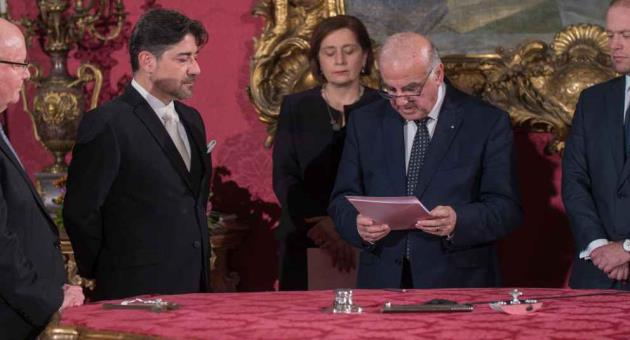 The remarks made by the government ignore the context in which this reform is being undertaken, and how this has evolved since the Commission published its report in December 2018.

Since March 2013, the government has focused on manipulating the composition of the judiciary, to ensure it can exert influence on its decisions in a manner that favours the ruling Labour Party and prominent officials within it.

It is important to recall that the constitutional weaknesses identified by the Commission have existed since 1964. But the blatant and systematic abuse of those weaknesses to ensure impunity for senior officials of the Labour Party is a relative novelty.

It is also important to recall that the moment it became clear that the government would certainly be required to change the system of appointing judges, it rushed to complete its hostile take-over of the judiciary, which resulted in a change of 13% of the judiciary in April 2019. This in light of the fact that the European Commission was backing calls from the Venice Commission to reform the system.

Prime Ministers before 2013 used their discretion with caution, appointing to the judiciary persons of undoubted integrity, impartiality and independence. Exceptions happened but very rarely.

The exception became the rule in 2013. Discretion was blatantly abused in breach of judicial independence. Between March 2013 and April 2019, by withdrawing proposals to extend the retirement age of members of the judiciary, the Prime Minister redesigned the composition of the judiciary, replacing the Chief Justice, 57% of judges and 68% of magistrates: a total of 64% of the judiciary.

A number of other appointments did not have a partisan connection, but were reasonably perceived as exercises in intervention of the Prime Minister in judicial independence in order to arrange outcomes that served his own personal interests, or the interests of those close to him:

This shows that 72% of the appointments made by the government were controversial. Considering this is a judiciary composed of 45 persons, these 21 appointments have a significant impact on the independence of the judiciary as a body, and on the confidence the general public can have that the judiciary is independent of the interests of people in senior positions in the executive.

It is absolutely clear that, even as it introduced the constitutional changes of 2016 (described by the Commission as a “welcome step”), the government wanted to ensure that the method of selecting judges and magistrates would not, in any way, diminish its power to influence and exercise control on judicial outcomes.

However, the government has used hollow reforms to brand itself reformist, creating the illusion of devolution of power while in effect retaining it in full effect.

It is unacceptable that the government manages to introduce reforms ostensibly inspired by the Commission but which in reality do not address the core problem: impunity for those personally or politically close to members of the government.

The government may now feel comfortable in allowing the judiciary to choose its new members. The outrage committed in April 2019, with a conscious and systematic partisan shift in the composition of the judiciary, creates the very real risk that the existing bias, or at best, the reasonable perception of that existing bias, simply perpetuates itself without the need of further direct executive intervention.

We will therefore comment on the proposals made by the government in this regard – such as they are – with the reservation that our qualified support to the changes is predicated on material provisions that address the partisan take-over of the judiciary that has occurred in the last 7 years.

1. The increase in the number of members of the judiciary to ensure that they amount to half of the Judicial Appointments Committee (JAC), with the Chief Justice in possession of a casting vote in case of deadlock, is ‘a welcome step’.

There is a real risk, however, of ensuring the perpetuation of political interference serving the interest of the Labour Party, ironically without even the undesirable but mitigating counter-balancing that may occur at such time that the party in government might change.

We would therefore submit that the eligibility of the persons that may be elected to represent the judiciary on the JAC need to have served in the judiciary for a number of years – by way of example, 10 years – in order to ensure that any undue influence that may have been true at the time of their first appointment could be, over time, mitigated by having belonged to the judicial corps for sufficient time to prioritise the interests of justice over any other possible conflicting loyalties.

We would also recommend the inclusion of retired Chief Justices held in good standing by the community (provided they are not otherwise in the government’s employment) in the evaluation and selection process.

Should these mitigating measures not be considered, it remains important that the views of a natural minority in the judiciary are taken into account in the composition of the JAC. This can be achieved, even if imperfectly, using a voting system that allows for some representation of the minority such as by using a single transferable vote with a quota system.

2. The substitution of the Attorney General with the State’s Advocate is not a material improvement to the composition of the Judicial Appointments Committee. The presence of the Attorney General in the present composition is not necessarily problematic because of their prosecutorial role, but because the incumbent is a direct and unqualified selectee of the executive. The substitute State’s Advocate is appointed in the same manner.

If anything, this makes the situation worse in that the State’s Advocate, as counsel to the government, is likely to be more closely bound to the policy of the executive than the Attorney General – autonomous in respect of his role as a prosecutor – could have been . It would seem in fact that executive encroachment is increased by this change.

An alternative consideration could have been made to withdraw the participation of executive nominees altogether, and to use instead persons appointed by the legislature by a qualified majority. In other words, in addition to the Ombudsman and the Auditor General, appoint the Commissioner for Standards in Public Life.

3. We do not understand why the JAC should not have the authority to make the final choice on who to offer the job to. Selection processes create orders of merit in any context, and the number of persons appointed is determined by the number of vacancies declared and the order of merit resulting from the selection process.

Our first preference would therefore be for the JAC to have the authority to make a nomination to the President, with which the President then complies.

If ranking is still, for practical purposes, deemed necessary, the argument that “ranking candidates would have an undesired and demeaning effect” does not hold. If the ranking is transparently established by the JAC according to objective criteria, there should be no reason for anyone to feel they have been demeaned by not ranking first. All professionals undergo similar processes, including senior officials of state. Indeed, judges already experience ranking when they apply for positions at the European Court of Human Rights where, obviously, not all applicants are selected.

It seems to us that the government is unwilling to allow the judiciary to have the authority to select who should join its ranks. This in spite of the fact that judges have the desired experience and competence to make that choice.

We would therefore recommend that the appointing authority receives from the JAC a clear and binding recommendation on who they are to appoint.

4. The government’s proposal would give the President probably the first ever discretionary and executive authority in our constitutional system, at least during the term of a Parliament. That, in and of itself, is not necessarily objectionable if the proper checks and balances for their authority are in place.

As the law stands, the President, other than in certain clearly defined cases, exercises all his functions in accordance with the advice of the cabinet or of a Minister acting under the general authority of the cabinet (usually the Prime Minister) (See section 85 of the constitution). As the proposal stands – and here is where we must doubt the sincerity of the government – the appointment would still be made by the Prime Minister in a disguised form. On the other hand, if an amendment were to be introduced in the constitution stating that in such a matter the President is to act in accordance with their own deliberate judgment, the question would still arise: why is the President more competent than a panel composed of a majority of the judiciary?

The Commission’s recommendation in respect of a greater involvement of the President was predicated on the enhancement of the autonomy and independence of the President’s role. In its response to the Commission, the government has postponed the discussion on reforming the manner of appointing and removing the President and how they are to exercise their powers, to an unspecified time in the future. .

We must therefore assess this recommendation in the context of the reality of the role of the President today: a person chosen for their position by the Prime Minister.

Although the President has ceremonial precedence over the Prime Minister, the former is entirely subservient to the latter during the lifetime of a Parliament because they are constitutionally bound to act on the Prime Minister’s instructions.

Consequently, under the government’s proposals, the decision on who is appointed from the shortlist handed up by the JAC is effectively retained by the Prime Minister.

We therefore consider this ‘welcome step’ as falling far short of European standards as spelled out by the Commission.