Repubblika on rule of law reforms: (4) The Chief Justice 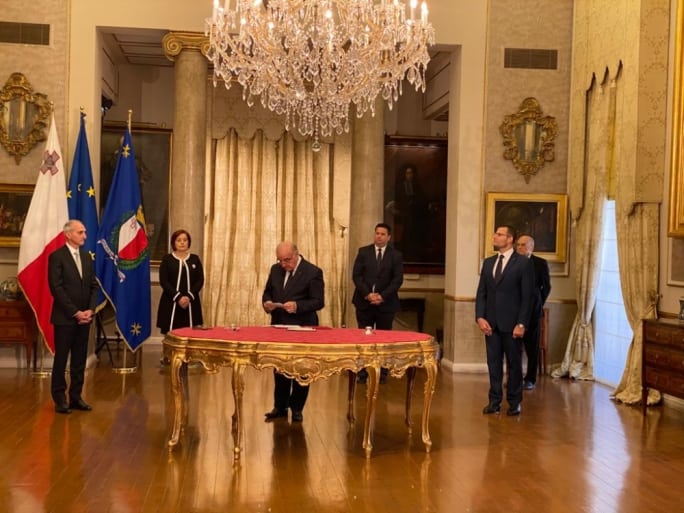 5. The government’s response creates the false impression that “civil society has publicly praised” the appointment of the new Chief Justice by a resolution approved by a qualified majority in the House of Representatives.

Although the government may have been referring to views expressed by others, Repubblika has indeed expressed its delight at the choice of Chief Justice Mark Chetcuti, who we believe to be an eminently qualified and independent selection for the role, and an appointment without a tinge of political partisanship. We did not, however, agree with the manner of his choice.

We remain of the view that a cross-party consensus between political parties on the selection of judges, albeit a ‘welcome step’ ahead of the existing exclusive level of discretion that the Prime Minister enjoys in these appointments, is not a guarantee of judicial independence. Rather, it reinforces the erroneous claim and perception that politicians are to appoint the members of the judiciary.

The ad hoc procedure adopted to appoint Chief Justice Mark Chetcuti was required because the government dragged its feet on any reform right up to the day of the retirement of his predecessor. It does not mean that we support this political intrusion on judicial independence, which now risks becoming some permanent constitutional feature.

Cross-party consensus is not a guarantee of judicial independence. The experience of Tangentopoli in Italy teaches us that parties can happily reach a consensus to cover up institutionalised corruption. It will not be helpful if political parties are granted the power to choose the Chief Justice, whose duty would be to help stop corruption in its tracks.

We do not, unfortunately, have a tradition of MPs acting independently when it comes to voting on such issues. This lack effectively reduces the nomination of the Chief Justice to a back room deal between the two main political leaders. Indeed, to our knowledge parliamentary approval of the motion that appointed the new Chief Justice was a surprise to several MPs, handed down to them at the time they were asked to vote on the motion. They naturally all acted on their party’s instructions and voted unanimously in favour of the motion.

Equally problematic is the risk that consensus is not reached. There is no clarity on what would happen in the case of disagreement between the Government and Opposition benches, or failure to secure a qualified majority for any candidate.

Ensuring that persons occupying positions of executive authority do not act with impunity from the law, necessitates a judiciary independent from both the executive and the legislature (judges have also the role of occasionally reviewing laws to decide whether they are compatible with the constitution). The government’s response essentially portrays the appointment of Chief Justices – even as they acknowledge the potential influence the incumbent might have on judicial outcomes – as some sort of reward: the dictionary definition of interference.

We see no reason why the JAC could not make the choice of Chief Justice autonomously from any political authority. As with any other case of potential conflict, persons sitting on the JAC that are themselves candidates for the position would absent themselves from participating in deliberations on the matter.

Such a safeguard would be more proportionate than getting one branch of government to decide who runs the other branch.

We also do not understand how the fact that the Chief Justice presides on appellate courts justifies the distinction in the manner of their appointment.