This is the fourth and final portion of an extended interview I had with whistle-blower Jonathan Ferris. For this portion, Ellen Trapp from ARD TV and myself took Mr Ferris in front of the building that houses Pilatus Bank.

I asked Mr Ferris questions he could not answer because of the secrecy obligations that still bind him in spite of his dismissal. The answers he could give, you may find interesting. 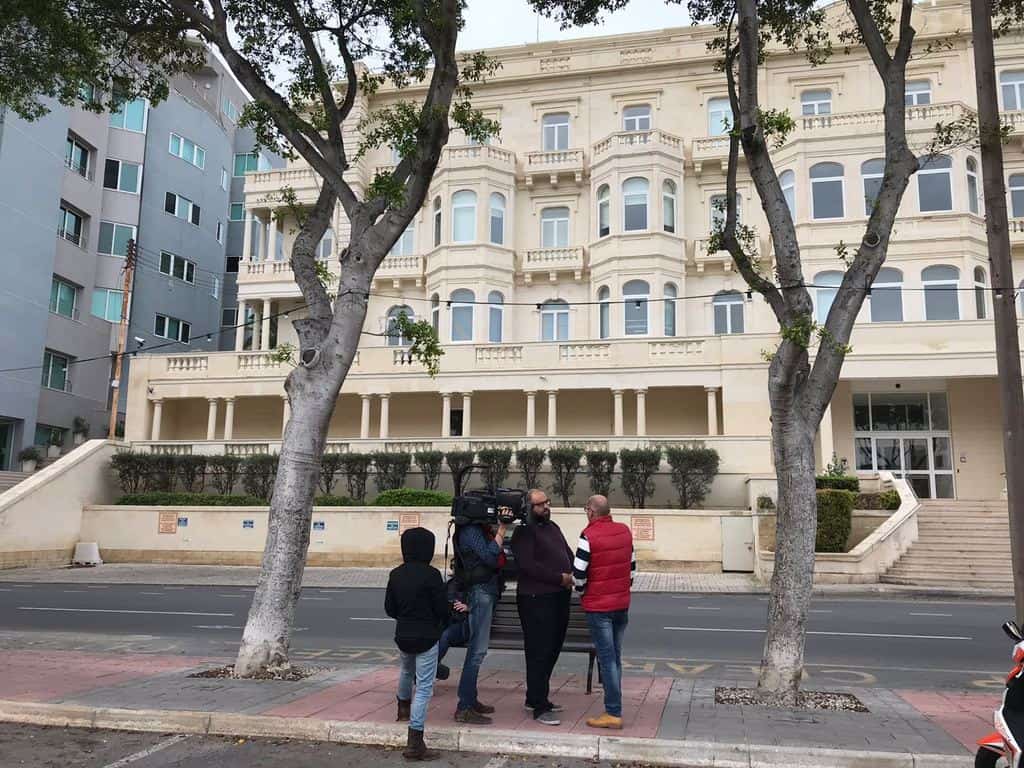 MD:       Can you tell me if, while you were at the FIAU, you investigated the Bank?

JF:           I would have not investigated the Bank, because it’s a compliance department issue, nothing to do with the financial investigations

MD:       Can you tell me if you investigated any of their clients?

MD:       OK.  One of the magisterial enquiries started on request by the Leader of the Opposition speaks about deposits being made by Brian Tonna of Nexia BT into the account of Keith Schembri. Was this part of the investigation happening at the FIAU?

MD:       Now, the FIAU is the place where these accounts were held but it’s public knowledge also how and when it was licenced. Correct me if I’m wrong, but the licencing process, from what we understand, started and finished after 2013, after the new government came in

MD:       Would you be interested as an investigator in finding out how that licencing happened?

JF:           Not only that but also whether or not they have applied prior this and were refused

MD:       From what we understand, the Bank is run by – or when it was first licenced – a 33 year old man from Iran with a passport from St Kitts and Nevis without a day of experience in banking and the licence was given in a matter of weeks.  Would you call that, from what you know of how banks are licenced in Malta, as normal?

MD:       OK, she worked here.  And you came to know of her because her bosses reported her to you for misappropriation.  Would you say that a person in her position would have been in a position to know what she said she knew, that is, who the bank accounts were named for, and transactions

MD:       Of course, of course.  Let’s speak about what happened right after.    Out of these offices, out of the back door, the General Manager, the person who runs the Bank, the Chairman of the Bank rather

MD:       Seen on TV, with I think she was the banking compliance secretary, or something like that, they’re seen coming out with two bags that same evening that the story broke, they’re filmed, they wouldn’t say to anyone what happened.  Then we hear that a private plane flew empty from here to Baku then to Dubai that same evening and then the next day in the morning, the police come here to start an investigation.  As a police officer, or a former police officer, when that story broke, what would you have done?  Would you have waited until the next day to come here?

JF:           First of all, I would have just come down and arrested the two persons, seized their baggages and sent them for investigation.  It’s the easiest part.

MD:       Is it reasonable to suspect there was evidence in those bags?

JF:           Yes.  Given the way, because otherwise I would have come down from the front door, you know, I would not have waited for him, I remember the journalist, you know, speaking to him in Maltese, both the man and the lady, I know them, it’s Alessandra and Antoniella Gauci, you know,

JF:           They didn’t utter a word, and then he said, when everything was in place in the car, this is footage, he said “Sorry I don’t understand Maltese”.  I would have stopped, would have said “listen, what do you need, I’m seeing a man with a camera following you”, you know, for me it’s a bit suspicious.  More highly suspicious is that plane on an outbound journey to Baku and then to Dubai.

MD:       Is it reasonable to think that the evidence was in that bag and it’s now gone to Baku?

JF:           Highly.  What’s even to me more suspicious is that a few days later, the Minister for Tourism gives VistaJet one million euros.

MD:       That’s the airline that flew this empty plane

MD:       From here to Baku, possibly with that evidence.

JF:           Yes, this one million euros, he said that it is as a sponsorship when we all know that VistaJet does not bring any tourists to Malta.  It could have been all good intentions, I don’t know the reasoning behind it, but for me, it looks highly suspicious

MD:       So let’s go back to that evening.  That day, Daphne Caruana Galizia breaks the news.  The press is out looking for the Prime Minister and looking for the bank.  They find light in the bank in the middle of the night, they wait here,  and then they find these two people running away with the bags.  Until this point the Prime Minister is saying there’s nothing to investigate.  The bags appear to go on the plane and the plane flies off to Baku.  The Prime Minister comes out and changes his mind and says there needs to be an investigation.  At this time, the Commissioner of Police is in a restaurant and he tells the press  there’s nothing to worry about, there’s nothing to look at.  But the following morning, what, now 15 or 16 hours later, the police are here, they’ve seen the building and they’ve started an investigation.  Is this a case of, you know, bolting the gates after the horses have left?

JF:           The police.  However, if I was still in the police and I was asked to come the following morning to investigate this matter, I would simply turn my back on the Commissioner and go home.

MD:       OK I’m going to ask you one final question now.  Given the experience that you told us, that there were occasions while you were still a policeman, that ministers of government tried to interfere with investigations

JF:           And you miss the most important point, that it’s the only registered bank in Malta who has a licence to operate in UK.

JF:           So, Pilatus Bank is registered here in Malta as a non-resident Bank OK.  So any residents cannot hold any accounts with Pilatus.

JF:           That I cannot confirm.  But worse than that, both Minister Mizzi and the Chief of Staff Schembri

JF:           However, I did not live long enough for me to investigate [inaudible]. That is why they sacked me, because they knew that I was out there to get them, so

JF:           No, no.  I mean, every government has its own black sheep, OK.  However, the present government, you know, corruption’s become the norm of the day.  It’s done openly in the faces of people and that shows arrogance, and arrogance in the sense that it is a show of power.

JF:           Of course.  When you have a government official where everyone in Malta knows that he holds secret bank accounts so he’s not paying taxes, and tax evasion is a predicate offence for money laundering charges, why do you keep him?  You should set an example with him.

MD:       The building we’re in front of does not only house Pilatus Bank.  There’s also Shanghai Electric which is a company that the government negotiated with to sell part of the energy company.  The Energy Minister of the time was the same Konrad Mizzi that we speak about a lot.  Shanghai had a negotiator for it.  Brian Tonna the accountant from Nexia BT sets up Panama accounts for the two of them.  Would this have been something you would have investigated?

JF:           For sure, for sure.  I mean they chose Panama because they thought it was a secretive jurisdiction

MD:       So they thought they were safe in hiding there but it wasn’t that safe after all.

Previous:Nexia BT’s refusal to meet the EP delegation
Next:No, it is not OK for Ministers to meddle in criminal investigations.