We often speak of Joseph Muscat’s new clothes. His delusional imperialism rests on clay feet that everyone can see but those who would rather not, especially the naked emperor himself. 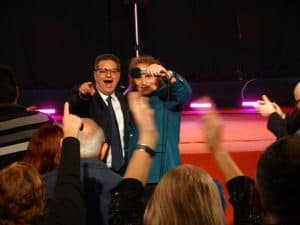 But what is Adrian Delia smoking that allows him not to shudder in the cold? The Nationalist Party, heir to generations of political thinkers, expert game players, capable reformers and inspirational leaders appears today unable to get out of bed and find its way to its tooth brush.

The PN is denying the obvious truth: it cannot win an election while Adrian Delia leads it.

Now I’ll get a bunch of PN trolls – because having those is one new achievement the party has secured under its new leadership – reminding me of buses coming late in the hot summer of 2010. In their minds I am more to blame for the consistently dismal polling below the 30 percentiles, than the people actually leading the party.

People don’t like to be told bad news and shooting the messenger is an old cliché. This morning I got some kicking on Facebook because yesterday I revealed on-going money laundering investigations in Satabank whose owners slipped out of Luxembourg when facing there the same sort of trouble. I was criticised for revealing this because it will harm service providers who earn money from servicing Satabank as if the act of revealing is the cause of harm, not what is being revealed.

It seems like people think that a tree falling in a forest makes no sound because nobody is there to hear it.

The trolls saying I should be ashamed for not giving Adrian Delia a chance are following the same logic. It is not in my power to give chances to, or take any away from, Adrian Delia or the PN. If I do not have any delusions of my own significance in the scheme of things, I don’t understand why anyone else should. 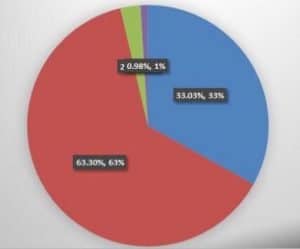 Eighty-four per cent of those who voted Labour in the last election would do so again tomorrow. That level of retention is rare for any government. But it is not an increase in support. It is a decrease: smaller than you would expect, but a decrease nonetheless.

In order for the PN to win an election some 20,000 people who voted Labour last time would need to switch to it. And that if the PN loses none of the voters who supported it to begin with.

At current polling rates, Labour can expect to poll 148,000 votes against 84,000 by the PN. That’s a net difference of almost 80,000 votes. That’s a 2:1 ratio which could give the Labour Party the power to abolish democracy and say it is doing so legally and democratically. We’ve been in this polling space for 6 months now and we can hope for a different answer when we poll on a week of four Thursdays.

The PN is faced by a constitutional and national responsibility. It has a duty to step in as it has before when fundamental rights were in jeopardy. Malta’s history would have been entirely different if the PN was not there in 1981 and 1987 and every dark day in between. But the PN also has a duty to step in and be effective. The last the thing the country needs is a relatively larger but equally purely symbolic protest NGO. Plenty of those around.

This PN is not that.

I perhaps need to point out that I’m not suddenly converted to the notion that a small party enjoying 2.5% support among the electorate is somehow a more appetising prospect than the PN even in its low twenties. I understand the argument that supporting a micro-party or abstaining from voting benefits the Labour Party.

I’ve made that argument myself before every election since before I was of voting age.

But the PN can use that argument when it faces an electorate a few thousand votes shy of a chance of winning. Let us break it down in the simplest possible terms: the PN needs to double its support base to win an election. It is in duty bound to remove any obstacle in its way to do this. Fighting populism with populism is not working. I would say predictably, but it would sound like gloating. Given the choice between an original populist and a copy people will go for the original.

You are free to dislike me for it, but for the good of the country, face the truth.

It is clear the PN is no mood to even consider the prospect of a leadership challenge. The challengers do not like their chances of success and the incumbent is considering nothing outside his narrow field of vision.

The leadership office is stuck in the wrong war, still fighting Simon Busuttil in its mind rather than Joseph Muscat. The world seen from inside the trench presents few options.

One option that appears fashionable is denial. This is not happening. Another is projection. This is the fault of the ungrateful dead like the Manuel Delias of this world that “harm the party” with their criticism.

Try the facts for a change. Meantime, I brace for impact.