Maria Efimova from prison: “Please thank those who are supporting me. I am tired. I don’t know how long I can last.”

Maria Efimova called me from a pay-phone in the woman’s prison in Athens this morning asking me to pass her thanks to all those who have been and are supporting her. She told me she has been informed of the statements of support since the beginning of her detention in Malta and outside and she wishes everyone to know the gratitude she feels for this.

She also asked me specifically to thank Daphne Caruana Galizia’s sons for their concern and support at this time.

I asked her about her current conditions in detention. “It’s not great. But I am fine. They are treating me very nicely here,” she said. “But I am not a hero. I am tired. This has been going on for so long. I do not know how long I can last”.

Maria Efimova has been on the run from organised and mobilised vilification now for over 10 months.

Reporting Pilatus Bank to the Maltese authorities for not paying her salary caused her a counter legal action from Pilatus Bank accusing her of misappropriation.

Revealing to the inquiring Magistrate what she knew about the goings on at Pilatus Bank caused her a media lynching organised by the Labour Party, exile into hiding, an international arrest warrant, an effort to smoke her out with a vilification campaign in Cyprus and now prison while she waits for a decision on Malta’s request for her extradition.

Maria Efimova told me she’ll try to be strong as she waits for a decision on her fate to be determined.

She told me that her time allowed for phone calls was limited and rang off. 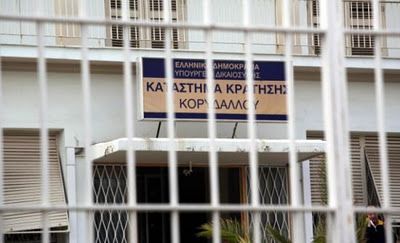