Eleven months ago this week we were all following news as it broke minute by minute.

Daphne Caruana Galizia reports Pilatus Bank holds evidence Michelle Muscat owns Egrant. Michelle Muscat denies it. Joseph Muscat says there’s nothing to investigate. Lawrence Cutajar eats fried rabbit. Ali Sadr sneaks out of the bank with bags. If we are to believe Edward Zammit Lewis, who seems to know, the bags contained clothes. A Vistajet plane takes off from MIA towards Baku. Joseph Muscat changes his mind, calls the press and opens the Egrant inquiry. The plane lands in Baku. The plane takes off from Baku towards Dubai. The plane lands in Dubai. The police go to Pilatus Bank.

Seven days later Ivan Camilleri publishes a story in The Sunday Times. The Malta Tourism Authority has just given Vistajet a million euro to advertise Malta in its in-flight magazine. Vistajet does not carry tourists to Malta or to anywhere. It is a for hire private jet company that ferries plutocrats for whom First Class tickets are beneath their dignity.

If they disdain scheduled flights, I wonder what they would make of for hire deck-chairs in Mellieħa Bay and the horse show at Montekristo.

We never actually saw whether the adverts were ever published in the in-flight magazine.

This 1 million euro payment happened over the resistance of senior management at the Tourism Authority who saw their budget slashed for what they considered a waste. Even the government appointed directors of the MTA were not trusted to review the expense and it was committed without their knowledge.

Edward Zammit Lewis was asked at the time why the payment was made. “There were only clothes in the bag”. 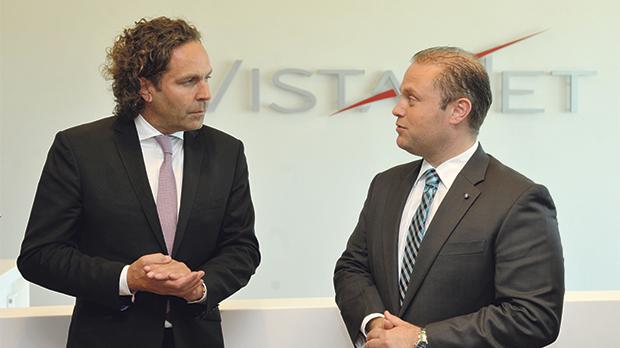 Previous:Maria Efimova from prison: “Please thank those who are supporting me. I am tired. I don’t know how long I can last.”
Next:Is Edward Scicluna getting instructions from Ali Sadr?