Christain Kaelin of Henley and Partners was having a big jamboree last week in London selling the citizenship of countries he does not belong to but which he behaves as if he owns.

Kaelin likes publicity as much as the next hawker but he likes his interviews controlled. His face turned sour when Freddy Gray of The Spectator waited for him to finish his pontification at a publicity seminar and asked him so uncomfortable questions.

Freddy Gray has been covering Henley and Partner links with Cambridge Analytica and its mother company SCL.

A source that was present at the conference told me Freddy Gray waited for Christian Kaelin to finish his panel intervention and proceeded to ask a number of questions that several journalists have been trying to find answers to for several months.

I spoke with Freddy Gray at The Spectator who told me he asked Christian Kaelin if he or Henley worked with SCL or Cambridge Analytica in Malta; if he helped draft citizenship legislation in Malta or anywhere else in Europe; if he knew Ali Sadr before the Iranian was licensed to bank in Malta; and when he first met Joseph Muscat.

As he was being asked these questions, Christian Kaelin walked away leaving his handlers to deal with Freddy Gray. The Spectator journalist told me he also meant to ask Kaelin if he had secured Joseph Muscat’s commitment to a citizenship scheme ahead of March 2013; and if he funded or facilitated someone else’s funding of Malta’s Labour Party.

Christian Kaelin’s handlers called The Spectator’s journalist rude for not asking nice questions about how great Henley and Partners is. They insisted the conference was not an appropriate venue for the questions and an interview would be arranged. Freddy Gray pointed out his request for an interview with Kaelin was made some time ago and never replied. Indeed one of the handlers is heard in this recording acknowledging she was aware of Freddy Gray’s and The Spectator’s interest in this “major story”.

Freddy Gray continues to wait to be granted an interview.

The questions will continue to be asked, until they’re answered. 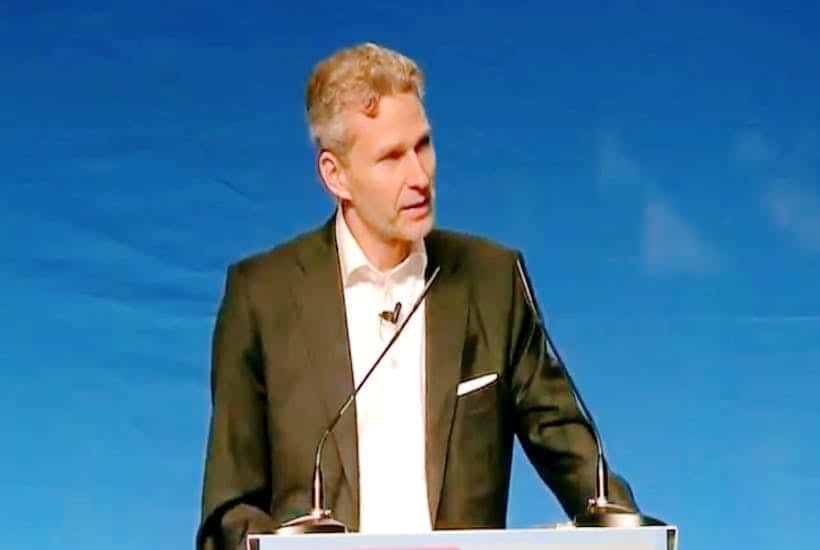