“Daphne” A film by La Repubblica and 42° Parallelo

This website is hosting the first viewing in Malta of a film by Italian news organisation La Repubblica and documentary makers 42° Parallelo. The film “Daphne” will first be shown in Perugia, Italy, at the International Journalism Festival.

The first Malta viewing is being held on 21st April, 2018 at the Sir Temi Zammit Hall, at the University of Malta at 7pm.

Carlo Bonini, one of the authors of the film, will introduce and the film (in its original English version and lasting 52 minutes) will be followed by a panel discussion that will include Mr Bonini as well as other authors who worked on this project and other guests.

Tickets are available here for a donation of 10 euro. 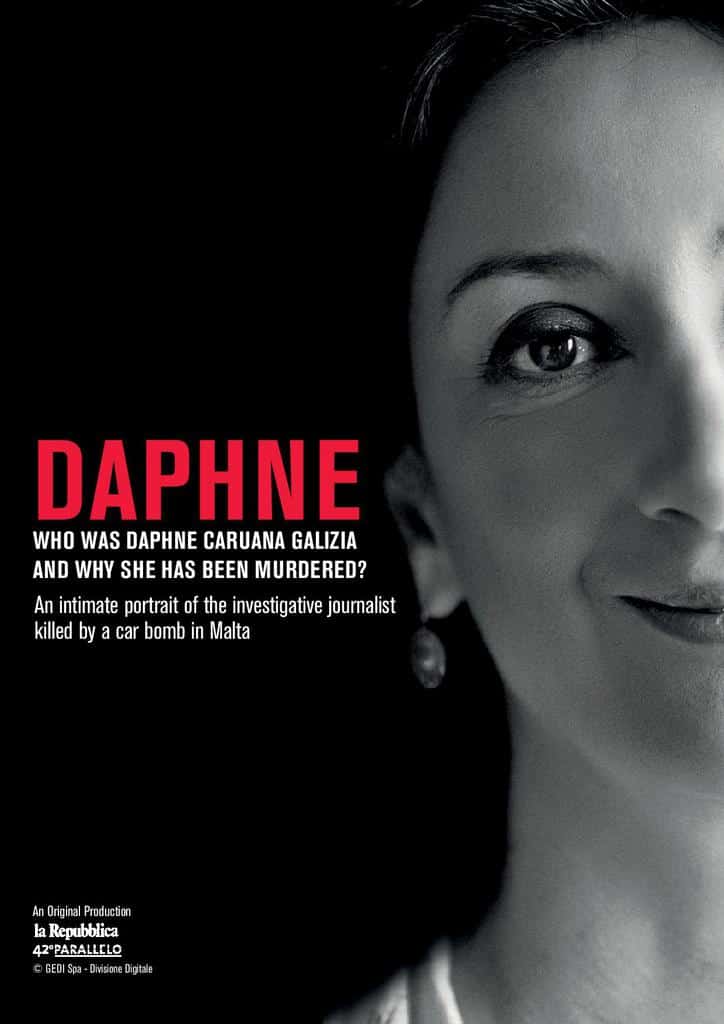