Joseph Muscat: “Labour cannot revert to its past as one of the most morally corrupt parties Malta ever had”.

The exact quote is “Labour cannot afford to revert to tactics, style and people which in the past have made it one of the most morally, physically and ideologically corrupt parties which our country ever had”. 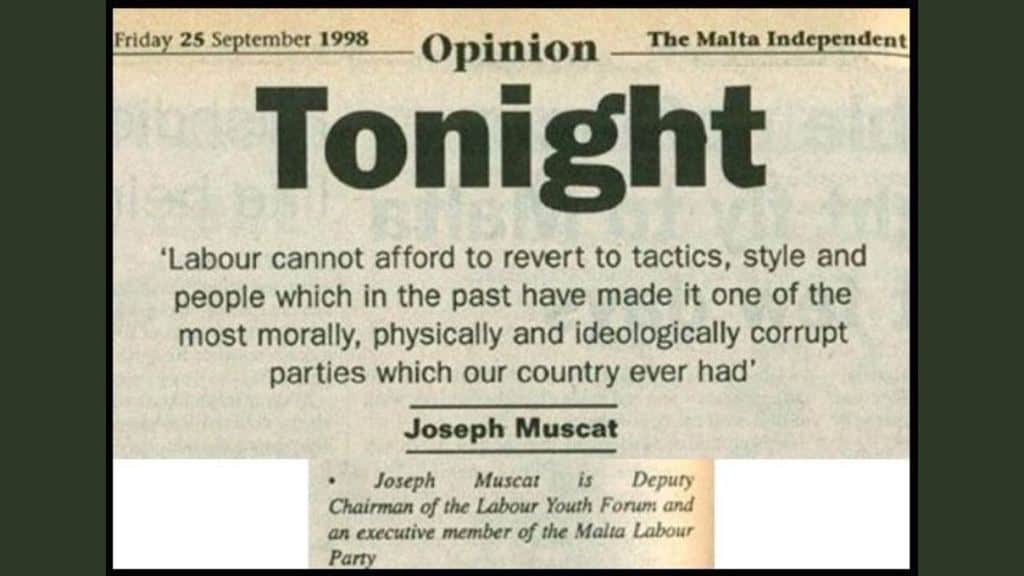 This bout of uncharacteristic sincerity was written on the 25th September 1998 and Joseph Muscat was going through a vulnerable phase. Alfred Sant, whose ‘poodle’ he was at the time, had just lost the election after 22 months in power and the angry supporters of the Labour Party were out to blame the leadership of the time, pining for glorious days when Labour would bash people around when it couldn’t bribe them to get its way. I remember seeing Joseph Muscat crying like an orphan that Sunday afternoon when Alfred Sant was no longer prime minister.

The chaos in the Labour Party at the time was not unlike the PN’s last summer.

But Joseph Muscat was, successfully at the time, making the case that Labour should not be looking for corruption, sleaze and violence to answer the question of how it would go back to beating the PN.

He was providing a doe-eyed plea to Labour delegates asking them to stick to the path of Blairite reform and keep corruption at bay.

Of course the innocence of the rising star of the Labour Party, then in his 20s, would be lost as he learnt the hard way that the straight and narrow was not going to do the Labour Party any good whilst it fought to push back history and campaign to keep us out of the EU.

Out went the anti-EU isolationism (good) and with it the pretense that the Labour Party no longer aspired to revert to the clientelism and corruption of the glory days of the 1980s.

He also argued in 1998 Labour should not revert to its violent ways and to stick to basic respect of human rights. He spoke about the sacking of The Times and Eddie Fenech Adami’s house; the way state-controlled media censored even the name of the leader of the opposition; corruption to access basic rights and public services; manipulation of elections; and a compromised ‘social conscience’.

He spoke of those embarrassments from the 1980s as something Labour was to stay away from.

Understand that at the time of writing this article Joseph Muscat was closer to the Tal-Barrani troubles than he was to the present day. A present were media is silenced by a government he leads in coordination with suited thugs and their SLAPP suits; state-controlled media are supplemented by party-controlled propaganda machines; people are forced to live in garages while the government rolls in the fat from passports sold to Russian plutocrats; and a journalist is blown up while state security agents listen on the phone of the hired assassin. 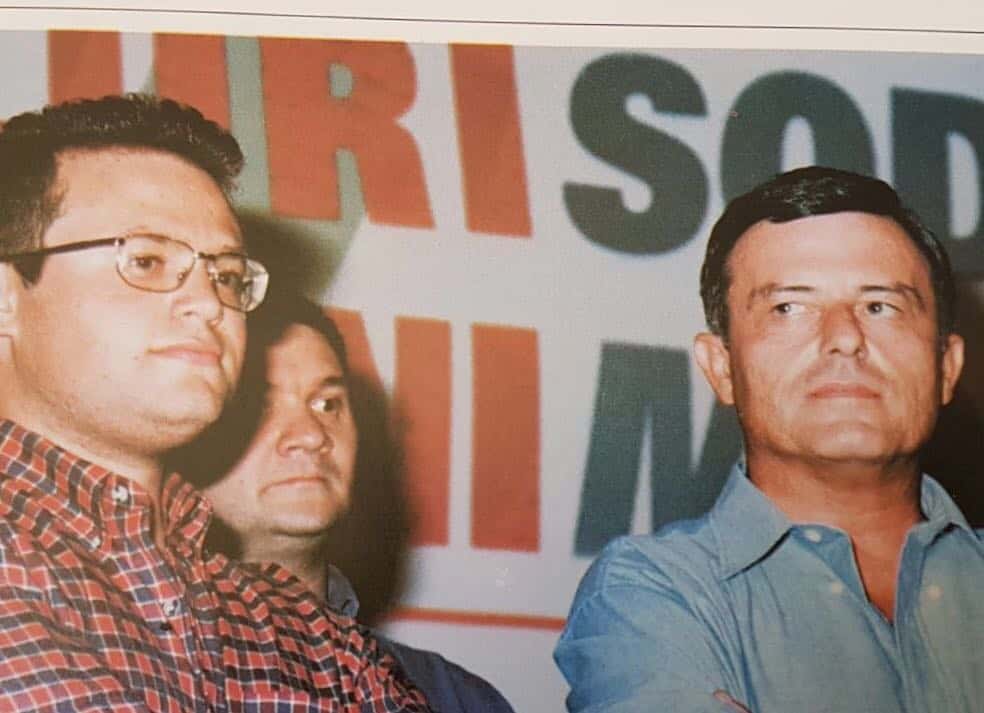