At last Alfred Sant’s call has been heard.

Labour is summoning the crowds to gather in Valletta in large numbers and intimidate Peter, Matthew, Andrew and Paul Caruana Galizia for the vicious crime of having their mother burnt and torn to shreds. They’ll say this on line poster is not official Labour communication. They’re lying. 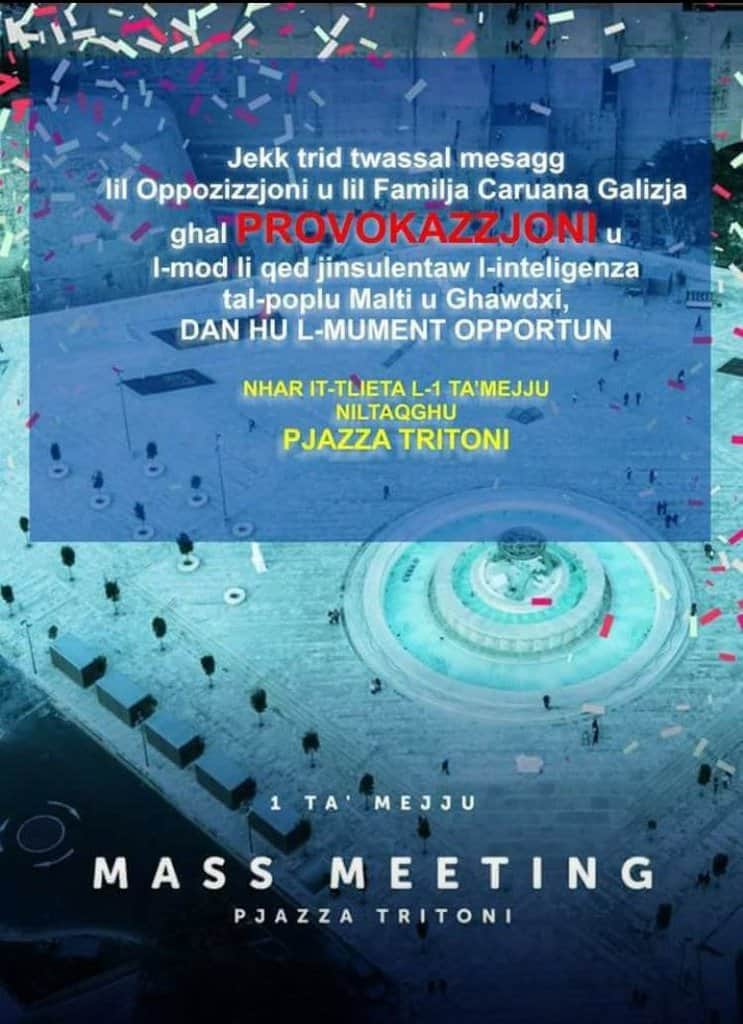 In the meantime the police who did not interview Chris Cardona when they knew he spoke to one of the men they accuse of murdering Daphne Caruana Galizia before and after her killing, have summoned Simon Busuttil to a police interview.

I have been summoned to the Valletta Police Station, Thursday 3PM, to answer Qs on the alleged use of my personal car to carry these posters. Because, you know, for the Commissioner of Police this is more VIP than interrogating @ChrisCardonaMP or @keithaschembri @FbdnStories pic.twitter.com/H1idXL3UzG

The crime? His partner used a car registered in his name to drive to Valletta to stick posters mocking the prime minister and challenging him to answer allegations of corruption.

There will be massive crowds on the 1st of May, many times larger than any gathering demanding justice for Daphne and justice for Malta.

The world is watching and this is what they see.

We are lost. Truly lost.

Previous:Matthew Caruana Galizia: “The hardest thing we’ve ever done”
Next:I know it doesn’t feel that way, but this is real.