I know it doesn’t feel that way, but this is real.

There is something of the surreal again about the current goings on in Malta.

More facts are emerging every day that complete the picture that Daphne Caruana Galizia had started drawing. Sueddeutsche Zeitung revealed transactions into 17 Black that confirm what many have believed for some time: that Konrad Mizzi and Keith Schembri worked on setting up a complex financial structure to hide income.

There’s this feeling around that ‘none of this is new’. In a way it isn’t. It is more evidence to back up exactly the same claim and there has already been plenty of evidence to back that claim up already.

The news is received with jaded exhaustion. The belief, acquired the hard way, that none of this will move the culprits to assume responsibility, the authorities to act, the supporters to withdraw their fanatical loyalty, the people to take to the streets.

Of course there are differences from when we first understood from Daphne Caruana Galizia’s work what Konrad Mizzi and Keith Schembri, under the watchful stewardship of Joseph Muscat, were up to. She is no longer alone in saying this. Not that it should matter. After all if something is true it does not matter how many people say it is true. It just is.

There’s also the difference that Joseph Muscat’s gang does not have the leverage it thought it had to try to crush journalists into silence. Not that throwing at Daphne Caruana Galizia all they had stopped her. Financially ruinous law suits, SLAPPs, vilification and intimidation: only a bomb stopped her in the end.

But they can’t even hope to sue The New York Times, The Guardian, Le Monde, La Repubblica, Sueddeutsche Zeitung and all the others. There are not going to be any frozen bank accounts to force journalists to use their husband’s pre-signed cheque book. There are not going to be any campaigns of demonization on Super 1 that will be of any concern to the top journalism institutions of the globe.

And they can’t all be bombed now can they?

So there are big differences in these revelations that confirm and colour in the canvas that Daphne Caruana Galizia single-handedly built: there’s a force of irresistible credibility that undeservingly Daphne Caruana Galizia was denied by the inveterate sceptics who will not see the truth that is blindingly obvious.

But does this close the matter for good? Of course it does not. Because we have become like drug addicts: we are desensitised to the news like children born in war for whom death and rubble are the everyday.

Never mind the stubborn cultists for whom Joseph Muscat is a hero and will rally in the street in his defence no matter what might ever be proven in a court of law. There’s no hope for them. But think of all the remaining rationally objective people who indulge in what ought to be healthy scepticism to the unhealthy extent that they become blind to the evidence.

Like a jury in a trial, we will never get to see the crime we have to determine responsibility for replayed in front of our eyes. We will be presented with evidence and with rival interpretations of it. But then we must decide.

There’s something to be pointed out here. Today’s fresh evidence of millions poured into 17Black is not more or less damning than the evidence of their Panama set up which has been out for over 2 years.

I’m not minimising the work of Sueddeutsche Zeitung. It’s brilliant work. I’m anticipating the fact that people who would not be shaken into conviction by the evidence of the Panama set up, will be hardly moved any more by this than they already have been.

Let’s be clear. Sueddeutsche Zeiting has not conjured magical abilities to find the evidence it has published today. It’s good investigative journalism the sort Daphne Caruana Galizia did so well. It should be easy for police investigators to reach the same conclusions. And the leaked FIAU reports show that by and large we had investigators who have got deeper into this.

Let us also be clear, the Maltese courts have already instructed the police to dig in this area of inquiry. But that order has been stuck for months in a court charade organised by personal lawyers for Keith Schembri, Konrad Mizzi and the boss of bosses, Joseph Muscat.

Once again our numbness as a country is inevitable. When we see our institutions conspire against the truth why should we think that the same truth we knew from Daphne Caruana Galizia or Simon Busuttil will now have a different consequence just because it’s on the front pages of all the major civilised newspapers of the world?

This is not a surrender. It is recognition of the current state of play. Right now a nation is looking at its own reflection and asking ‘what now?’ even as the answer has been staring at us in the face for over two years.

We need to recognise this numbness is a side effect of the overwhelming depth of evidence, its complexity, the black ugliness of its intent, the depressing consequence of its effect, and the maddening impunity where perpetrators play and accusers choke in their soreness and drown in the futility of it all.

A year ago around this time Daphne Caruana Galizia reprimanded me. I met her in Valletta walking down Republic Street. She had just moved the earth with her Egrant story. And I asked her, greedily, ‘is there more?’

‘Isn’t this enough?’ she scolded me.

She was right. No prime minister in a democracy survived the Panama revelations on their affairs. Think about it. We live in a country where 24 hours after the world press reports a government minister met an indicted hired assassin before and after a murder of a journalist, that minister is still in office.

Because there’s so much, it feels surreal, like anxiety dreams in which your long dead grand-parents talk soccer in a language you never knew.

We’re Maltese. We’re the good guys. And we find ourselves living in a Mafia State where bosses walk around with impunity and everyone must pay obsequious complaisance to them, kissing their hand as they proffer their leather gloves and their oversized signet rings.

We must heal ourselves of our numbness. We must remember what it feels like to be shocked and angry. We must force on ourselves that innocence of a time when we did not know how Romeo and Juliet ended and we did not expect the just, fair and industrious country we inherited to end up like this. 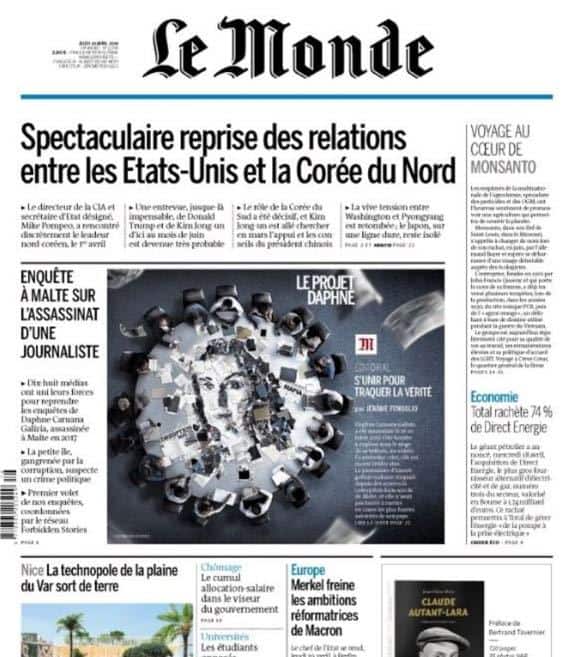 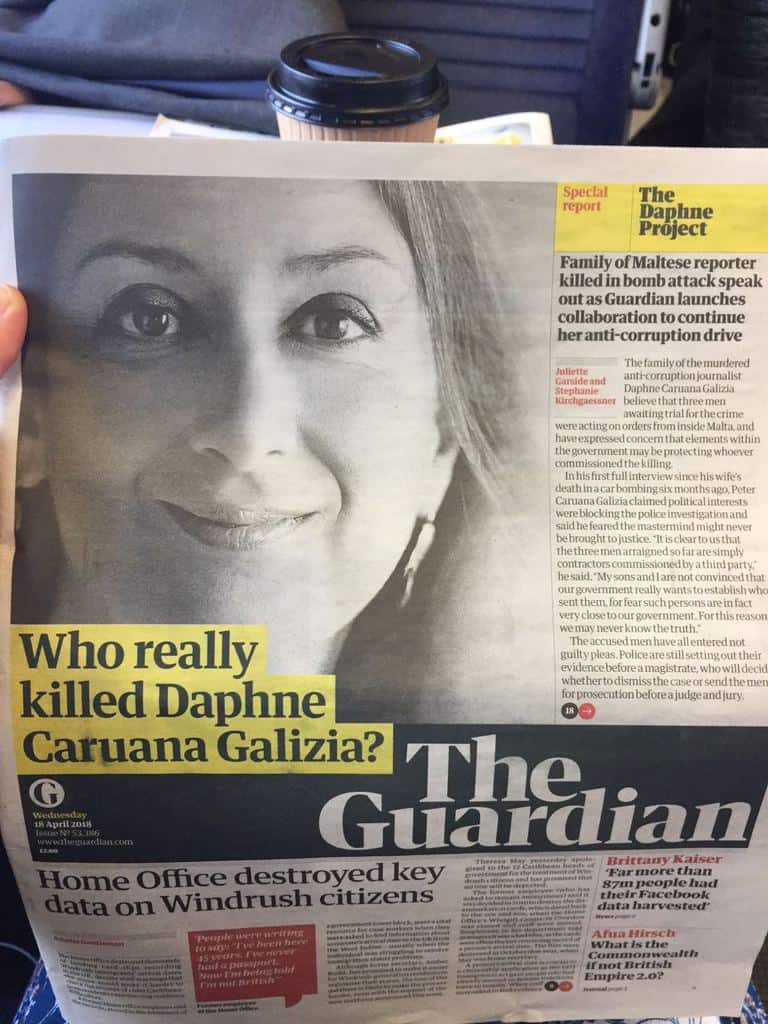 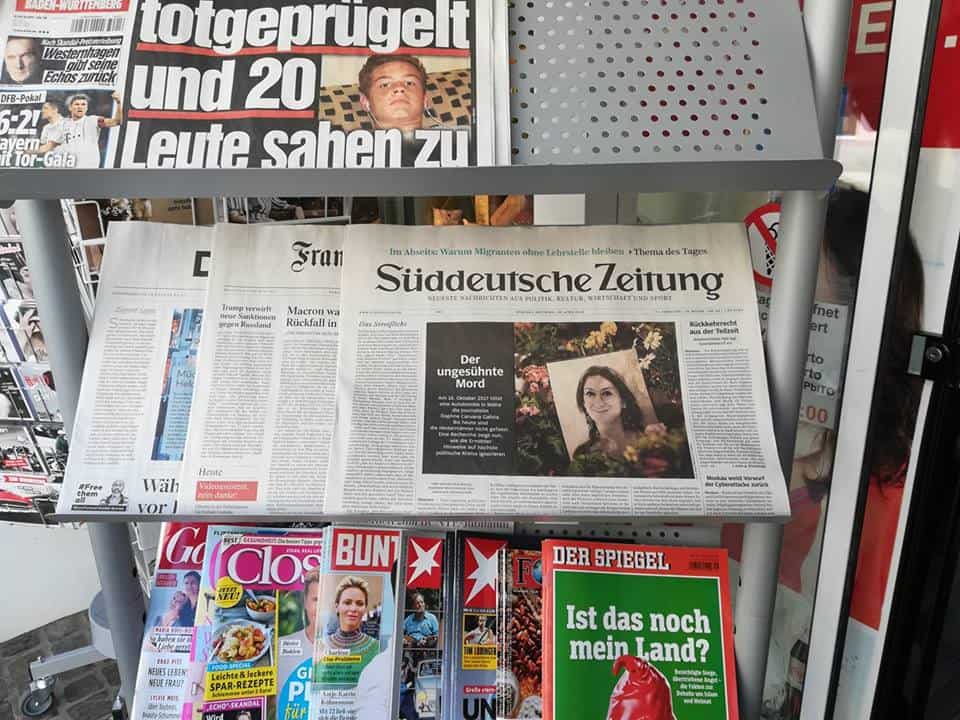 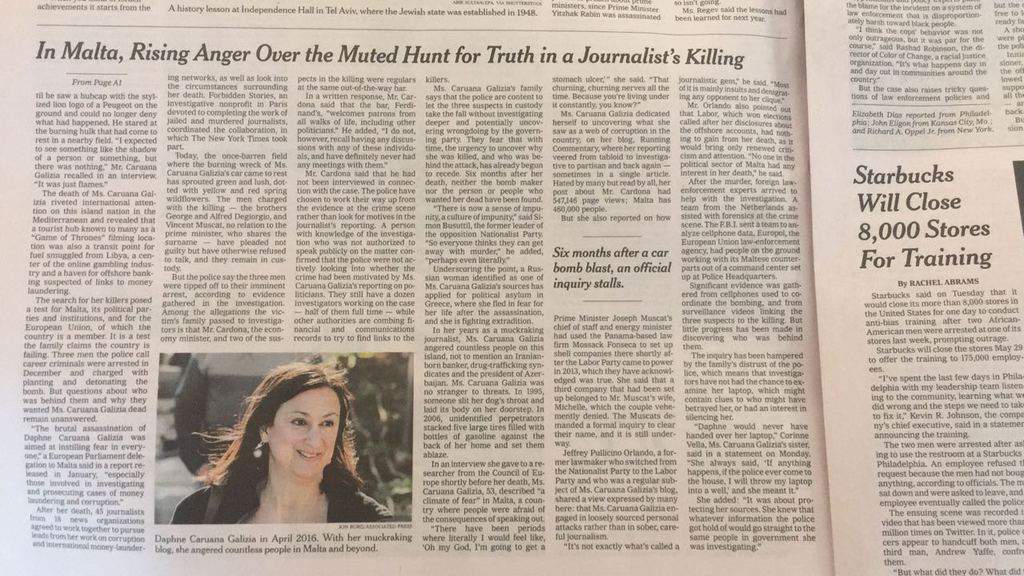