“Terms of reference for mediation in the PN”. I’m sorry, what? 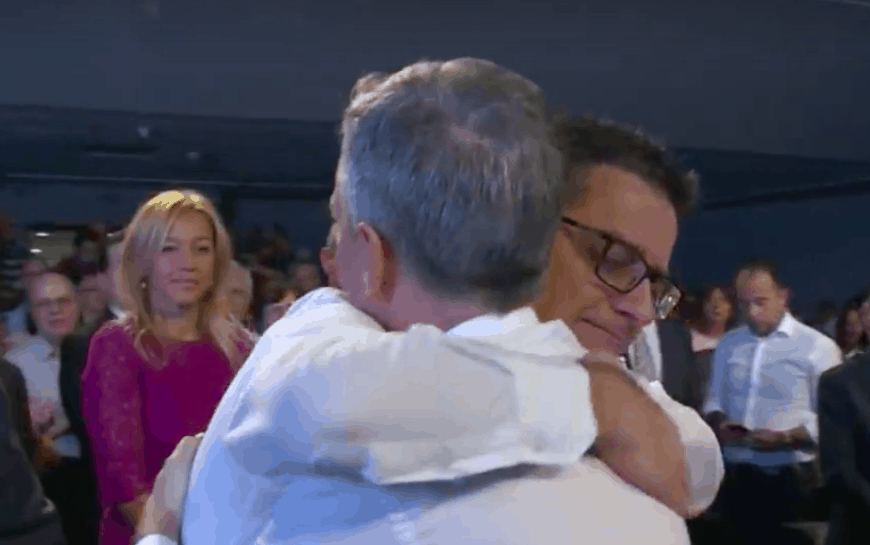 They’re calling them terms of reference for mediation. I look at that phrase, and when I try to unstick it from notions of Middle East Peace processes or the Paris talks on South Vietnam, I am not left with the faculties to comprehensibly apply it to Malta’s opposition party.

Let’s try to untangle this, shall we?

Adrian Delia told Simon Busuttil he should quit the parliamentary party within an hour of Joseph Muscat’s press conference on Sunday: the one with the crying at the end. Adrian Delia’s press conference on TV was a couple of hours after that but what matters here is what Adrian Delia did when Simon Busuttil was sitting across from him in his office while Joseph Muscat’s eyes were still red and wet.

Try not to be distracted with how this has been twisted since then. Adrian Delia did not order Simon Busuttil to say three Hail Mary’s. He didn’t tell him to fast for a couple of days and lay off the sugar. He told him he would fire him from the shadow Cabinet, because he could, and to quit the parliamentary party because he couldn’t fire him without a very cumbersome and bloody process.

Simon Busuttil said no. Again try not to be distracted with how this has been twisted since Sunday. Simon Busuttil did not tell Adrian Delia he wanted his old office back. He did not ask him to back him up and defend him. He reminded Adrian Delia that the Nationalist Party has never thrown people out for doing their duty.

Incidentally, the Nationalist Party can be faulted for being reluctant to throw out people it perhaps should have. John Dalli was never fired from the party. Franco Debono who rebelled in the Parliamentary group; Jeffrey Pullicino Orlando; Jesmond Mugliett: none of these was tried and excommunicated from the party.

If he hadn’t done any of these things, he would have neglected his duties and then perhaps a political trial might have been appropriate. But are you firing him for doing his job?

And if the process of dismissal is to be just, everyone who protested corruption must also be tried and excommunicated leaving Adrian Delia alone in the party innocent from having done anything in the party before his sudden appearance from nowhere after the last election. All those Administrative Committee members who voted to back the boss against Simon Busuttil would have to go as well.

So what sort of mediation are we looking at now?

There are only two possible outcomes here.

Adrian Delia realises what he should have anticipated last Sunday that if he is to stick to his insistence on Simon Busuttil’s removal, he’s going to have to drag the party through an unfair political trial unprecedented since the crisis between Ġorġ Borg Olivier and Herbert Ganado more than half a century ago.

He might well win the argument at the end and achieve Simon Busuttil’s dismissal as he commands a majority in the Executive Committee. Though many of those people have a conscience and may surprise the party leader and not go along with his wishes.

After all why burn Simon Busuttil at the stake for losing the last election when he’s already paid the price with his voluntary resignation from the leadership, at the time over most of their objection.

In any case, he may at the end of that hell rid himself of Simon Busuttil but will be left with a party that will be even less politically viable than it is now.

Seeing all this Adrian Delia may be persuaded to eat humble pie and withdraw his call for Simon Busuttil’s resignation from the party.

But then, right now Adrian Delia would desire that outcome as much as a hole in the head. It would be an acknowledgement to his supporters that he has the foresight of a mole. That even if they’re not yet prepared to agree that he is a plant and agent of the Labour Party, they will have to agree that he is trying to win at chess when he hasn’t mastered the art of avoiding to lose at tic tac toe.

I understand veterans fearing the dissolution of the party, its breakup, the squandering of a century and more of heritage, the abdication of the moral and constitutional responsibility to oppose the government and keep it in check.

But there’s a misunderstanding here perpetrated by Adrian Delia’s people who are trying to obfuscate the spectacularly treacherous disloyalty that their boss has shown, his gross incompetence and inability to lead a committee of one let alone a major political party.

This is not a battle between Team Adrian and Team Simon. This is not a ship being run by two captains when one most definitely is not. There is no scenario where Simon Busuttil becomes the leader of the PN. He has been but by his own choice, having assumed political responsibility for the loss of the last election, he will never be again.

There’s only one ship here. There’s only one captain. And the fact that she’s taking in water and going round in circles, against the wind, is his responsibility alone. You cannot mediate with that.

Previous:Putting it behind us?
Next:Has the PN run out of lawyers?