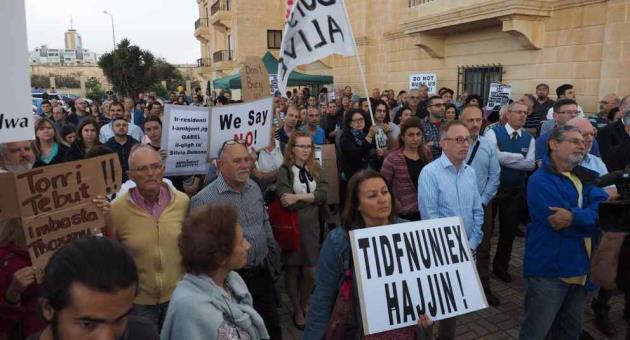 Why has the Prime Minister remained silent and done nothing about the scandal concerning the handing over of public land in Pembroke to the DB Group? Repubblika will not allow Robert Abela to avoid shouldering his responsibility with regard to this filthy corruption.

We demand a public inquiry so that the whole truth may finally emerge and we can stop witnessing Joseph Muscat and Konrad Mizzi’s game of blaming each other. The Auditor General’s report states very clearly that the land was not handed over in conformity with the law.

Robert Abela has to make up his mind: either he is going to continue drowning in the filth generated by those who preceded him, or he is going to do his duty. It is an insult to the Maltese people if he tries to use COVID-19 as an excuse in order that we may forget and not insist in claiming back what rightfully belongs to all of us.

He is either going to be part of the filth and corruption generated by Joseph Muscat and Konrad Mizzi, or he is going to do his duty and clean up this disgusting case. Robert Abela cannot use COVID-19 as an excuse to sweep this filth under the carpet. Corruption is also a serious illness which breaks the moral fibre of a country and sickens the economy.