Investigations by Nello Scavo of l’Avvenire and Sergio Scandura of Radio Radicale have thrown more light and provided details about the identity and the fate of the passengers of a dinghy identified by Maltese rescue authorities late on Easter Monday but dragged to Libya two days later by an apparently stateless boat showing no name or details.

Witnesses interviewed by the United Nations in Libya say the boat left Libya with 63 people on the evening of Maundy Thursday last Easter weekend. Most of them were from Eritrea and other sub-Saharan countries and included 7 women one of whom was pregnant, and 3 children. Many of them had been imprisoned illegally by human traffickers for a long time. One witness said she had been imprisoned in Libya for 3 years before she was taken to Garabulli beach, around 50 kilometres east of Tripoli. They waited for 3 days on the beach without any food. 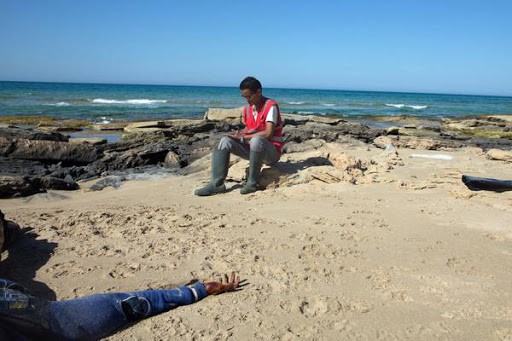 Though Garabulli is known as a fortress controlled by people traffickers, Libyan patrols let slip four loads of migrants recently.

On Good Friday the EU frontier agency Frontex spotted three dinghies within Libya’s search and rescue area. Italian news agency Ansa reported that Frontex informed Italy, Malta, Libya and Tunisia of the dinghies. This means all surrounding countries were aware of the dinghies but none of them moved to save them.

The next night, one of the dinghies contacts Alarm Phone to ask for help. They say the dinghy is taking water in and they did not know where they were going. Alarm Phone informed Malta, Italy and Libya. No one intervenes.

In the morning of Saturday of the Easter Weekend, Libyan coast guard tells Alarm Phone that Libya cannot save the boats but that Malta and Italy were informed.

By Easter Sunday the boat was within Malta’s area of search and rescue responsibility. From within Maltese waters a woman on board made this cry for help. This was first broadcast exclusively by news website Mediterranea.

“Is there anyone who help us? There are two people who died here. The child is very sick. It’s not good at all. Two people have already died. Things are not good. The child is sick. Come and help us. Things are not good. Not good at all. I (unclear), the child is very sick. There’s no food and no water. He is 7 years old. I am pregnant as well. Two people died here. Respondent: did you ask the authorities for help? Yes we did that. I had no answer since.”

Nothing was heard from them until Malta’s Navtex late on Easter Monday that a dinghy had been spotted and needed to be taken to safety.

L’Avvenire reports that later that same night Malta withdrew that Navtex with no explanations. The newspaper quotes Italian coast guard saying that “all they (Malta) told us was that there was no emergency at sea any more because there had been a salvage.”

But it wasn’t until early Wednesday that a Portuguese ship – Ivan – rerouted to give shelter to the dinghy in trouble. 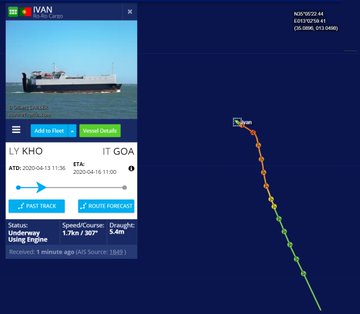 When they returned to Libya survivors said three migrants jumped into the sea to swim towards the Ivan that was too big to collect the migrants from the dinghy. When another 4 saw the Ivan sail away from them they jumped into the waves. Survivors said they suspected these could have been suicides as by now they had had several days without food and water and have given up all hope of survival.

“We called for help. Three people tried to swim to the big ship as it turned away from us. They drowned.” Alarm Phone has a witness inform that “we also signalled the plane that flew over us with our phone torches. The plane certainly spotted us because it replied with a red light. Then out of nowhere another boat came and picked us up.”

That’s when the nameless and flagless fishing vessel showed up. Read more about it here.

Alarm Phone, Mediterranea and Sea Watch stated that these peoples were known by European authorities for 6 days after they were first spotted by a Frontex asset on 10 April. With its Navtex issued on Easter Monday Malta assumed responsibility for coordinating the rescue. And yet it refused to offer a safe harbour because of Covid-19.

The dinghy’s final destination was Libya. Read here about the relative safety of the Tripoli harbour at this time compared with Malta’s.