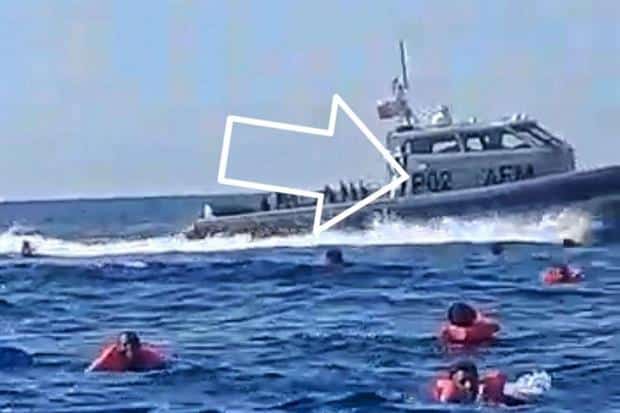 Italian home minister Luciana Lamorgese said she sent a video of migrants in distress at sea 6 miles from Malta’s coast as an AFM boat piloted through them, to Malta’s Byron Camilleri and told him she thought Malta’s behaviour was “absurd”.

Minister Lamorgese was speaking on Rai Due’s Che tempo che fa: “I forwarded the video immediately to the Maltese home minister on WhatsApp. It seems absurd to me that just months after we signed an important agreement with Malta, they would then manage the situation the way they did.”

Luciana Lamorgese was asked to react to the video published in Italy by Avvenire. The video is part of an investigation that shows that instead of bringing the migrants ashore, Malta’s armed forces pushed people who were already inside Malta’s territorial waters out of Malta and towards Sicily.

“The Maltese minister told me that what the video shows is not exactly what happened. I still thought it was appropriate to draw the attention of the European Commission,” Minister Lamorgese also said.

A clip of the TV interview which was later reported by multiple news agencies is shown here.

The government and the army have not yet provided any formal reaction to the video, particularly on the charge that Malta pushed migrants out of Malta’s territorial waters.

Previous:THE SUNDAY TIMES: What do you want?
Next:Police Farce