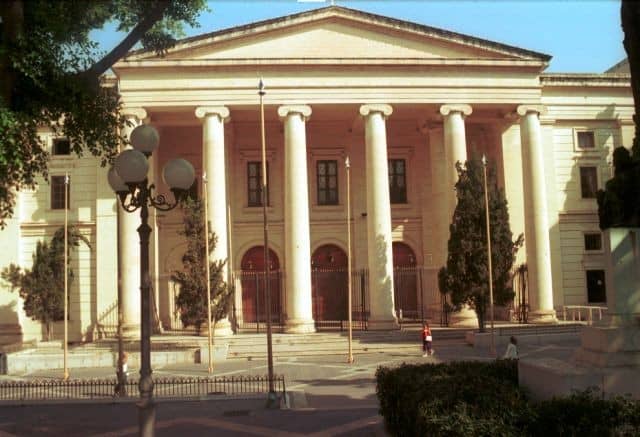 7. As the government acknowledges in its letter, legislative changes in this regard that have already been adopted by Parliament remain theoretical. No time frames are given for implementation, in spite of the fact that the letter of the government is headlined “implementation of the recommendations”.

We do not think these delays are innocent. As with the delay of implementing reforms in the appointment of the judiciary, these delays are intended to ensure that people connected with grave corruption scandals, covered up by the assassination of Daphne Caruana Galizia, continue to enjoy impunity for as long as possible, and after all the tracks have been covered up and evidence dissipated.

8. Even here the proposed changes fall short of the objectives indicated in the Commission’s recommendations. No figures are provided on the percentage of prosecutions that will pass from the Police Department to the new prosecutor’s office; anecdotally, it would seem that in the great majority of cases, the prosecutorial responsibility will remain with the Police.

This means the government will again miss the opportunity to focus the police on their investigatory role. Consequently, the multiplication of responsibilities would continue to ensure that the police are effectively hindered from policing complex crimes, particularly money laundering, financial crime, corruption and bribery. On top of this, one must take into account the resourcing and political control of the Police on whom prosecutors must rely, a subject discussed elsewhere in this document.

9. Similarly, the government has ignored the Commission’s recommendation to transfer the role of conducting magisterial inquiries (referred to as ‘inquests’ in the Commission’s report and for convenience hereafter in this document) from the magistrate’s bench, and allocate it to the prosecution service in respect of collating evidence, and to the police in respect of investigating the crime. It is in these two latter institutional structures that it should belong.

We do not think this omission on the government’s part is just an oversight. The current arrangement has allowed for the open-ended postponement of inquests that were supposed to be gathering evidence in politically-charged cases of corruption. Malta still has no concluded inquest into the evidence revealed by the Panama Papers scandal, to mention one example.

This interminable delay is not subject to anyone’s review except the Attorney General’s who, as an appointee of the government, may, like the magistrate, share a lack of appetite for any conclusion that might cause problems to political masters.

At the same time, the existence of an ongoing inquest is used as a reason for the police to justify their total inaction, even though the law clearly empowers and requires them to act independently of the rate of progress of an inquest.

The Attorney General’s unhindered discretion on what to do with a concluded inquest (the procès-verbal) aggravates this matter. Inquests that ‘exonerate’ a government official are hastily and prominently published, whereas public information on inquests that give grounds for further criminal action can be suppressed.

We are not surprised therefore that the government has completely ignored your recommendation in this regard.

10. The indication that the government intends to introduce judicial review of decisions made by the prosecutor is ‘a welcome step’. The devil here, as elsewhere, will be in the detail.

One detail that has already emerged from the remarks sent by the government is that any right to request judicial review will be strictly limited to alleged victims of the alleged crime. This will retain the crippling limitation of lack of judicial standing, for anyone contesting on the basis of general public interest, the prosecutor’s decision not to prosecute crimes committed by politicians and people with state power, particularly corruption.

The Commission’s recommendations were first requested by PACE in the face of suggestions that the prosecutor (and the police) did not act on evidence of corruption involving senior politicians including, though not limited to, the revelations made in the Panama Papers and the investigative work of Daphne Caruana Galizia.

It appears that the government intends to prevent anyone in the general citizenry or in civil society, acting on the basis of public interest, to resort to this right to request judicial review of decisions not to prosecute corruption.

Who is the victim of corruption? It would take a very liberal or judicially active court to allow the answer to that question to be ‘anyone’ for the purpose of establishing legal standing to make a claim against the prosecutor.

11. It should be recalled that the Commission made recommendations about separating the roles of counsel to the government and prosecutor. This was not merely due to the complex nature of that combination, but to ensure that the prosecutor is independent of government influence or interference when deciding whether to prosecute or the possibility of lack of vigour in the prosecution of suspects enjoying political influence or power.

In this regard, though the creation of the role of the State’s Advocate and the separation of that role from the Attorney General’s is ‘a welcome step’, the fact that both remain appointed at the exclusive and unhindered discretion of the Prime Minister means that the independence of prosecutorial decisions from political interference remains questionable.

Inasmuch as the unhindered authority in choosing who gets to be made a member of the judiciary or promoted within or into a role in the judiciary is, in and of itself, a political encroachment on judicial independence, so is the unhindered authority of the executive in choosing who gets to be prosecutor and how they get to be promoted in that role.

This is an especially important consideration, when it is clear to us that organised crime and corruption have infiltrated the prosecutor’s office. Very recently, a prosecutor working in the Attorney General’s office shifted allegiance overnight, and joined the defence team of the person charged by the same Attorney General with commissioning the murder of Daphne Caruana Galizia. We have no way of knowing how deep into the offices of the prosecutor this mafia infiltration is, and unrestricted executive authority on all appointments within, provide us with very little reassurance.