While he learns from his mistakes. 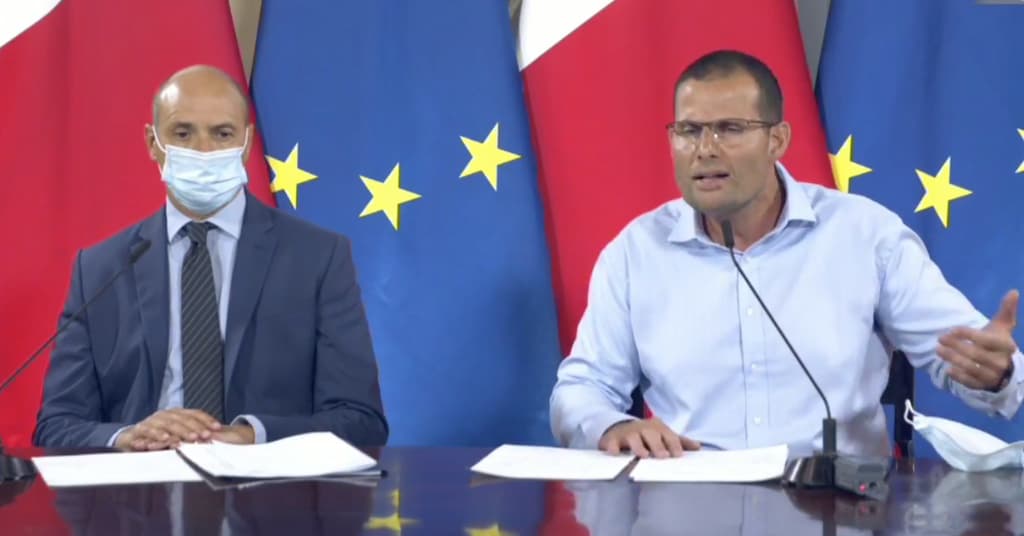 The country is bracing itself for the announcement of a fresh record of covid infections. We are now somewhere at a rate of infections which is proportionately about 10 times as high as the UK. They have considerably stricter restrictions there and their health authorities continue to advise caution.

The pattern is repeated in other countries as well. Except for countries with loony, populist governments like Hungary or Brazil or some American states governed by cowboys, most sensible countries are keeping restrictions tight to make sure the virus does not run out of hand before the vaccines have had enough time to be able to manage the disease without other accompanying measures.

Yet another thing this virus is teaching us is just how inadequate populism is as a system of government when the only proper political options available to leaders require them to give their audiences bad news. Although much like Robert Abela and his support base there is no guarantee Europe’s voting populations will learn that lesson quickly enough.

For this is a country run under a political program that is officially synthesised in the drunken maxim of l-aqwa żmien, we must pay the price of populist government.

There will be time to examine how we got to the point where we’re finding so many hundreds of new infections every day. When this is over, we will need a public independent inquiry to examine the conduct of our institutions in the face of this crisis because another one could follow soon after and it would be irresponsible to fail to learn from our mistakes.

No one denies there have been mistakes. In a fit of uncharacteristic sincerity, Robert Abela admitted as much at that fateful press conference when he shut down restaurants last week. True, he was under the influence of drugs and was, by his own account, “broken” under all the pressure. But none of that is a reason to discount that he was being authentic in his public admission that he fucked up along the way, perhaps without the benefit of hindsight.

This is not the time for I told you so’s. It is not the time to point out that the government ignored advice from its doctors after the Christmas holidays and reopened things too fast. You will remember how Kenneth Grech was fired from the covid response team for advising schools to stay shut for some time after the Christmas holidays to allow the consequences of the holiday partying to fizzle out first. He was far from alone in expressing that cautious view that feels like and advice we devoutly wish we had taken. But the other doctors kept their opinions to themselves when they realised the government was going to punish them for having opinions that were inconsistent with Robert Abela’s mindless optimism.

That too will be for the post-mortem inquiry to establish.

Let’s talk about now. Let’s talk about how Michael Farrugia told a stunned audience yesterday that he skipped the line for vaccinations even though he’s a fulltime government minister, not a practising doctor. His excuse was that he is visiting homes for the elderly. The first question is: why? Children of residents of old people’s homes are kept away but Michael Farrugia thinks it’s ok to get close to other people’s relatives. The second question is: does the Minister realise that if he’s vaccinated he’s only protecting himself but he can still infect residents and staff of elderly homes that haven’t been inoculated yet?

Then there was Robert Abela’s press conference itself, strange for oh so many reasons that one other reason, in particular, has been largely overlooked. A man walked into his office saying he was sick and should have rightly stayed at home. Without a mask, he raised his voice projecting it in the faces of people watching him. He was asked many annoying questions that morning but no one asked Robert Abela, ‘excuse me, sir, when did you last take a covid test?’

Of course, Michael Farrugia or Robert Abela’s lungs alone cannot be the cause of a boom in infection numbers. But they are representative of the corruption underlying the vaccination program. Chris Fearne waxed melodramatic about opposition MPs asking him to skip the queue until it turned out that one of his colleagues on his side of the aisle did that. The fact that we’re talking about this, when MPs are such a small number in the population at large, really throws light on the mess out there.

Anġlu Farrugia openly asked without embarrassment to be prioritised over other more eligible patients dragging all other MPs with him as his hostages and alibis. He sounded like that spoilt brat played by Richard Chamberlain in Towering Inferno.

Instead of a principled approach where the people who need it most, get first dibs on medical assistance or inoculation in this case, we have an every-man-for-himself scenario where even the covid vaccine becomes a clientelistic transaction.

The bigger problem is that we have a prime minister who is slow to see sense and although under the right drug-induced conditions he realises, too late, that he makes mistakes, he is too stubborn to learn from them. Robert Abela seems unwilling to allow us to understand the implicit admission that he relaxed restrictions too soon, too quickly. He was quick to turn the knob down but remains too scared to turn it back up now that it’s really necessary.

Instead, he demands from us that we share in his delusions: that we’re living in paradise, that we’re on the brink of normality, that our medical services are perfectly fine running four parallel intensive therapy units, that the risks we are taking are reasonable in view of the financial reward coming our way.

The living-in-paradise line is too ridiculous and banal to address in reasonable discourse. But the other points are worrying and need thinking about.

Although the government is not going to admit it, the pressure on Mater Dei is now very, very serious. The prospects are worse. The current levels of hospitalisation reflect the infection rates of a few days ago. Since then we’ve had record upon record of new infections which means that it is reasonable to expect even greater demand.

The government assures us Mater Dei has the capacity to handle everything coming its way. Let us hope they’re right. But allowing the virus to spread to the point where the demand for covid-related hospitalisation is so high has other consequences on our health system. Yesterday, waiting in line at the pharmacist I stood behind a young mother with a painful, swollen finger from a whitlow. She was asking for serious pain killers but the pharmacist was imploring her to go to the clinic and have it treated properly. The pharmacist warned the patient she was asking for trouble if she stayed away from the clinic.

The poor woman did not know what she was more scared of, her finger bursting in a mess of puss or contracting covid from the hospital.

People are staying away from medical care and regular, elective appointments and surgeries are being postponed beyond dates that under normal circumstances would prolong people’s lives.

If there had been an economic flip side to this argument, callous as it would be, there would be some consolation. Perhaps Robert Abela could tell himself, if not the rest of us, that it is ok for people who would normally survive cancer with timely treatment now having to die because the hospital is too busy treating covid patients infected because the virus has been allowed to roam. It is ok because, say, the government’s policies are vital for the economy.

But they aren’t. On the contrary. As people living in tourism markets up north start getting excited about the possibility of travelling in summer, no one is thinking of Malta. No one in the UK is particularly excited to emerge from their lockdowns and restrictions to fly to a country with 10 times the infection rate of the UK. They want to go to countries where infection rates are very low because when it mattered, governments there imposed restrictions that restrained the spread of the virus.

While those countries exercised foresight and restraint, we lived Robert Abela’s false paradise, partying late into the night at Gżira seafront so-called restaurants like covid was another “allegation” dreamed up by those pesky nazzjonalisti.

What matters today though, is what happens today. No decision by the government can reverse the mistakes we have made. But the government does have a choice between learning from those mistakes or repeating them. What we do today can change the future. It can slow down this exponential growth rate of infections. It can reduce demand for hospitalisation. It can reopen space for people to seek and get treatment for their other medical needs. It can stabilise the rate of infections until the vaccines get their effect. It can allow us to reopen to the world sooner and stronger than the present catastrophe indicates.

Someone, please give Robert Abela whatever he was swallowing last week so that he remembers his mistakes and perhaps learns from them.

Previous:Asset recovery? You must be joking.
Next:STAR COMMENT: Who’s reading this?