Is Edward Scicluna getting instructions from Ali Sadr?

Edward Scicluna stood in Parliament defending the decision of the MFSA not to use its powers at law to suspend Pilatus Bank’s banking license. He patronisingly attempted to explain the nuance, too obscure for us mere mortals to comprehend, of the distinction between Ali Sadr as Chairman and Director of the Bank and the bank as an entity.

So Ali Sadr was removed by the MFSA as director of the bank. And the bank was left in business so that the bank’s owners could still collect their profits.

Now we find from a letter sent by the CEO of Pilatus Bank Hamidreza Ghanbari who the owner of Pilatus Bank is. We could not have done it without his help because the ownership of the Malta company is layered in multiple companies in Hong Kong where beneficial ownership is kept hidden.

Thank you Hamidreza Ghanbari for letting us know.

Turns out the owner – the only owner – of Pilatus Bank is the same Ali Sadr.

Here’s the extract from a 7 page letter Hamidreza Ghanbari sent to the European Parliament delegation investigating rule of law in Malta. 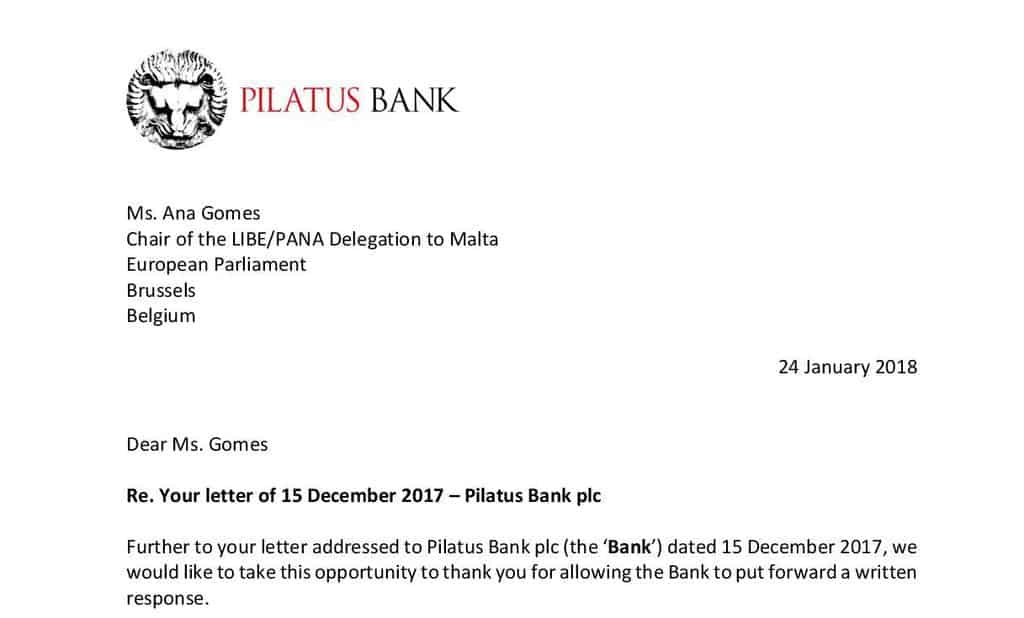 So the government have removed Ali Sadr from his directorship of the bank. A blank bullet if ever there was one because it isn’t like he can direct much from inside an American federal prison. But in retaining the bank in business it has protected Ali Sadr from losing the profits from it. He still owns it. There’s still a license for it to operate. The show goes on.

Why is Edward Scicluna, and why are the government, so keen to protect the interests of Ali Sadr even in the extreme situation he is in right now?

Perhaps this is connected to the finding in the suppressed FIAU report into Keith Schembri’s affairs at Pilatus Bank. I quote from that report “The FIAU has also been informed that Mr Schembri took a personal interest in the licensing process of Pilatus Bank plc under the Banking Act.”

Can Professor Edward Scicluna let us know if Mr Schembri is still taking a personal interest in the continued and confirmed licensing of Pilatus Bank?