I’ll be honest with you. I cannot be fagged to go down the comments board, particularly the ones under the Facebook posts, to give individual answers to the shocked, the obtuse, the stubborn, the disappointed, the angry, the stupid, the facetious, the cowardly and even the odd sincerely confused.

What they all seem to be asking, from whatever point of view they write, boils down to one thing: why does Manuel Delia write in a way that makes the PN, particularly its leadership, look bad?

Some remind me of when the buses came late as if that has anything to do with anything. Others appeal to my residual loyalty to the flag or my transparent desire to see Joseph Muscat’s cabal kicked out of power. Others are just plain rude and obtuse.

The common theme however is that there must be some “hidden agenda” and though it has not come as far as a suggestion that I’m a closet Labourite (hear them laugh!), they think, it seems, that I have to be a closet something.

Look at Matthew Mamo of NET News threatening to reveal some ‘big secret’. If your big story is that I’m running for MEP with a small party Matthew, that’s been out and about for some time and, quite obviously, has no basis in fact. 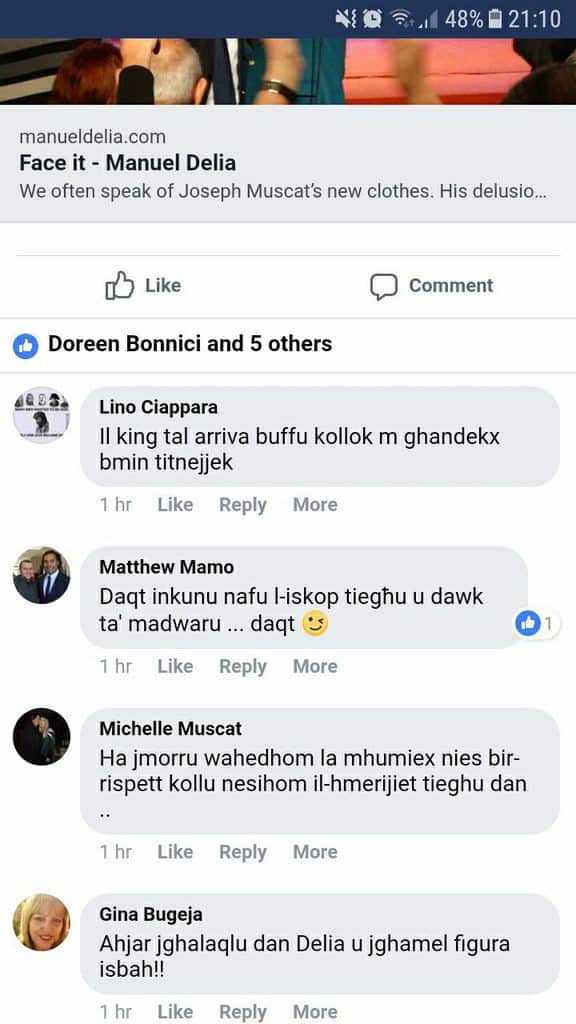 I write, every day, most days several times a day. Is it possible that all those tens of thousands of words do not reveal my intent?

And is it possible that you take Labour’s blanket accusation that I speak for the PN and swallow it wholesale?

I do not speak for the PN. I worked for decades in the PN. I voted PN all my life. I was an election candidate on behalf of the PN. I left active politics in 2013 because until then I had done it as a full-time job and when I was fired by the people of Malta, along with the entire government I worked for, as they had every prerogative to do, I went on to earn a living in the private sector.

My writing is not beyond reproach or criticism. But criticise what it says rather than for reasons you imagine made me say it. Leave the agendae to employees of political parties who colour information by how well it serves the interest of their employers.

Not having an agenda is not equal to “being a virgin” or being “holier than thou” or “insejt żmieni”. Not having an agenda means that criticising a party leader is not the same as not accepting they were elected democratically. That silence and loyalty is an obligation of party officials who decide to stay on and back the leader they did not choose.

I am not a party official and I am under no such obligation. I don’t criticise a party leader because I did not choose him. I criticise him or her for the reasons that I present in my criticism. Read the piece if you want to know why I wrote it.

My post of yesterday assessing the significance of the consistent poor polling of Adrian Delia’s trust rating and the PN’s voting preference touched many a raw nerve. I should not write what would harm the party, I was told. Why? Does writing about it cause any more harm than the findings of the polls themselves? Does not writing about it remove the reality that the polls describe?

My post of today noting Nicky Vella de Fremaux’s return to Facebook when she was so explicit about her motivations on withdrawing from it and so flippant about her return, touched some macho sensibility and got a pained response from many people who said they used to like what I wrote but no longer do. I’m sorry they feel that way.

But if I had not written about it, the fact that she was categorical about her reasons to withdraw from Facebook (“a fake reality” she called it) after her posts proved extremely controversial, and consciously ignored her categorical statement when she came back, is and remains there.

She’s a public figure. Face it. You don’t have to like me for telling you the bleeding obvious.

But though I don’t claim to have the monopoly on truth or analysis, and I may or may not have been right to comment about the subject, the fact is the behaviour of the leader of the opposition’s wife is of public interest. 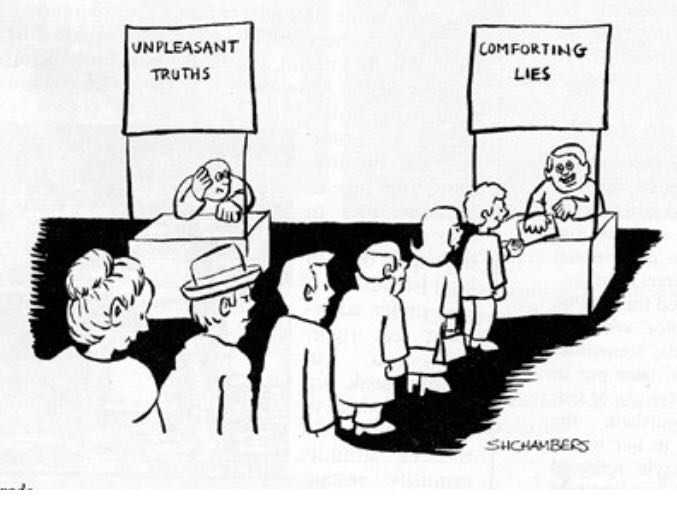 If I lost your readership because you feel what I write hurts your party then you really should think why it is the party hurts. Is it because of what I say or because I say it?

Because if I don’t, somebody else should.