The ‘urgent’ awarding of a planning permit for the prime minister to gut his Burmarrad house is not just embarrassing favouritism. I am not an avukat-perit but I can smell rot as much as the next guy. The permit granted to the prime minister is also illegal.

Here’s a summary of the facts.

Firstly, Planning Authority public records show the prime minister’s architect filed the application on 15th March, 2018. Not yet a month ago.

Secondly, having been filed and checked, the application was validated as correct on the 7th April, 2018: last Saturday. According to the law (see Legal Notice 162 of 2016), this is the date from when the Authority “considers the application to be valid”. It is when the proverbial timer starts ticking.

Now take a look at the Government Gazette of 21st March. (Gaz 21.3 PA notices) Search for the prime minister’s application (2537/18) and you will see that it is alone in a list of several dozens to have a shorter response date for public consultation. Everyone else has to stay in line. The prime minister skips the queue.

Here’s the shocker. The application was validated on 7th April. And the permit was issued on the same date. Therefore the ticker on this permit which is expected to take weeks to allow people to react, because this is a democratic society, clocked all of zero days. This is unheard of. It is an outrage.

In its response to The Malta Independent, the Planning Authority tried to explain away why drawings for the development were not made available on line. They fudged something in the sense that “the application affects the internal elements of the residence of the PM”. So what? The law is quite specific about what cases can justify withholding of plans. Anyone who has ever applied to do anything in their house knows this.

Article 33 (Cap 552) requires “detailed plans” of every application to be made available for public inspection.

The only exceptions to this rule are “applications which relate to national security, defence, banks, prisons, the airport and other institutions or premises whose security it is desirable to safeguard”. Is this the reason the drawings were not published? Do we now think the prime minister’s personal residence has the same security risk as a bank or a prison? If yes, why not say so? Why lie and say the drawings were not needed?

Pretty friggin’ far from it actually.

So quite the opposite of what the Planning Authority is saying here, the endorsement of the Chairman is only half the business done. The law wants the decision not to be taken by the recommenders. And the opposite happened in this case.

This is what bad governance looks like. It is what corruption looks like. This is a case where public services are tamed to serve private and personal interests. This is where the prime minister walks in, skips triage and the laws that are supposed to apply to everyone are ignored because it’s him.

Burmarrad has been turned into Versailles. And the state of Malta is now Joseph Muscat. 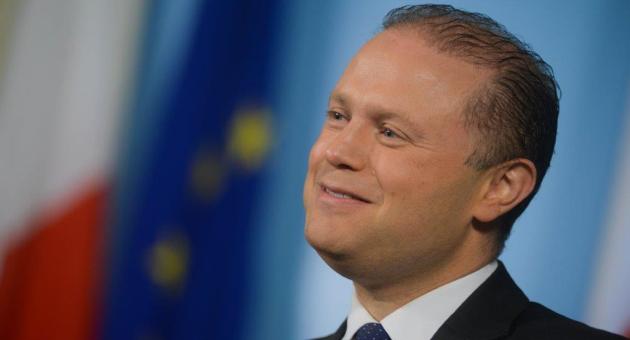