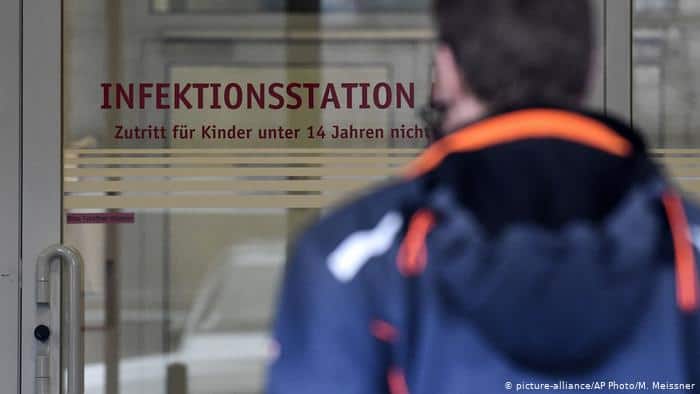 Having had the benefit of spending years in various European countries, worked there, paid taxes there and experienced their healthcare systems, I can understand the different results of the approaches to the Covid-19. Since January, when the virus reached Europe and the USA, countries reacted differently exposing the investments made or the lack of preparation or investments in pandemic preparedness of the past years.

We also see the philosophies of the various countries. Some prioritise the economy and the preservation of wealth. Others prioritise the health and welfare of the weakest in society at whatever cost while a third group tries to achieve both of these objectives.

My experience covers Sweden, France, Belgium, Germany and the USA. How had they prepared for this eventuality in the last 20 years? How did they react to the first news from China? How did they inform their citizens? Were their spokespersons trustworthy?

This article is written on the 15th April and the numbers may have changed when you read this. (Scroll down for an updated chart).

Which country would you like to be in today?

The statistics expose the truth. Numbers never lie however one blusters or lies like President Trump or delays and then tries to recuperate like the UK did, or when one country tries to outride the pandemic as though it was a normal flu like Sweden is trying to do.

9 countries: 3 still on the upward curve with more cases to come, more deaths and a longer pathway to recovery. 6 have reached the top of the curve and are now on the way down with reduction of new cases and, in time, fewer deaths. Deaths are always ten to fourteen days after the peak of new cases. Going down is a very slow process and deaths continue for two weeks after.

The three going up have low number of tests per million and have not registered the real number of cases and are probably much worse off. They were also unprepared with insufficient beds and protection equipment as in the UK and USA. They closed their country and ordered social distancing and lock down late or, as in Sweden’s case, never.

Of the six going down, Italy and Spain have a good number of tests capturing the real number of cases but extremely high number of deaths per million (close to 400). Why? Two reasons: a lack of investment in hospital services and a lack of discipline of the population in the first stages of the lockdown. The third country with a high death rate, namely France, has low rate of testing indicating probably more cases than reported, a lack of discipline during the lockdown and weak investments in number of jntensive care beds.

The best three countries are Germany, Norway and Denmark. All locked down early on, have a disciplined society obeying lock down, invested heavily and consistently in healthcare over the last 50 years and tested intensively from the very start.

Where is Malta on this scale? Malta has done a good job because it shut down relatively early except for the delay in shutting the ports and airport allowing the importation of the virus in the first place for which I blame the prime minister. Investment in healthcare with Mater Dei and our health workers has paid off. We have a low death rate of 7 per million, a high testing rate of 43305 tests per million and very calm transparent reporting to the public by Minister Fearne and Mrs Gauci.

For particular reasons of health of a couple of my German family members who are obliged to remain here for treatment, I am glad to have been stranded here in Germany when the pandemic started and airports were shut.

Hospitals have spare equipment should I need them, all neighbours and citizens obey the stay at home orders in spite of good weather. Schools, shops and factories are closed but everybody is receiving economic support from an extremely healthy economy that can afford to pay compensation to all. Over the past several years Germans were criticised for not spending in the consumer frenzy but were saving in health insurance and pension funds. They are now are benefiting from this sense of thrift.

Testing is the only answer for the next 10 months until a vaccine is placed on the market. By testing one can isolate suspected cases early and totally and therefore stop the exponential spread. Tests will identify workers with anti-bodies. Only then can we start opening up society.

Italy and Spain are both in the 350 deaths per million while Germany and Norway are ten times lower at 38 and 25 per million.

No deaths per million because of a virus is acceptable. Economic loss should be tolerated in order to reduce the death rate to zero and to await the arrival of the vaccine. No opening up before 2021.

Chart updated on 6th May.

John Vassallo is a lawyer and former Ambassador of Malta to the EU and Nato. He was a Vice President of Microsoft.