A review of the Egrant inquiry conclusions (Part 8)

The eighth part of Godfrey Leone Ganado’s review of the conclusions of the Egrant inquiry: 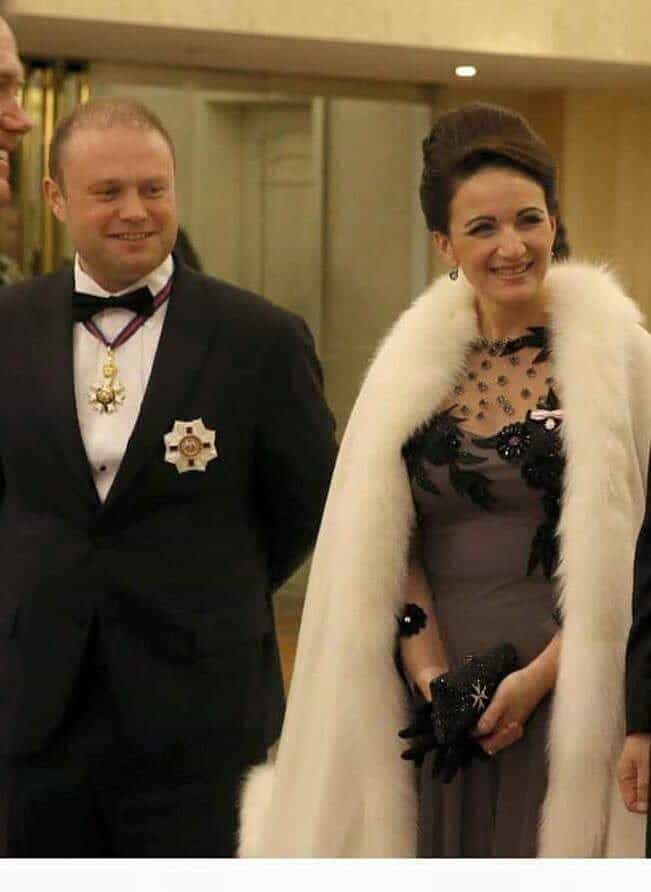 In this article number 8, I will be moving from the Boardroom of Pilatus Bank (article 7) to the so much talked about kitchen, to smell the coffee. However, before doing so, I must describe the substance rather than the form of a safe, as there seem to be misconceptions as to what constitutes a safe, and the debate gets engulfed in form rather than in substance.

The purpose of a safe is to store valuables and or confidential or important documents, in a place where access is restricted and monitored. This could vary from a small safe box to a security cabinet, a fire or theft-proof safe or even a strong room. I must highlight that I am here focusing on physical storage rather than digital data storage as the object being discussed here is a printed document referred to as a Declaration of Trust. One must also note that a Declaration of Trust can also be valid if made verbally although this is not common practice for obvious reasons.

The article states: “In the kitchen at the offices of Pilatus Bank in Ta’ Xbiex, there is a safe in which certain files are kept, and also particular documents marked for extreme secrecy. The safe used to be in the Bank CEO’s office, but for some reason was moved to the kitchen. The safe in the kitchen at Pilatus Bank also contains the documents that answer the question which the whole of Malta has been asking this past year: who owns Egrant Inc, the third company Brian Tonna set up in Panama, for somebody so important, but not Nexia BT, that the name had to be given over Skype, rather than in an email as it was for Konrad Mizzi and Keith Schembri.”

On page 1409 in point 1, the report states that the employees of Pilatus Bank did not all agree about the existence of a safe or filing cabinet located in the kitchen of the offices of Pilatus Bank, however the evidence shows the Bank has a filing cabinet, referred to by many of the bank’s employees as a safe, kept locked and which, for a time, was probably located in the kitchen.

The problem here does not seem to be a question of disagreement but confusion between a kitchen and a kitchenette.

Also, Daphne was never on site at Pilatus Bank and explained in one of her articles that Data Protection Law prohibits the installation of CCTV cameras in places where employees take their break making reference to a canteen which was what the kitchen or kitchenette served for. Daphne must have given the bank the benefit of the doubt in complying with Data Protection Law and Regulations.

The investigating team found a number of documents which made reference to the use of a safe, and to its contents being mainly confidential documents of important bank clients, including Maltese PEPs (Politically Exposed Persons) Keith Schembri and John Dalli.

On page 1409 in point 2, the report states that the investigators found no documents, neither in the safe nor in the filing cabinet in the kitchen, nor anywhere else, consisting of declarations of trust which would show that the shares in Egrant Inc were held by the nominees of Mossack Fonseca in the name or for the interest of Michelle Muscat.

On page 1411 in point 3, the Forensic Accountants Harbinson Forensics refer to paragraph 279 of their report (which we have not seen) and state:

“We have not found any digital versions of the Declarations of Trust you have been given which allegedly show that shares in Egrant Inc are held by Mossack Fonseca nominees for “Mrs Michelle Muscat”. We understand that these were allegedly provided to Pilatus by Brian Tonna when it is alleged he opened a bank account for Egrant Inc.”

Their absence from the data sets of Nexia BT, Pilatus Bank and the Panama Papers would suggest that the Declarations of Trust were not created in either Pilatus or Nexia BT or by Mossack Fonseca.

On page 1411 in point 5, the inquiry report concludes that: “once it results satisfactorily that these declarations of trust were forged, they cannot be considered to constitute proof in terms of law.”

It is very clear that Daphne Caruana Galizia and Maria Efimova were both right in their reference to the existence of ‘a safe in the kitchen’ and that this safe contained confidential documents of important bank clients including Maltese PEPs.

The existence of Declarations of Trust has not been denied by anyone, and here one must also emphasise the plural: more than one declaration, meaning that there were two shares in issue and not one as Brian Tonna has always declared, and which declaration he backed up with a declaration from Mossack Fonseca.

Joseph Muscat justified his allegation that the Declarations of Trust were forged because the address quoted was that of Nexia BT and not Michelle Muscat’s and because Michelle’s identity card or Passport number were missing.

On these details, Daphne had responded and I do not need to comment further. However, one must highlight that Joseph Muscat never brought up the issue of Michelle Muscat being identified on the document as Michelle Muscat Tanti.

In fact, nowhere in the inquiry report conclusions is reference made to ‘Muscat Tanti’. However, this may have been used to clearly identify the surname to the right person since Michelle Muscat is a fairly common combination of names.

The crux of this issue is how Michelle Muscat is registered in the data of the nominee directors or shareholders if she is the registered owner of the shares. Karl Cini in his email dated 24 May 2017, seeking a declaration from Mossack Fonseca’s legal services office in Panama, refers to the name as Michelle Muscat.

The inquiry focused thoroughly on the CCTV footage of Ali Sadr in the boardroom (refer to my article 7), however no comment is made on whether they rewound the CCTV camera in the kitchen or kitchenette to record movements around the ‘safe’ which could have held the crucial information on the real ownership of Egrant Inc, including information on accounts it may have held at the bank.

Determining proof just because the signature is held to be forged does not necessarily mean that the remaining details in the document are not correct. In fact, Jacqueline Alexander refused to comment on the details in the ‘forged’ declaration of trust, and Mossack Fonseca legal services refused to directly certify that no declarations of trust had been signed in favour of Michelle Muscat.

A link to part 6 of this series is here.

A link to part 7 of this series is here.

Previous:UPDATED: Black humour. Literally.
Next:France 24: Ali Sadr and other Iranians in name only